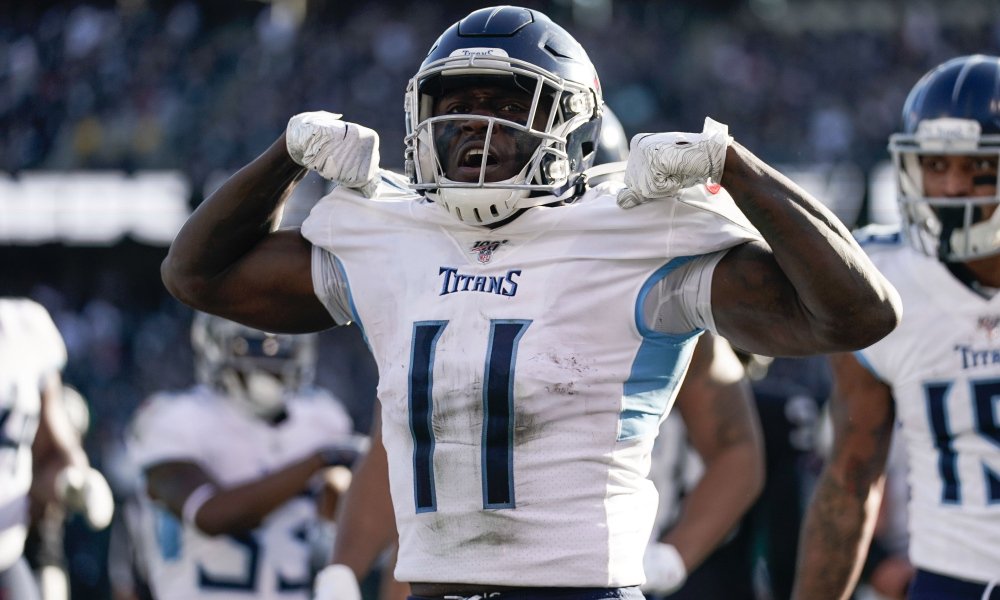 It’s crazy to think that we about to enter Week 4, but here we are with our dynasty buy and sell candidates. There are players with varying levels of value, so there is something for everyone. If you are in a rebuild or in win-now mode, you should always be looking at ways to improve your team.

Through three weeks Miles Sanders is going a little bit under the radar. He missed week 1 but blew up in week 2 for 20.1 points. He then followed it up in week 3 with 14.7 points.

Sanders saw a lot of hype in the offseason and there is no doubting his talent or production on the field. The main reservation was whether he would receive a full workload.

Through two weeks that has been answered. Sanders has received 78% of the snaps and has a team target share of 16.66%. Carries wise he has seen 18 and 20 respectively. This is a true workhorse load and has proved that Pederson will give one back a full workload when the talent dictates.

The Eagles have been somewhat of a tyre fire through three weeks. However, I believe in the franchise and think the offence will eventually improve. That should then give Sanders the opportunity to produce even further.

Beyond this season though you have got a back in his 2nd year that has proven to be an elite back and getting a full workload. He’s currently my Dynasty RB7 whilst he is the consensus RB9. So yes you’re buying high based on his current price but I believe that price could still increase.

The current price of two 1sts and a 2nd represents great value. But my favorite move with Sanders may be to pivot from one of the older elite backs (Cook, CMC, or Zeke) and get Sanders plus another asset. (I personally would prefer Sanders to Dalvin Cook straight up)

The offseason buzz around Matthew Stafford was that he was a top 4 QB last season in points per game before a back injury ended his season. That fact hasn’t changed.

Stafford is currently sitting at the QB19 on the season but he has been missing his superstar receiver. Now with Golladay back in the fold, I expect the Lions offense to rebound. Especially when you consider the upcoming schedule which includes the Saints, Jags, Falcons, Vikings, and Washington in the next 6.

If you’re a contender in a Superflex league looking for a 2nd or 3rd QB to help put you over the top you can’t go wrong with a proven veteran like Stafford who should be reasonably affordable.

His current price is a future 1st and 3rd. I’d be happy paying a 2021 1st and 2nd I’m a contender who can win the title this year. Also, it’s worth noting at 32 Stafford is not over the hill and could still provide 4 or 5 more years of top-level production.

One of my favourite Dynasty moves is to take advantage of people operating in a redraft mindset mid-season. The best example of this is targeting young studs who are injured.

Enter AJ Brown 1 month ago. Brown was being valued as a 2nd or 3rd round startup pick and the WR8. Now we’re 3 weeks into the season and he is still yet to shake off his serious bone bruise on his knee. In his absence, nobody has stepped up and taken over his role as the true #1. Yet some owners may be growing frustrated at not being able to tick his name every week and play him.

Brown’s current price is around two future 1sts. If I can acquire him for less than that I’d be delighted. I would look to trade an aging veteran who is still producing. A player like Stefon Diggs, Keenan Allen, or Adam Thielen. Understanding I may need to add an asset then I think that’s a good starting point.

Buy For The Future

Continuing the theme of targeting injured players and benefiting from others having a redraft mentality. Both of these rookies were in situations where they were highly drafted assets who didn’t have a huge amount of competition for targets. That is still the case yet people may have forgotten in their rush to win next week.

The Jets offence is a joke (as a Jets fan this is difficult to type) their top 5 receivers are all currently injured. On top of this, they’ve lost 3 of their 4 best lineman at times this season.

Four months ago Denzel Mims was a mid 2nd round pick that had the potential to blow up in year 1. He could very realistically be looked at as the leading receiver on the Jets.

That situation hasn’t changed. If the Mims owner is concerned about the Jets offense and the cap this could place on Mims’ ceiling. Aiming to acquire Mims for a future 2nd he could easily provide a profit soon.

If Adam Gase is fired and the Jets continue to add resources to their offensive line this could be an above-average offence as soon as next year. However, that is absolutely not the consensus.

Some people had Reagor as the WR1 in the 2020 draft. Not a sentiment I overly agreed with, but very few had him outside the top 3 from a fantasy perspective.

Essentially everything I said above about Mims can be repeated with Reagor. He has a great opportunity for work volume. His offence has been decimated by injury and people seem to be out on the team as a whole.

Realistically if everyone is fit this is a top 12 offense (Wentz dependant) and Reagor could be a fantastic buy-low option. Anything less than a future 1st is a bargain in my opinion.

Time to take advantage of that redraft mentality again. There is the opportunity to sell a few ageing players that are still producing, but the end is approaching very quickly.

Gurley has been ok but not spectacular through three weeks. With weekly performances of 13.7, 6.1 and 15.2 Gurley is producing as a back end RB2. He offers a solid weekly floor due to his volume of touches. However, he is just not the same player that was once the highest valued player in Dynasty.

Gurley is averaging a measly 3.2 yards per touch and has yet to have a single breakaway run through three games. This past week Brian Hill saw 10 touches too!

I wouldn’t be shocked if as the Falcons fall out of contention they begin to transition towards players for the future. Phasing out Gurley. The next week or two may well be the very last opportunity you have to sell Gurley before the floor falls out. Currently, his value is just a bit less than a future 1st, Honestly i’d be delighted to get two 2nds.

As above with gurley the exact same situation represents itself in David Johnson. Johnson is the RB21 on the season. What makes this sell even better is that after facing three tough defences in the Steelers, Ravens and the Chiefs. A lot of people are seeing Johnson’s upcoming schedule of Vikings and Jaguars and tagging him as a potential buy candidate. So if you play it right you could find a great opportunity to sell the 28 year old RB in the final year of his contract (under contract for 2021 but the Texans can save almost $7m by cutting him which seems likely). His market price is very similar to Todd Gurley of around a first. If you can convince a contender that he is the final championship piece then  that seems like a great price to receive.

So that’s it for the Week 4 edition of dynasty buy and sell. Remember, you can find all of our dynasty articles here, and all of our work is posted across our social media channels. We are on Twitter, Facebook, or Instagram.