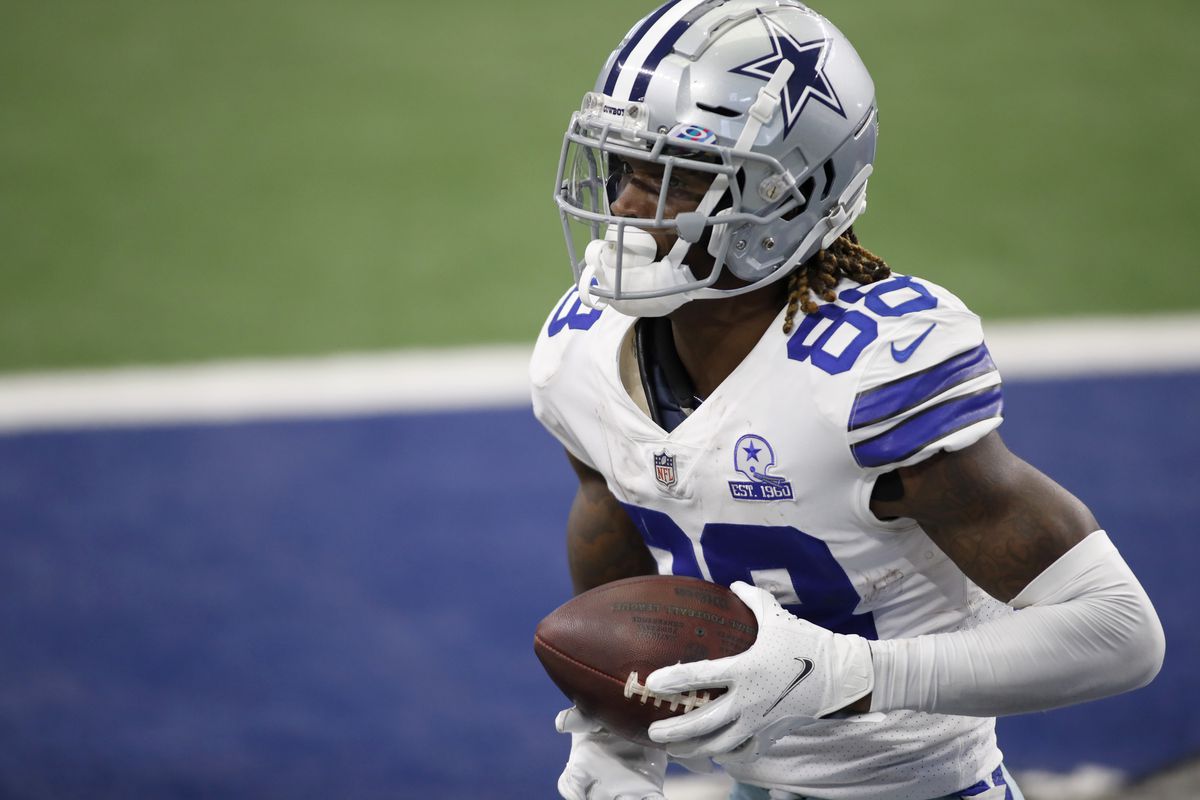 How we have made it to Week 5, especially with COVID postponements rearing their head, but here we are with our dynasty buy and sell candidates. There are players with varying levels of value, so there is something for everyone. If you are in a rebuild or in win-now mode, you should always be looking at ways to improve your team.

CeeDee Lamb is an absolute monster in a pass-first offense. He should also have a stable QB situation for the next 5 years plus. Currently, Lamb is the WR16 in Fantasy Pros consensus dynasty rankings. That feels a little crazy for a rookie WR. But I honestly could see him being ranked as a top 5 WR moving forward.

Currently, he is my WR9 in my current rankings but I could easily see him moving up past Juju, AJ Brown, and DJ Moore. The worry for Lamb coming into the season was passing volume. Simply where would the targets go in a crowded receiver room with Amari Cooper and Michael Gallup?

Through 4 weeks Dallas leads the league in passing attempts averaging 50.8 per game. As a result, Lamb is already averaging 7 targets per game. That opportunity has led him to put up impressive points totals.

With a current price around two future firsts, I think this could be the last time to get Lamb before he is a top 10 Dynasty Asset overall and unobtainable by the vast majority of owners.

I’ve resisted talking about DJ Moore as a buy-low for a number of weeks. The main reason being the panic started by Robby Anderson running away with the Panthers passing attack. After yet another disappointing week from DJ Moore and the 2nd consecutive week where he was out-targeted by Robby Anderson, he is a good buy-low candidate.

The price seems to have dropped as people have panicked and no longer see Moore as the true target monster in the offense. The price floating around on Twitter this weekend was around two future 1sts. That is an easy price to pay for a 23-year-old WR who has proven elite production and one of the best profiles we’ve seen from a receiver entering the NFL.

If you’re coming through a rebuild and are going to really challenge soon, Moore seems like a fantastic target. As you can afford to sit through his current struggles and wait for him to come good whether that is this year or next.

The Moore owner may not be willing to sell and I am certainly holding onto him wherever I own him. But if you can pry him away now the move will pay off in the long term.

A bumper section of buy’s for the future this week. A number of young under-rostered players showed small flashes that could hint at a higher upside in the future. A lot of these players could be available on the majority of your Dynasty Waiver wires.

Vaughn has experienced the full range of hype as a Dynasty Asset. Originally seen as a 2nd round rookie pick, Vaughn gained some hype before Training Camp pushing up his price. That led to him to begin to sneak into first-round consideration.

However, an early stint on the COVID list during Camp and the preseason signings of LeSean McCoy and Leonard Fournette saw Vaughn plummeting. Infact, in some cases, finding himself on the waiver wire in his rookie season.

Sunday saw Leonard Fournette injured and LeSean McCoy pick up an ankle injury during the game which opened the door for Vaughn. Whilst Ronald Jones performed fantastically rushing the ball, it was the passing game that has me interested in Vaughn.

Despite seeing team-high 9 targets Jones’ receiving line was 6 catches for 17 yards including 3 drops. The issue with Ronald Jones has never been rushing the ball, it has been pass protection and his receiving ability.

Vaughn is an excellent pass-protector and turned his 3 targets into 22 yards and a TD. If the Fournette and McCoy injuries prove to be longer-term I could easily see this backfield being closer to a 50/50 split than it was on Sunday. Also with Fournette a free agent after this year, and Jones a free agent in 2022 Vaughn could take over this backfield in the near future.

If the Vaughn owner sees Sunday as a great opportunity to sell Vaughn after his value has plummeted now is the time to pounce. A 2021 2nd should be enough to get it done but honestly, you may be able to acquire him for less.

Jeff Smith was somewhat hyped by Jets beat reporters during the offseason. Not much was being made of it at the time though. He was, at best, the #4 WR on the team. That meant he didn’t have an obvious path to playing time in Adam Gases’ 11personnel heavy offence.

However, with Vyncint Smith looking likely to miss the season combined with Denzel Mims and Breshard Perriman battling injuries it has allowed a high number of snaps for Jeff Smith.

On Thursday against the Broncos Smith flashed playing 95% of the offensive snaps and commanding 9 targets. However, it wasn’t just the volume of work Smith saw, he showed great rapport with Darnold.

When Darnold broke the pocket, he looked for Smith on more than one occasion. That led to Smith turning those 9 targets into 7 receptions for 81 yards.

Smith reminded me of the rookie year of Robby Anderson. Flashing top-end speed on a reduced route tree with an ability to compete at the catch point. Realistically, Smith will be on your waiver wire. But if he isn’t any form of draft capital will probably be enough to pry him away from his owner.

I’ve considered putting Mooney in this spot over the last two weeks. However, I’ve refrained because I couldn’t bring myself to advocate for any part of the Bears offense. Well, maybe Allen Robinson. But I wasn’t sold on Trubisky leading the team.

However, with the switch to Foles, I can now highlight Mooney. Full disclosure: I was quite high on Anthony Miller as a good breakout candidate this offseason.

I felt the offense would take a step forward with Foles at QB. That would mean that the team could sustain a 2nd fantasy option. I didn’t really give much thought to the 5th round pick Mooney. However, the Rookie has impressed and the coaching staff have shown that he has already gained their trust.

He is also 2nd on the team in targets at the position, averaging 5 targets a week (with a high of 9 on Sunday). Mooney has absolutely carved himself a nice role in this offense.

I don’t foresee Mooney being an elite WR1. But as a nice complimentary starter, and bye week fill-in, Mooney could prove to be a useful Dynasty Asset moving forward. Currently valued around a 4th round pick I’d be happy paying up to a 3rd to secure him.

Ronald Jones had the 3rd best fantasy game of his career on Sunday, posting 18.8 points without scoring a TD. So why is he a sell candidate? For me, this comes down to his usage and more of what he did with that usage.

As discussed when talking about Vaughn, Fournette and McCoy were either out or injured during the game. That left only Jones and Vaughn as available backs.

The prevailing thought after Sunday is that this performance has allowed Jones to take ownership of the backfield. Honestly, I believe this couldn’t be further from the truth.

Two weeks ago the exact same thought was in place for Fournette after his 100-yard 2TD performance. If you can spin Jones’ performance into a future 1st round pick I would smash accept. Realistically, my favorite Jones move is to trade a future 2nd and Jones for a 1st.

So that’s it for the Week 5 edition of dynasty buy and sell. Remember, you can find all of our dynasty articles here, and all of our work is posted across our social media channels. We are on Twitter, Facebook, or Instagram.