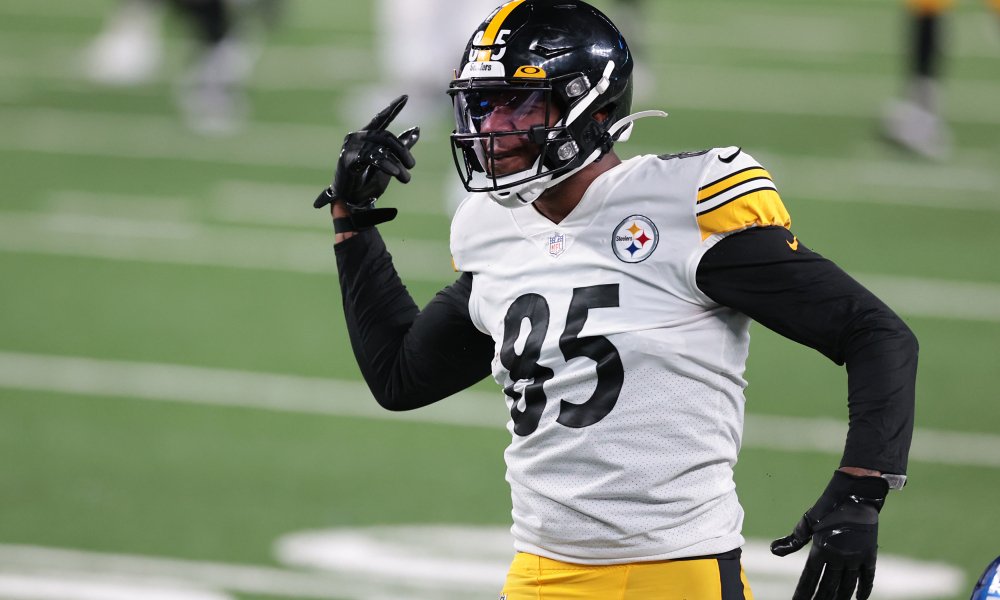 The 2020 NFL season is well and truly underway, meaning time for some DraftKings Week Five selections! The weeks have seen some great action on the field and some big scoring players. Hopefully, that continues for this week and beyond!

Throughout the season, I shall be providing players that I feel you should include in your lineups, with some rationale. So, let’s dig into whom I am thinking of slotting in my lineups for Week Five!

So Prescott scored over 42 DraftKings points in Week Four, and he only saw a $200 price increase? Something is not adding up here.

I would understand if Dallas were playing a top tier defense in Week Five, but I would not class New York as that, unfortunately. You should treat their 16-9 defeat to Los Angeles as an anomaly on a defensive front, as the New York defense has shown their true colours earlier in the season to Pittsburgh and San Fransisco, giving up 26 and 36 points respectively.

This clash up against New York could provide a different game script for Prescott, in terms of probably not playing from behind and being a heavy favourite. However, the scoring opportunities for the Dallas offense outweigh those possible negatives and is something we will elaborate on as we go through the positions.

Keep an eye on Prescott’s ownership from a tournament perspective, as pivoting away from the Dallas quarterback could be an optimal play if he becomes heavily drafted throughout the week.

One of those pivots comes in the form of Bridgewater, who comes up against Atlanta. The Atlanta defense gives up the most fantasy points to the QB position, at a per-game average of 32.5 points.

The whole narrative of ‘Checkdown Teddy’ has been thrown out the window through the first four games. His yards gained per pass attempt is up to 8.1, from 7.3 as his career average. This is in addition to his completion percentage jumping to 73% in 2020, from 66.1% throughout his career. Carolina has crafted their offence around Bridgewater and his skill set, and it shows in his play so far.

A matchup against Atlanta allows Bridgewater to build off of his 27 DraftKings point showing in Week Four and becomes an excellent differential in both cash and tournament lineups.

For the first time this season, Dallas come into this Week Five matchup against New York as overwhelming favourites and a game where they are expected to control the tempo.

Elliott has been a consistent source of DraftKings points throughout the first four weeks of the season, with his lowest week total accumulating 17.8 points.

If the Giants offense fails to get going as it has done so far this season, Dallas could lean more on Elliott in the rushing game. Therefore giving Elliott more touches to close the game. If this occurs, as well as the passing work Elliott has seen, a 20+ DraftKings performance is entirely possible.

Rookie CEH seems to be having a consistent role in this Kansas City offense, from a rushing and receiving work perspective. The past two weeks have seen CEH get 25 and 19 touches against two formidable defenses in Baltimore and New England. He did well in both, producing 100+ total yard performances in back-to-back weeks.

Week Five sees Kansas City take on Las Vegas, who give up the most DraftKings points to the running back position, at 38.8 points per game. We do need CEH to get into the endzone to make the most of his premium price. However, Las Vegas has given up an average of two rushing touchdowns to running backs per game this season so CEH should get in the endzone at least once.

If you are not a fan of the above two, then why not spend your DraftKings bucks on the surprise ‘bellcow’ of the 2020 season in Robinson. Robinson saw 100% of the touches in the backfield (21) against Cincinnati. Robinson made the most of this opportunity and was only a touchdown away from a 20+ DraftKings point performance.

Week Five sees Robinson face a Houston team who are abysmal against the run:

Plugging and playing running backs against Jacksonville is more than viable until Houston sort their issues against the run out. Especially when the back going up against them is as talented as Robinson.

The news of Kyle Allen becoming the starter in Washington can only spell good things for Gibson. Especially after coming off a 17-touch, 22.8 DraftKings points in Week Four that was only off an 44% snap count.

Allen, from this time in Carolina under Rivera, had a real tendency to throw to the running back. In Allen’s thirteen games as a starter in 2019, Allen threw 8.46 targets to the running back position with 80% converting into receptions.

Despite the targets McKissic saw in Week Four, Gibson was shown to be much more effective with the looks he got. Furthermore, Gibson will out-snap McKissic sooner rather than later. Many thought Gibson’s breakout week was Week Four however I feel the best is yet to come for the rookie in our lineups.

For a player of Hill’s creativity and talent on the field, his price is ultimately too low.

Hill has had tendencies to be used in the rushing game throughout his time in the league. Plus with the receiver getting in the end zone in all four games so far this season, he has had that touchdown upside you need if your lineups to take them to the next level.

Hill in the 2020 season has not had a DraftKings performance under 15.6 points so far, and with Las Vegas missing their No.1 cornerback in Arnette, I would expect this points trend continue, at the very least.

To round off your Dallas three-headed stack, it is hard not to look in the direction of Lamb.

Lamb is coming off of a 25.2 point performance in Week Four, going for 82 total yards and two touchdowns. You would think Lamb has been embedded in this offense for years, not just four games. Dallas now hosts a New York defense who, as previously mentioned, have been giving up plenty of points.

This gives Lamb plenty of opportunity to repeat his Week Four performance. Therefore, being an excellent option in your DraftKings lineups.

If you don’t like the sound of a Dallas stack, then why not go for a Carolina stack!

Anderson has been one of the more surprise key performers so far this season, showing a great connection with Bridgewater. Anderson and Carolina now take on Atlanta, who are top ten in DraftKings points allowed to the wide receiver position, with 41.9 points allowed per game.

With two poor defenses going up against each other, this should be a high scoring affair and a game you must target in your lineups.

Despite being listed on the injury report right now, I am expecting Shenault Jr to start on Sunday and be a great budget option in your lineups.

Like Hill, who we mentioned earlier in this section, Shenault Jr is a player who is being utilised all over the field for this Jacksonville offense. Shenault Jr has seen rush attempts in all four games so far this season, with Shenault Jr rushing for numbers as high as 37 in Week Two versus Tennessee. This in addition to being a consistent passing option for Minshew, which hit a high so far in Week Four, collecting 86 yards.

Shenault Jr takes on a Houston defense in Week Five who are susceptible to giving up big performances to wide receivers. You only have to look back to Week Four where Thielen and Jefferson both exceeded 100+ yards. Therefore, Shenault Jr looks to be a great option as a WR3 in your lineups.

With all the uncertainty regarding the Titans’ game and Kittle seeing a price jump following his Week Four performance, Ebron is the only player I love at the position.

After his effective bye week in Week Four, Pittsburgh and Ebron return to action against Philidelphia. The NFC East team give up the third-most DraftKings points to the position, at 21.5 points per game.

In Week Three, we saw Big Ben get Ebron involved more in the passing game. Ebron’s snap count, targets and receptions all go up for a third consecutive week. This also continues to be in the red zone, where Ebron has seen targets for back-to-back weeks. If Ebron can bring in one of these red-zone targets for a touchdown, we can expect a similar performance as we saw in Week Three.

Pittsburgh always seems to be an underpriced defense in my eyes. Their highest blitz-rate in the league puts any team under pressure which generates turnovers and therefore DraftKings points.

After an unexpected bye in Week Four, they host Philidelphia, who as an offensive unit, looks lost. Wentz has been sacked fourteen times already this season, and they are failing to utilise their limited weapons effectively.

Pittsburgh, effectively having their bye week early, will have had more time to prepare for this game than any they will have in the regular season and I am fully expecting that to show on Sunday.

If Denver are going up against Hoyer or Stidham on Sunday, then they are a terrific option at this price.

We all saw how Hoyer performed against Kansas City on Monday Night. Yes, his preparation for the game was far from ideal, but even he admitted, that is no excuse for his poor play. Stidham for me is not much of an upgrade on the veteran either.

Therefore, we can get a defense who can generate sacks, showcased by their six accumulated in Week Four. In addition to having an excellent chance for turnovers when the second or third-string QB has to pass.

Of course, I will be steering clear if Newton is starting again in Week Five. However, if he is not, Denver is a great play in my opinion.

So, there are our DraftKings selections for Week Five of the NFL 2020 season! Who have we missed out? You can find us on Twitter, Facebook, or Instagram. And remember, if you need some help for your season-long leagues you can find our rankings here.