We are here with our Week 8 waiver wire adds. There were yet more injuries that have given opportunity for players to excel, as well as some players breaking out.

Each week I am going to look at players to use that have lower ownership percentages (lower than 50%). I’m going to be using the rostered percentages from Yahoo leagues, as it’s easily publically available. These are players that I’m looking to pick up from the waiver wire for Week 8.

As we now enter in the world of bye weeks, be aware you need to fill players that are going to miss action this week. That means waiver wire adds might be more short-term than usual, teams on bye for Week 8 are:

Mayfield came into the matchup with fantasy owners wishing for what could have been. However, he sparkled in a divisional matchup against the Bengals with 293 yards and 5 TDs. A matchup against the Raiders is ok if you are without the likes of Kyler Murray and Deshaun Watson and need a fill-in for the week.

Garoppolo could be the streamer that your team needs, but you might be able to get him after waivers have cleared. The QB returned to face the Patriots and struggled personally, throwing for 277 yards and 2 INTs. A matchup against Seattle could be what he needs to get his season back on track.

Harris is most likely owned in your league, but he is still available in a slight majority of leagues- so check. Harris is part of a running back group that is struggling this season, but Harris is still getting the early-down work. A matchup against Buffalo should give him some solid numbers if you need them for a week, but it’s hard to rely upon him in the long-term.

Coleman had been rumoured to be back for Week 8, but it might be another week before he is back. However, the uncertainty at the position for the team is slightly cleared up with Raheem Mostert on IR and Jeff Wilson looking to miss time. Pick him up this week and stash him, before he starts making headlines.

It might have been Jeff Wilson that stole the headlines, but he left with a leg injury and seems set to miss some time. Hasty stepped in and looked effective, and should be the lead back at least until Tevin Coleman is back from IR.

Hyde ended getting the majority of the touches out of the backfield for Seattle, due to Chris Carson’s injury. Carson is expected to have an MRI today to determine the extent of the injury, but it could be that Hyde gets the majority of touches for the team regardless. I’d add Hyde now, and make a decision long-term once we know more about Carson’s injury.

Gallman feels like the most 2020 move, but he needs to be picked up if you are in desperate need for a running back. Devonta Freeman left their matchup on Thursday with an injury. That makes Gallman the lead back for the team. Don’t rely on him to carry your team, but he could have some desperation value.

Aiyuk is most likely not available in your league, but he just qualifies for the waiver wire article. The rookie comes in after a great game with six receptions for 115 yards, and now the team has lost Deebo Samuel for next week.

Shepard might be available in your league, as he has just returned for IR. He was activated for Thursday and immediately became a big part of the offense. This week is not a great matchup for him, as the team face Tampa Bay, but he should have longer-term value.

Remember Corey Davis? Well, he returned from the COVID reserve this week and led the team in targets. The Titans next matchup is against the Bengals, who just allowed Baker Mayfield to throw 5 TDs against them. After that? Maybe try a low-level trade as he has Chicago, Baltimore and the Colts.

Patrick was part of a Denver offense that stalled, with Drew Lock throwing for 254 yards and 2 INTs. However, Patrick was the leading receiver (that wasn’t a TE). Next week, the team face the Chargers which could be a tough matchup. The week after that though, the team face Atlanta, and Patrick could be a great fill-in option for you.

I’ve combined these two, because they both have a similar outlook. Both players only have value if Odell Beckham’s injury is as bad as the early reports have made out. However, it’s worth noting that they are a one-week rental, as the team have a bye in Week 9.

Bourne is the riskier pick from the above, but could be an option in deep leagues. Deebo Samuel is injured, and the team have a great matchup against Seattle this week.

The TE position for the Eagles is valuable for fantasy, as they use the position as a big part of their offense. That was seen in Rodgers performance on Thursday. So if you are in need of a TE for this week, then Rodgers is a great add with the team to face Dallas this week. His long-term value is clouded, as he is only relevant as long as Goedert and Zach Ertz are out.

Goedert is also worth monitoring for your roster. His timetabled recovery is currently estimated to be Week 10, after the team’s bye week. Pick him up if he is available, as he will step right back into the team when he returns.

Last week I said I was ready to be hurt again, and Thomas managed to put in a solid performance, catching four passes for 60 yards and a TD. Thomas is a luxury add for this week though, as Washington will be on a bye.

I mentioned Burton last week as an add if you could hold him for a week. Burton has been effective in the games that he has been in, but if Mo Alie-Cox is available and returns to the lineup this is a three-headed monster that could bite you.

Another duo of TE adds. Austin Hooper needed to have an appendectomy in the week, and should therefore be out of consideration for another week.

Njoku has value, both on Cleveland, and if he is traded away (which there are rumours of). Njoku didn’t exactly leap out with his performance, but did manage to score a TD.

Bryant will be the add for the week for many, after scoring a duo of TDs. However, his value is tied to Njoku leaving the team, and Hooper missing time.

The Titans had a decent fantasy outing last week with three INTs. However, they failed to record a single sack, and have only recorded seven this season. The team should be able to put pressure on rookie Joe Burrow this week, but could struggle to keep the score down.

I said a few weeks ago that the Packers defense would be worth picking up. They don’t force that many turnovers, but they are a great unit at getting after the QB. Against the Vikings OL, they should get a few sacks and keep the score low.

Blakenship’s ownership has only been hit because he had his bye week. But I’ll take any opportunity to mention him. Pick him up if you can- especially as he will now be through his bye week for the rest of the season.

Myers is yet to miss a kick this season, and is part of a Seattle offense that is firing. The team face the 49ers next, who have managed to frustrate offenses with FG attempts- which should give Myers an opportunity to score a lot this week.

So those are our waiver wire adds for Week 8. I’d certainly expect a number of them to end up in my start/ sit article later this week, and in my weekly rankings, which will be as soon as I take in the action tonight. 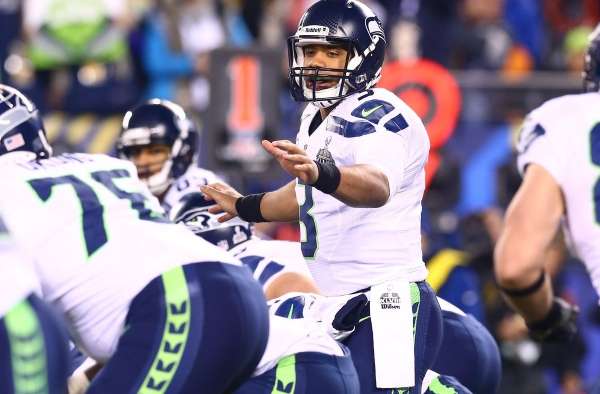 Beginning in Fantasy football can be tricky, but you can get going with some basic strategy- with our Get…

Continuing with our DraftKings showdown slates in 2020, we bring you New England @Los Angeles and a rematch of…