We are here with our Week 9 waiver wire adds. We are now well on the way to the fantasy playoffs. I hope your team is in the hunt!

Each week I am going to look at players to use that have lower ownership percentages (lower than 50%). I’m going to be using the rostered percentages from Yahoo leagues, as it’s easily publically available. These are players that I’m looking to pick up from the waiver wire for Week 8.

As we now enter in the world of bye weeks, be aware you need to fill players that are going to miss action this week. That means waiver wire adds might be more short-term than usual, teams on bye for Week 9 are:

Tagovailoa got through the opening game of his career with a win against the Rams. The points came from two DST TDs, but it doesn’t matter- a win is a win. Tagovailoa looked composed, and recovered from his strip-sack on his first dropback of the game. Arizona will be another test for the rookie, with their defense an effective unit.

Cousins didn’t get asked to do too much against Green Bay, but that was partly due to the weather. I mean, it was mainly due to Dalvin Cook constantly finding a gap that he could get through, but there we go. This week, the team face up against Detroit- who just gave up 3 TDs to Rivers.

Lock is so low on ownership. He has had injury struggles, but has also struggled with an offense that isn’t potent. However, he managed to pull a victory last week against the Chargers, and matches up against Atlanta this week. Lock could be a popular pickup this week as a result.

Harris is most likely owned in your league, but he is still available in a slight majority of leagues- so check. Harris is part of an offense that has struggled this season, but he had a great time last week against Buffalo. A matchup against the Jets gives him a great opportunity to repeat that performance.

Coleman is one to monitor. He was on the field early, but then left due to a flair up of his knee injury. Depending on news of how bad that is, he could be worth adding. If it’s a single week, then he is a fine add. Any longer, and I’d leave it.

Edwards was trending towards a must-add, as it appeared that veteran Mark Ingram was going to miss the game. Edwards performed well against a tough Steelers defense, ending with 87 yards and a TD from 16 carries. A matchup against the Colts is not great either, but he should still have some value for your lineup.

Dallas was a great last-second add if you made the decision to do it. The running back in this offense is always going to have value. Chris Carson should be back, but Dallas could operate as the primary backup for Seattle if Carlos Hyde continues to miss time.

Corey Davis has had a sneaky good season so far. At this point of the season, it seems that he is enjoying receiving secondary coverage in this offense. Tennessee face up against Chicago this week, so this add is more for the rest of the season rather than this week.

Lazard is approaching his time to return. A Thursday night game this week reduces his timetable to be able to practise with the team and get ready for a matchup against the 49ers. However, he should take back his role of the WR2 once he is back, giving him immediate value.

Bourne had an honorable mention in my column last week, as the 49ers were due to be without Deebo Samuel against a weak Seattle secondary. Ultimately he finished with a decent stat-line of 81 yards from eight receptions. The Packers are a harder matchup, but if Bourne is able to take targets (with George Kittle leaving the game through injury) then he could be a plug-in if you need him.

Cephus started the season well, with star receiver Kenny Golladay out with injury. Golladay left the matchup against the Colts with a hip injury, meaning that we could see the same thing again. It might be a long-shot, but if you need a big play- his matchup against Minnesota could be great.

Bourne is the riskier pick from the above, but could be an option in deep leagues. Deebo Samuel is injured, and the team have a great matchup against Seattle this week.

Ebron is a frustrating player to own, as he seems to be inconsistent. However, he was part of an offense that narrowly beat the Ravens with 4 receptions for 48 yards and a single TD. Next up are the Dallas Cowboys who should allow the Steelers offense to do what they want.

Thomas is fresh of the bye, which means that he might be available in your league. Just before the bye, he had somewhat of a bounceback game, and now faces the New York Giants who he faced in Week 6. In that game he caught 4 passes for 42 yards and a single TD.

This will be short and sweet. We have seen in the past that when Kittle has missed time, Dwelley has had good games. The Packers defense is not an ideal start, but hey, the TE options aren’t fantastic.

The Packers defense has been good this season, but it was just ripped apart by Dalvin Cook. However, travelling to the 49ers could strangely get them back on track. The 49ers are without Deebo Samuel, and are likely to be without a number of other key starters on offense (including George Kittle).

Houston are not a great defense this year. Infact, they are bad. However, a matchup against Jacksonville (without Gardner Minshew) should allow you a great streaming option for the week.

Crosby might actually find his way onto your waiver wire this week, after disappointing owners with his performance. However, you have to consider the wind in the game was a massive factor for both teams. A game against San Fransisco should get him back on track. Crosby has been accurate this season, only missing a single PAT attempt this season.

Pittsburgh have are a great team all around. Boswell has only missed one kick his season. While his FG attempts have been few (only nine this season) this week a matchup against Dallas should mean the team are able to do what they want on offense. Giving great scoring potential.

So those are our waiver wire adds for Week 9. I’d certainly expect a number of them to end up in my start/ sit article later this week, and in my weekly rankings, which will be as soon as I take in the action tonight.

Getting into week 9 IDP waiver wire adds can be tough to find. Nearly impossible if you do not… 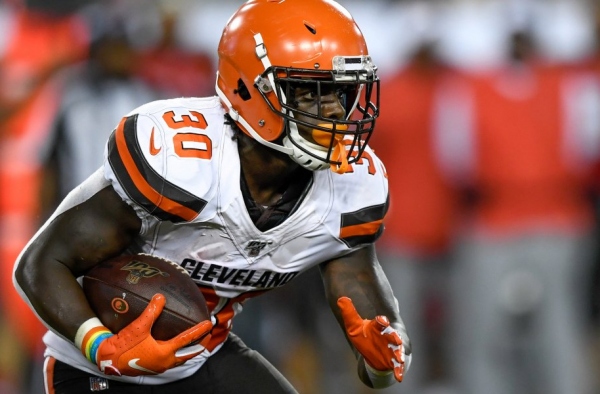 Well, as has happened so far in 2020, Week 7 brought more injuries to consider for your waiver wire…