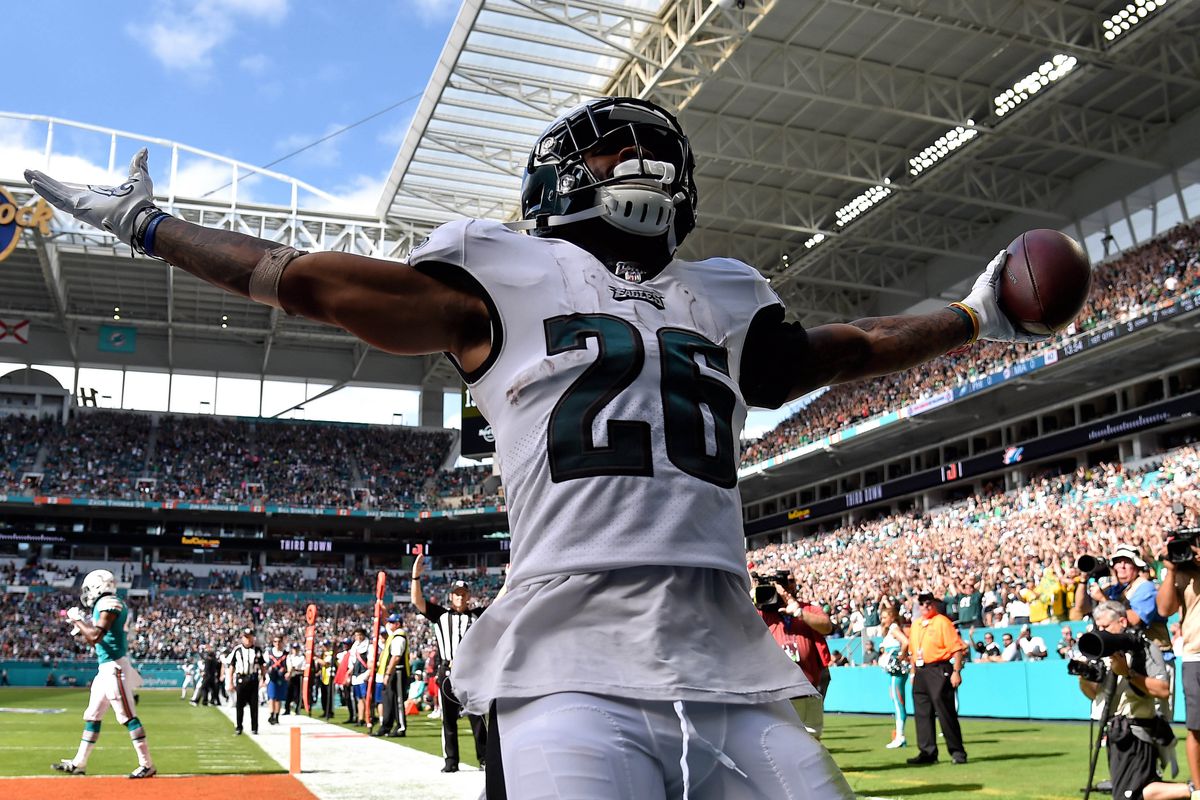 For Week 11, we have gone back to the previous format on my dynasty buy and sell players. If you liked the slant I took last week, let me know. But let’s jump straight into the action.

Miles Sanders came back from injury this week and picked up exactly where he left off. Taking a workhorse load from the Philadelphia backfield and producing.

Sanders led Philadelphia RBs in snaps with a 71.6% share. On top of that he had the majority of touches with 15 carries (of 19), and targets with 5 (of 6). He has shown that this is his backfield to own with Scott and Clement seeing a very small workload.

However, from a fantasy standpoint on Sunday, he posted 13.5 points. That meant he was outproduced by Boston Scott who posted 14.4 points. Although, that was on only 4 touches thanks in large part to a 56 yard TD.

Had Sanders been given the goal-line carry that went to Clement, or scored a TD on one of his other breakaway runs, you’d be hearing all about Sanders the star as we head down the stretch.

For me, this could very well be your final window to buy Sanders before he becomes a true untouchable. I have him currently heading up the 2nd Tier of RB’s at RB5. But he is very much banging on the door of that top tier with his usage.

If he performs down the stretch I will realistically bump him up into tier 1. His expected value is around two random future firsts. I’d be happy paying that, but I think a 2021 mid 1st and mid 2nd would be enough.

How very 2020 that I’m recommending JD McKissic as a buy! However, if you’re looking for an additional piece to put you other the top this year as a flex play McKissic is a very realistic option.

Since Alex Smith has taken hold of the Washington offense McKissic has seen targets of 14 and 15 in consecutive weeks! That is elite #1 WR numbers and in fact, this last week that was a 28.3% target share. There are only 5 players are above that number on the season!

With Kyle Allen done for the season and Dwayne Haskins relegated to scout duty Alex Smith isn’t going anywhere this season. While his story is incredible, his propensity to check down is well established at this point.

Now I’m not projecting McKissic to be seeing 14+ targets every single week. But even in the 10 target range, he is going to settle in as a solid RB2 each week. McKissic can probably be had for a future 3rd. Where else are you going to find RB2 production that cheap?

I am beginning to feel like a stuck record but I still believe in Hollywood Brown. The target share is there and the air yards are there. He is 23rd in the league with a 22.7% target share and is 14th in the league in Air yards with 831 yet is currently the WR46 on the season.

The entire Baltimore offence has regressed this season but Brown is due a breakout soon. He is averaging 215.5 yards per TD at the moment which last year was around 83. The league has certainly caught up with the Baltimore offense and they aren’t producing the incredible levels of efficiency of last year. But I still believe they are an above-average offense that will produce down the stretch.

Furthermore, if you haven’t already go and have a look at the playoff stretch this year for the Ravens. They get the Browns in week 14 (28th in adjusted fantasy points against to the WR position), Jaguars in week 15 (25th in aFPA), and the Giants in championship game week (17th in aFPA).

Brown is a young receiver who is the clear #1 receiver in his offense. A player who could help you down the stretch this year. Yet his current price is in that late 1st/ early 2nd range.

I would be happy paying the early 2nd. But if you like the surer thing of a player with NFL experience over a rookie then you can do a lot worse than paying a contender’s 1st is fine for Brown.

This is a strange buy agreed. Why would you buy an injured QB who has significant question marks about his team next year? A player who could get traded or benched behind a potential #1 pick like Trevor Lawrence?

Well, you’ve got to look no further than some of the QB’s potentially starting games in week 11. They include Jameis Winston, Alex Smith, Andy Dalton, Jake Luton, Joe Flacco, and possibly PJ Walker.

Sam Darnold is 26 months removed from being the youngest starting QB in NFL history and the jewel in what was perceived to be a league-altering QB class. You then put him in the worst situation in the NFL both in terms of the coaching staff, Line play and weapons and he is now seen as a bust.

However, he is still only 23 years old (younger than Joe Burrow). As well as having a year on his very affordable rookie contract (plus a relatively cheap 5th-year option).

I truly believe that given the right situation of coaching staff and surrounding talent Darnold can be a top 12 QB in the NFL. He is certainly going to get another chance next year with a new team once the jets trade him away to make room for their new rookie QB.

Now whether that team is Indianapolis, Denver, Pittsburgh or another team Darnold will be a valuable Superflex asset within the next 12 months. Simply, he is too talented and the QB position is too sparse for it not to happen.

The stink on Darnold is real and owners who thought they had a young QB to build around have had him sat on their bench stinking it up all season long. If you can tempt him away for a 2nd round pick I believe he will return on that investment as soon as next season. When he is on a new team and then worth a future 1st as a starting NFL QB.

I’ll hold my hands up I’m not the biggest Kirk fan. I wasn’t convinced in the offseason when a couple of guests tried to convince me he was a buy then, and I’m certainly not convinced now.

However, Kirk has been producing up until this week he had posted 20+ points in three straight weeks. He has established himself as a solid #2 option in Arizona. However, he has done so with a target share south of 20%, averaging 17.7%, and with an unsustainable TD rate of 22.2%.

The only players with a higher TD rate (min 15 targets) are Jonnu Smith and Nelson Agholor. TD’s have accounted for almost exactly a third of Kirks fantasy output. That is certainly not sustainable and primed for some regression.

If you are able to convince another owner that Kirks’s production is sustainable, you may be able to sell him for a late first. Heading into a 2021 draft you could get a potential difference-maker at QB or TE. And I just don’t see Kirk being that moving forward.

If you’re interested in hearing me talk more about Buys/Sells and dynasty football in general please check out the Dynasty Island Podcast available on all good podcast apps (Apple Podcasts, Spotify and others)

So that’s it for the Week 11 edition of dynasty buy and sell. Remember, you can find all of our dynasty articles here, and all of our work is posted across our social media channels. We are on Twitter, Facebook, or Instagram.