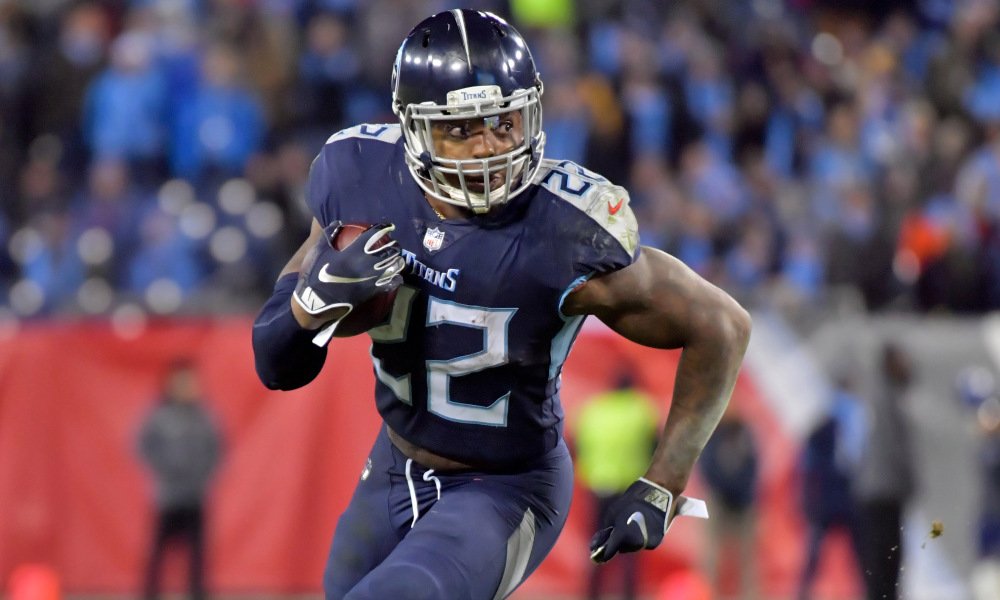 Welcome in to the impact, where we round up the headlines & takeaways from the past week, giving you the information from Week 12 you need to know.

Will Fuller suspended 6 games for PED violation, there’s big shoes to fill in Houston and someone’s going to fill them. Randall Cobb on IR & Kenny Stills released there’s opportunities for the most obvious next man up in Keke Coutee. Looking even deeper you could pick up rookie Isaiah Coulter. Coulter is worth an optimistic stash for a wait and see approach as the Texans look to fill the 7.5 targets Fuller averages per game.

The King has returned to his throne. Derrick Henry says he wants that rushing title back. Given his recent performances, he looks poised to be crowned king on the ground once again. A ridiculous 178 yards and 3 scores downed the charging Colts. As well as seeing the Titans return to the top of the AFC South as they look to secure a playoff return. Those with thoughts of fading Henry after last season’s heroics have judged it pretty badly. There’s so much juice left in those legs. Given the fact of the huge looming Running Back free agency, having signed his 4-year contract in the offseason Henry figures to remain an elite option into 2021 and beyond.

I like many others was thankful to welcome back Austin Ekeler to my lineups this week. But I didn’t expect him to produce at quite that high level! Only once last season in his epic 2019 campaign did Ekeler receive 16 targets. However, he managed that on Sunday in what turned out to be a monster fantasy outing even without reaching the end zone. He’s a must start again going forward, as a key piece to build around in all PPR formats. The future of the Chargers offense is an exciting one with Herbert, Ekeler & Allen at the centre of it.

It was around a similar time last season where Deebo Samuel exploded onto the fantasy scene. This year, he returned from his hamstring injury to lead his team almost single-handedly past the Rams on Sunday night. Samuel tore up a top 5 defense for 133 yards on 13 targets, securing his spot as the go-to receiver on the 49ers going forward. With top Tight End George Kittle most likely out until 2021, Samuel is a great weekly starter and his remaining schedule is juicy.

James Robinson is bomb proof. He’s on a 1-10 football team. With Mike Glennon as QB. Let that sink in. Yet he’s performing like a superstar only sitting behind Henry, Dalvin Cook & Alvin Kamara in the fantasy standings. Another big fantasy outing has got so many fantasy players wondering why they never put a bid on Robinson. He’s one of biggest and best waiver wire/cheap pickups I’ve ever seen in my time playing fantasy football.

D’Andre Swift didn’t play a single down this week. But he still trended up as a player you need to acquire in both redraft & dynasty leagues. Veteran RB Adrian Peterson may have found the end zone twice on short runs, but looked mostly sluggish. Kerryon Johnson struggled to secure the ball losing a costly fumble early on. This game cried out for D’Andre Swift’s power and elite contact balance. You can’t but think he would have had a huge fantasy day if he was in the lineup. We saw Swift dominate the Washington Football Team in Week 10. Once eligible for return then I wouldn’t be surprised to see an immediate return to this sort of production.

Cam Akers may have only featured on 27% of the offensive snaps for the Rams, but it was one of the best-limited performances of the season. On one beautiful drive, Akers on 3 plays drove the ball 67 yards. That finished in the end zone to cap a dominant display and pose a rather big question… Where has this been? In this small showing, I am able to take away that my fantasy teams need more Akers shares. Henderson & Brown struggled mightily in this game. So if Akers was to flip to lead rusher for this run-heavy team the sky really is the limit.

Denzel Mims is one of the only bright spots on the winless New York Jets team. He didn’t see his first snap until week 7 but it’s clear to see why the Jets spent a 2nd round pick on acquiring the Baylor product. He’s now seen at least 7 targets in 4 out of 5 games played. Managing to total 40+ yards in each of them. This is dynasty gold as he’s showing huge potential whilst flying somewhat under the radar. He’s a huge buy for me and if the Jets can have a successful offseason, then Mims is set up nicely to take off in 2021 and beyond.

Ito Smith has always been the guy to fill in for injuries and has never established himself as a startable asset for the Falcons. This may well continue but things felt differently in Week 12. Smith and Brian Hill were filling in for the injured Todd Gurley and shared the carries. We saw a more determined runner who was able to do things that Brian Hill simply could not earlier in the game. He registered a healthy 5.4 YPC and caught 4 of 5 passes, Hill didn’t register a single catch. If the knee continues to keep Gurley sidelined, then it’s Ito Smith I want to pick up. He could end up being a factor in the fantasy playoffs down the stretch as a flex-worthy play.

Alvin Kamara has posted his worst 2 fantasy weeks in a row. Directly corresponding to Taysom Hill being cemented as the temporary QB while Drew Brees heals up from fractured ribs. The bad news for Kamara is the Saints have won both those games at a canter. With Hill scoring 4 rushing TDs to Kamara’s 1. That’s not even the worse news for the current PPR RB1. Kamara has caught just 1 ball for -2 yards over that span. For context, he averages 7.4 catches per game for 72 yards while Drew Brees is the QB! Kamara has likely helped lead you to the fantasy playoffs, but for as long as Hill is the QB Kamara’s ceiling is hugely capped.

Another RB that’s just posted his worst 2 fantasy scores in a row is Miles Sanders. The Eagles RB has had his fair share of injuries this season and he finds himself as the PPR RB29. Miles away from where you drafted him. The Eagles offense is crumbling. There’s controversy at the QB position and overall it’s far from a happy situation in Philly. There’s no doubt that Sanders dynasty value is still extremely high. He’s been awesome on the field. But for the remainder of this season with that offensive line, his ceiling is much lower. His next 2 opponents are the top two seeds in the NFC, and the Eagles can be expected to be playing from behind once again. Unfortunately, I’m expecting much of the same struggles for Sanders.

Kareem Hunt’s fantasy output has been particularly affected by the returning Nick Chubb to the Cleveland Browns lineup. These 2 were able to co-exist in the early part of the season before Chubb’s injury. But since the latter has been healthy again he’s dominated this backfield and limited Hunt’s role to more of a complementary sidekick. Much of Hunt’s fantasy appeal is his pass-catching ability, but in weeks 11 & 12 combined Hunt has only registered 1 catch. Hunt is still being productive when given the opportunity though, recording 6.2 YPC v Jacksonville in Week 12. So, this trending down is less severe than Sanders & Kamara, but it’s worth watching. It’s worth noting that If Hunt’s fantasy output continues to trend downwards there’s a buying opportunity in dynasty with the confidence. He’s locked into a contract extension for the next 2 years after this one.

It was nice to know you Travis Fulgham. If you’re still clinging onto any hope then you’re not doing fantasy football right. Down to a season low 51% of snaps Fulgham only saw 2 targets come his way in what has been a dream matchup for wide receivers against Seattle. A combination of Wentz struggling to get anything going and Eagles wide receivers getting healthy you can confidently let go of any expectation for Fulgham going forward he’s done.

So, that’s it for the Week 12 edition of the The Impact, giving you the headlines & takeaways you need. You can find us on Twitter, Facebook, or Instagram. And remember, if you need some help for your season-long leagues you can find our rankings here.