Playing These Guys Only Guarantees One Thing, A Loss 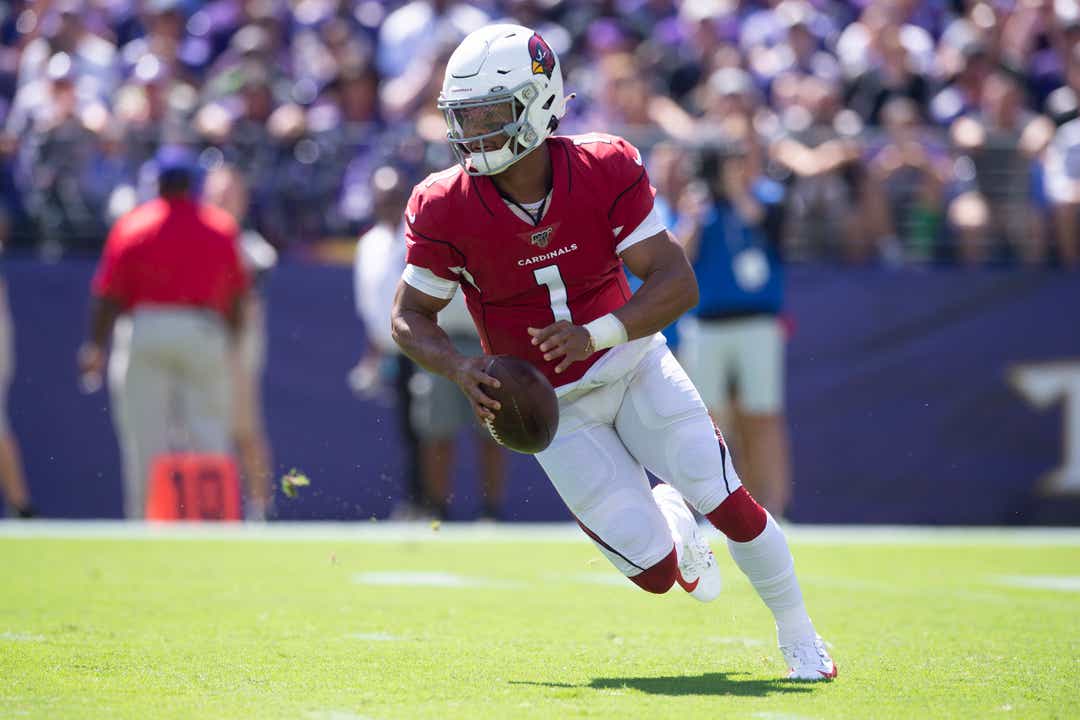 Here we go members of the King’s Table. It’s playoff season and if you were lucky enough to make it, you need to make sure you take to heart Al Davis’ mantra of “Just Win Baby.” While playing your normal studs makes sense, this list will make you pause before hitting submit. That’s because playing these guys only guarantees one thing, a loss. Now enough chit chat, let’s toss some questions into your lineup.

Kyler concerns me for one reason. He has as many turnovers as he does touchdowns over the past two weeks. Typically, I would have him as fire start but facing an elite Giants defense versus quarterbacks gives me heart palpitations. Add in the fact we don’t know what the status of Hopkins is, makes me worry even more. Don’t start him. Consider Philip Rivers versus an easy Raiders matchup as a replacement.

Yes, this man has probably gotten you into the playoffs with his performance on the season. BUT. He has not performed well against top running defenses. Tampa Bay is giving up fewer than one touchdown a game versus opposing running backs so expect him to get you yardage but no scores. While he will be a decent RB 2, he won’t sniff the elite level he has been producing at.

Cleveland has been able to feed both of their stud running backs enough to make them both viable RB 1’s on the year. But they have a tough matchup against Baltimore. Playing Hunt this week only guarantees one thing and that’s a loss. As for his stablemate, I actually like Nick Chubb in this game as I foresee him getting most of the touches as they pound the rock. Kareem will still be a viable RB 2, and flex in PPR format, just not the stud we expect him to be.

Miles makes this list only because we don’t know what to make of their new quarterback. Oh, and if you didn’t know, they are facing the top defense versus the run, New Orleans. New Orleans hasn’t put such pain on opposing defenses since they were being paid bounties. Miles may see an uptick in carries while they run RPO’s but I doubt he will make anything of it. He is only a flex play for me. Need another running back to slot in his place? Look no further than J.D. McKissic, he is the apple of Alex Smith’s eye when it comes to passing and he will flourish in PPR formats.

San Francisco is a fantasy mess. They frustrate any owner who has one of their players. Will they run the ball? Yes. But if you can tell me who they will favor, then you need to give me some lottery numbers. Because so far this year, nobody has any idea who will be the bell cow. He is a weak flex play for me. Playing this guy is a gamble, just don’t if you can afford it.

Injury status is up in the air with this guy. While he will more than likely play as he rarely misses a game, his participation will be unclear. Playing this guy as your lead wide out will only guarantees one thing, a loss. I am starting him in my playoff matchup, but I am trotting out Michael Pittman, Jr as my lead wide out. You should do the same or consider Allen Lazard as Green Bay should be racking up some points versus Detroit.

This isn’t a knock on his talent or production capability. DJ consistently puts up points but after Chase Claypool garners fewer than 10 points, he ALWAYS blows up in the following game. Whether that’s due to the old adage of “squeaky wheel gets the grease” is up in the air but I expect big games from him and JuJu, just not DJ. Another wide out to consider would be Mike Williams or Michael Gallup.

You wouldn’t think I would put Raheem Mostert on this list without including one of the pass catchers from San Francisco did you? Nope. Playing this man is a dangerous proposition and should be done with hesitation. Washington is an elite defense and should be avoided at all cost. He checks in as a WR 2 for me or an elite flex option.

As of this morning, Darren is still catching passes against New York. But that all comes to a screeching halt against Indianapolis this afternoon. He won’t find those wide open spaces he was able to do so with such ease against the Jets. Indianapolis knows a thing or two when it comes to playing against tight ends as they are the third best defense in doing so. If you need another tight end, give Dalton Schultz a look, or if you’re feeling frisky, go with Cole Kmet. He will be a TE 2 this week so prepare accordingly.

Injuries are mounting up for this squad on the defensive side of the ball. Couple that with playing against an uber talented offense led by Josh Allen is not promising for them. If you need a defense that’s readily available in leagues, look no further than Washington. They are surprisingly only owned in half of the leagues and will be a more than adequate replacement.

Well there you go my friends, while these players might perform adequately for you, that doesn’t win championships. Playing winners does and playing these guys only guarantees one thing, a loss. If you need some more help, come find me on Twitter or check out the King’s rankings for you know they are second to none.