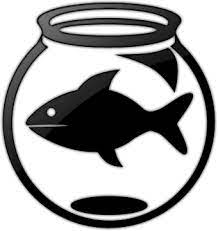 It’s that time of year again- time for the 2021 Scott Fish Bowl (SFB11), it’s creating a buzz on Twitter, so it’s time to understand the scoring.

Using the scoring that has been widely shared, I put together a sheet that allows some customisation;

You can access the sheet (and make a copy to your Google Drive) here.

If you find this sheet useful, please consider making a donation to charity. Any cause, for any amount.

If you don’t know what the SFB is then…..firstly, where have you been? Secondly have a look at a quick outline below.

If you have space for another league, then you can signup for our own charity league, the UKFL, here.

This season, Scott has added the option of adding kickers into the league. You can flex them- I’m currently trying to get the data so you can compare them directly. But in the meantime there is some general kicking info in the Google sheet mentioned above.

If you know where I can get exact kicking distance stats then let me know!

About the Scott Fish Bowl

The Scott Fish Bowl has been around since 2014, and it has grown from running with just 96 teams to having nearly 9,500 signups this year.

It’s an incredible event that brings together fantasy football fans and analysts together into a huge competition, with roster and scoring settings that keep it interesting for everyone. Last year I found myself searching for some help on Scott Fish Bowl Scoring, and struggled to find something. So I thought I would make it!

The league raises a huge amount of money for various charities, the largest being Fantasy Cares. The below Tweet shows the results!