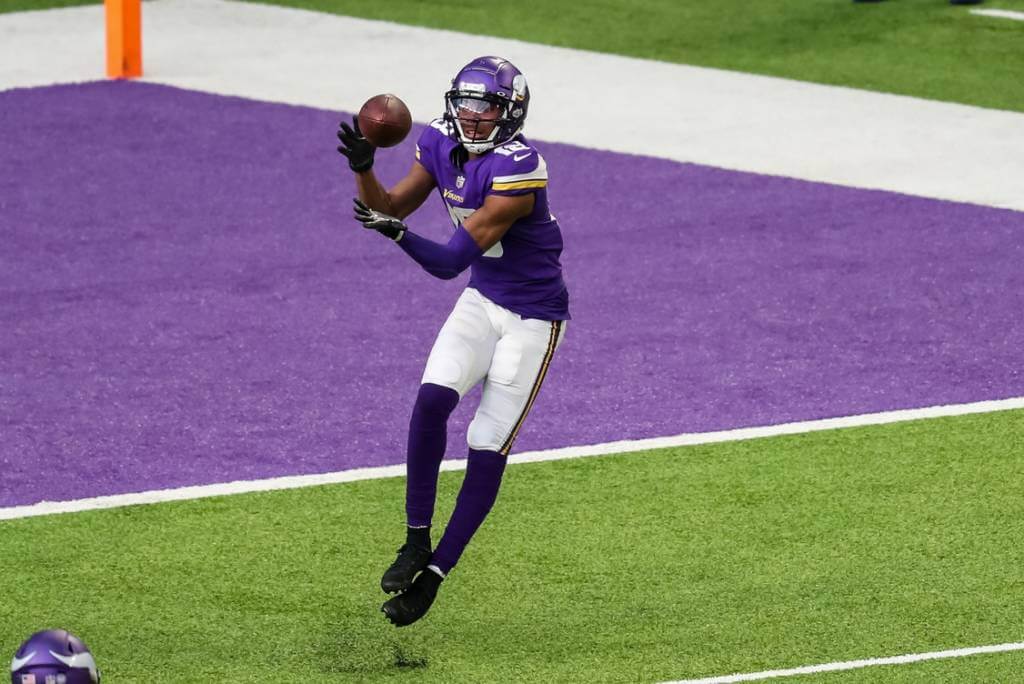 Welcome back to another week of 2021 buy and sell dynasty edition, here we are looking at Week 10 targets. Fantasy Football continues this week and we are now in the dog days of the season. Before we know it Christmas will be here and we will be prepping for our championship run or preparing for next season. Injuries and Covid lists continue to haunt our rosters at the moment but we should always be looking for ways to improve our teams. Some leagues will have a Trade Deadline looming as well. Let’s look at a couple of players that we should try to land and a couple we could move on from.

Has anyone been dunked on more in social media the last two weeks than Wilson? Maybe but his value right now is at an all-time low for a kid who was drafted #2 overall and has only started six games in his young career. If you just do a quick run-through on Twitter you will see all kinds of disrespect thrown the kids’ way. Wilson started the season with a horrendous run of defenses taking on the Panthers, Broncos, and Patriots in the first three weeks of the season. He then rebounded against the Titans’ defense which we all knew was subpar at best. Wilson would continue to struggle against a lowly Falcons team before getting injured against the Pats.

I can show you clips of Wilson’s arm strength and his ability to make incredible throws all day long. The thing is Wilson is not doing the simple things well right now. He holds the ball too long and looks for the big play too often. We have heard these things before about several star quarterbacks throughout the league. Wilson watching what Mike White and Josh Jackson have done the last few weeks has to be eye-opening. Almost any NFL quarterback can successfully move an offense by deliberately taking what is given to you. While ultimately it will cap your success going forward your floor remains safe.

Wilson will continue to grow from this experience. For us, as the fantasy players who are trying to target Zach Wilson, I am willing to give up a late 1st for Wilson in Superflex leagues. I think his ceiling is a lot higher than anyone expects at the moment. With the emergence of Eli Moore and Michael Carter Jr, this young offense has a chance to grow up and become a very good unit in years to come.

Jefferson bounced back last week coming off his worst game of the year and his season isn’t exactly going to be the current holder of Jefferson in your league’s plan. Jefferson is 15th in WR PPR fantasy points coming into Week 10. He hadn’t scored a touchdown since Week 4 before last week and the owner may still be looking to move on. The Vikings and their offense currently rank 6th in pass DVOA according to Football Outsiders. Nothing has changed Jefferson currently ranks 11th in unrealized air yards and ranks 1st in drops with 8 this year. Do those make a difference?

I think so he is only 9 PPR points away from being a top 10 receiver and where we all had him at the beginning of the year. I believe we still have a chance to strike a deal for Jefferson now before he pops again in the 2nd half of the season. Let’s be clear it will not be easy to grab Jefferson but could you parlay Mike Williams and a 1st for him? Not sure look at your roster and try to find that high upside guy and a 1st for Jefferson today. Wide Receivers stay on your dynasty rosters for years to come and Thielen and the way this offense looks currently won’t last forever and could look very different even next year. Let’s hope Jefferson can get a good ball on throws like below in the future.

It is time… the absolute machine at the Tight End position Travis Kelce is a sell for me in Week 10 to be clear he was last week as well. Of course, you are not giving away Kelce but he has not looked like himself this season especially of late. Right now Kelce is still 1st at 16.1 PPR points per game so you should be able to get a nice haul for him. Kelce is 32 years old and we have to keep that in mind as a fantasy owner. He has had only two 100 yard games this season so far and this offense looks to be struggling when Kelce is doubled and Hill is taken away deep.

Teams are concentrating on taking Kelce away in the middle of the field and this season it is working. Kelce is currently 21st in separation which is one of the growing concerns for me with Kelce. As his contested catch rate has steadily declined the last three seasons. Can he still consistently get open and make tough catches? I believe Kelce will still finish as one of the best tight ends this season if not the best. However, going forward what does this offense look like when they start to add more viable weapons to this offense what does Kelce become a year from now or longer.

This is more if you are a contender. Moving a piece that is out for the season to get something you can use now. Take a tour throughout your leagues. See what the pulse is on all your running backs on IR this week or that have returned. It’s worth sending a quick message to see what your league mates think of J.K. Dobbins, Cam Akers, Chris Carson, or Clyde Edwards-Helaire. There are many others. See if you can get some real value for these guys, more specifically Akers, CEH, Montgomery. Once again not saying give away but check in and get the vibe on the injury ward on your bench.

So that’s it for the 2021 season week 8 edition of dynasty buy and sell. Remember, you can find all of our dynasty articles here, and all of our work is posted across our social media channels. We are on Twitter, Facebook, or Instagram.