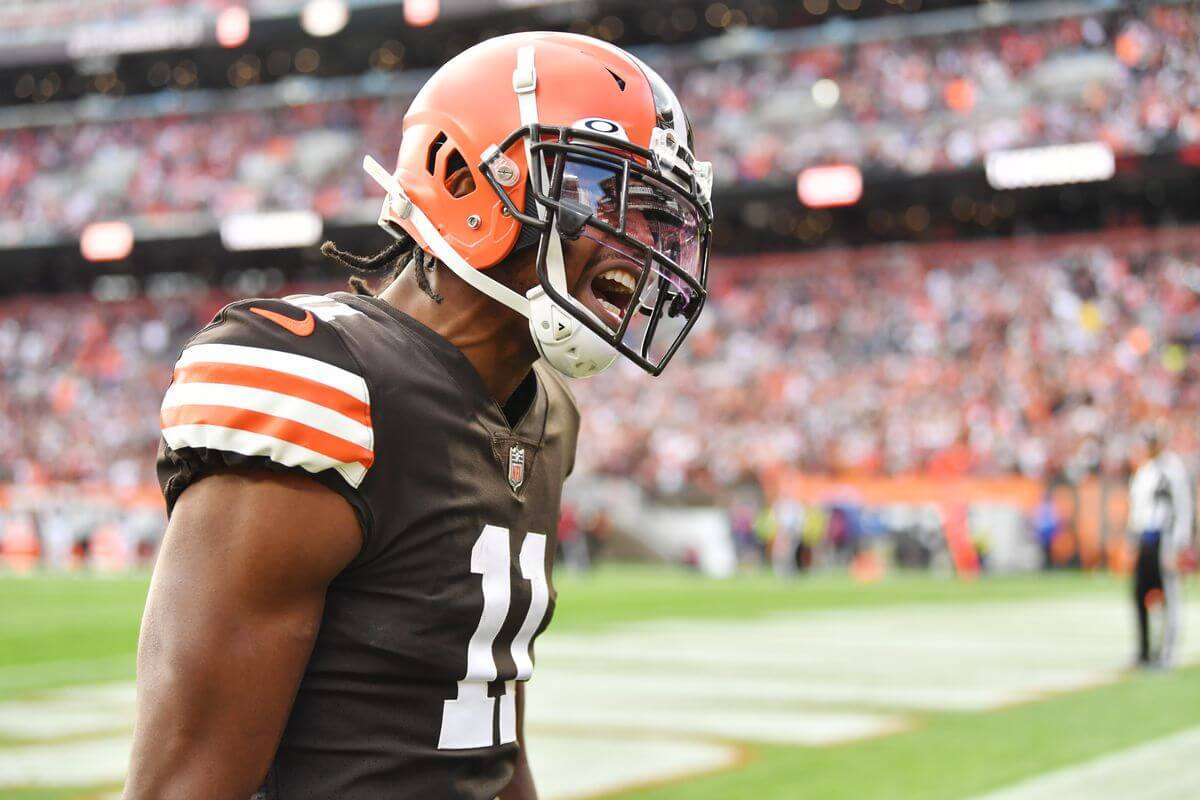 Even though Week 9 isn’t fully in the books, it’s time to cast an eye over your Week 10 waiver wire pickups for the 2021 season.

We continue having to deal with bye weeks, with four teams taking the week off this week:

Ryan is doing everything he can each week to get the Falcons winning. The Saints defense is a tough unit, and Ryan managed to do everything he wanted. Crucially, he showed that he can perform without Calvin Ridley. Against Dallas, who just gave up to Denver at home, Ryan is a fine pick up.

Another week of Bridgewater on waivers. Mr. Streaming QB has played each week well enough to fill in if you need, this week the Eagles are the team that travel to Denver to face him. A fine plug-in if you have just lost Joe Burrow to the bye week.

Siemian was announced to be the week 9 starter, and performed well enough to be the guy for Week 10. If he isn’t, then Taysom Hill (9.1% rostered) is a decent pickup too. The matchup against the Titans secondary is a good one, and this offense is able to move the ball effectively.

Collins is the lead back for the Seahawks, but now enters a bye week. With the bye week, he was dropped in alot of leagues. If he was dropped in yours, pick him up. There are no indications that Chris Carson is set to return anytime soon, so there’s not alot to worry about.

Ingram stepped into the role he had previously for the Saints. Being involved in both the ground and passing game, he should be owned as a depth piece if nothing else. If Kamara were to get injured, it’s Ingram that would be the next guy up

Latavius Murray was ruled out prior to the game, and Freeman really used the opportunity. He led the team in RB carries (Lamar Jackson led the team overall) and caught a TD. This Ravens offense, as we know, is a run heavy offense, which will give value to Freeman.

Howard looks like the guy that he was when he came out with the Chicago Bears. Running solidly up the middle of the field. Howard is the type of player that isn’t going to flash on any play, but will end up having a solid game.

The Patriots used to be a tough backfield to work out, as it was always someone different you wanted to start. That’s not the case so much now, but the new headache is whether Stevenson will be active any given week. When he is, he tends to the get the ball and be decent with it.

Aiyuk had an impressive game against the Cardinals. He managed in a single game to show you why he is a good player, and why he has struggled to get the trust of his coaches in the same game. No play emulated this more than the play he made a great catch, stood up and fumbled the ball. This game he outperformed Deebo Samuel for the first time this season.

Bateman has been a player I’ve mentioned in this column for a few weeks now. The rookie continues to show his ability on the field, and was second in receiving yards on his team. Next up are a Dolphins unit that have given up big plays this season.

The Jets offense found a new star in Elijah Moore who is a fine add in his own right (15.3% rostered). But that will mean some leagues people will overlook Crowder. Given this target share in the offense, Crowder has multi-week appeal.

Gage has stepped up in the offense, with the omission of Calvin Ridley. Given the passing volume in this offense, there are going to be targets each week up for grabs. Next up, the Dallas Cowboys who have allowed some secondary receivers to have big games.

The Browns have parted ways with Odell Beckham, and Peoples-Jones has immediately stepped up as the leading receiver for the team. Yes, there aren’t always alot of targets in any given week, but Peoples-Jones could be a league winner at this point.

Conklin had another week where he was given a decent target share. Conklin is the type of TE that is a handy option to call upon if your main starter is out, or you haven’t found your guy yet.

Arnold was the leading receiver for the Jaguars in a massive upset victory over the Bills. There aren’t a lot of players on bye that you would consider ‘lost’ but if your league has left you with no options at the position, you could do worse than Arnold

Carlson was dropped from more leagues!? That doesn’t make sense. Carlson is one of the stronger kickers in the league, and there is no reason why he is available in this number of leagues.  Pick him up now and you are set for the rest of the season.

Gould returned this week, but didn’t see the field all that much. The game got away from the 49ers quickly. Gould is still a solid starter in leagues. Well he should be.