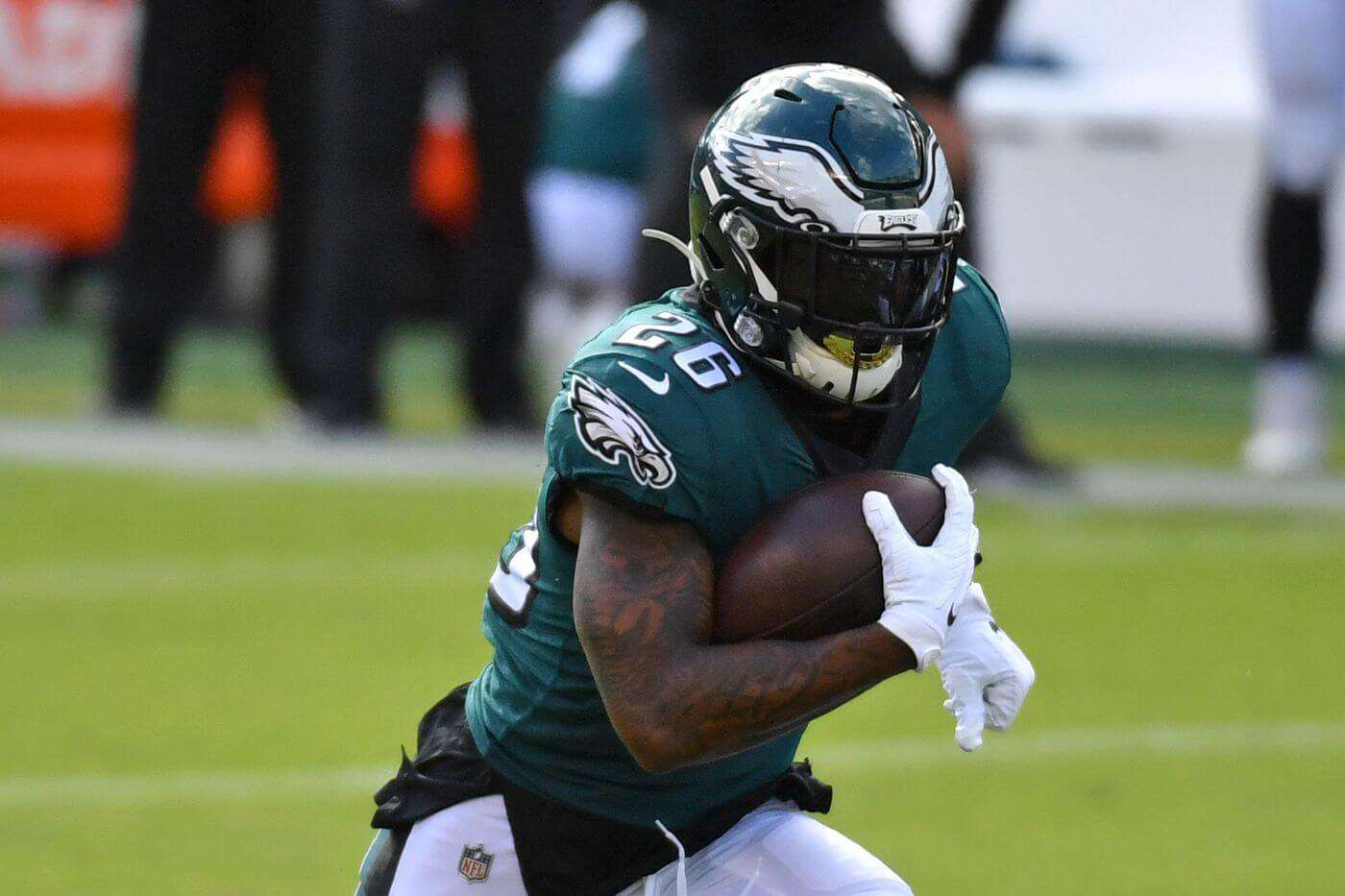 Welcome into Week 12 of the 2021 season, and the latest in our Start ‘Em Sit ‘Em series. Before we get into it, I hope you had a great Thanksgiving and enjoyed everything the holiday gave you! We have another two teams on bye this week:

Newton is truly back, with consecutive weeks of scoring on the ground and through the air. The Dolphins aren’t a unit that you need to avoid either. After messing around with replacements, it’s Newton that has gotten the Panthers truly rolling.

The Steelers defense has really taken a step back this season, with some players moving on, and injury hitting the unit hard too. Burrow has been consistent this season with multiple scores in the last eight games, he should be a solid start in this divisional matchup.

You held into Wilson while he was out, then he returned and now you aren’t sure if that was a good idea. This week will tell you if it was or not. If Wilson can’t get it done against a Washington defense without arguably its most talented player then it might be worth starting someone else going forward. Don’t forget, Washington are the worst team at defending the position.

Since Derrick Henry was injured, I feel I’ve been waiting for Tannehill to be consistent for fantasy. He hasn’t been. Sure, some of that has been the other injuries that have hit the team, but he also just hasn’t looked comfortable without the play-action Henry generates.

Wentz has been doing what he has needed to do the past two weeks, which isn’t much for fantasy. Instead, the running game has stepped up, with Jonathan Taylor having a historic game against Buffalo last time out. Equally, this matchup isn’t one to target, with Tampa giving up an average of 17.6 points to the position.

Sanders has returned for the Eagles, to a good workload carrying the ball 16 times for 94 yards. Jordan Howard seems set to miss the game with a knee injury, and Boston Scott has never been a real competitor for touches. With how Sanders has been used in the passing game too, he is somewhat script-proof.

Gordon is still the volume back in this offense, and Denver have shown a commitment to running the ball. The Chargers have also allowed a stack of production to the position, allowing around 120 yards and 1.3 TDs on the ground on average to the position. Oh, and if you believe in that kind of stuff this is a revenge game for Gordon too.

This is about the Jets as much as anything else. They just work as turnstiles on defense, allowing over 30 points on average to the position. Alot of that comes from teams blowing them out, and killing the clock. The thing is that the Texans backfield seems like it is starting to find itself, at least the team are running the ball. Johnson has been hugely inefficient, so you might want to lean Burkhead but both are worth some flex consideration in deeper leagues.

I’ll stay in the same game, and say that Johnson should be a solid start this week. Michael Carter is out for the game, due to injury, giving immediate opportunity for someone (or a combination) to step up. Johnson’s advantage over Tevin Coleman is that Johnson has shown himself useful in the receiving game. Houston is a good matchup for RBs too, so we could see plenty of attempts.

Gaskin had a solid enough performance last week, but this offensive line is still a weak unit. If there was a defensive front that it could dominate, it would be the New York Jets. This week, the offensive line is likely to struggle to get anything going against a Carolina defensive line that has restricted RB production all season.

Hilliard has been a popular waiver wire add this week, after D’Onta Foreman just didn’t get it done against the Texans. But the thing is Hilliard has just never done it on the field. The Patriots have only allowed 3 total TDs to the position so far this season too. There are better options this week.

I’m ready to be hurt again after Aiyuk has had a few weeks of seeing increased usage in the offense. Yes, the leading receivers in this offense are Deebo Samuel and George Kittle, but the 49ers are a team that takes what is offered and the Vikings secondary is among the worst in the league, giving up an average of 27.7 points to the position.

You are starting D.J. Moore, because well, he is having a great season. But Anderson has been getting more involved since Cam Newton returned to the fold. With how poorly the Miami secondary has played this season, Anderson is worth a flex consideration in this matchup.

The Jaguars are likely to be throwing the ball early and often, as they look to stay in touch with the Falcons. That assumes that the Falcons offense manages to rebound from their showing against the Patriots of course. But, with Jamal Agnew now on the sidelines one of these receivers will be effective alongside Dan Arnold this week. I’d bet on Shenault, but that’s partly because I have him in a few dynasty leagues.

Elijah Moore is grabbing headlines, but with Corey Davis struggling with a injury I like Crowder in this game. The veteran will operate as a release valve for the Jets, who look like they are going to be putting Zach Wilson back into the lineup which could mean a return to the short passing game, and an uptick for Crowder’s involvement.

Sutton has a good start to the season, and a solid middle, but there hasn’t been alot of rely on recently. The return of Jerry Jeudy from injury, and Noah Fant performing doesn’t leave a lot left for Sutton after the running game has also had its opportunities.

Waddle is a hard player to straight sit, because of the volume that he gets in the offense. But this game is a tough one for Miami. The Carolina defense is a solid unit, and their secondary too has performed well this season. If you do have a player in a better matchup, you might be better off putting them in your lineup.

The Chargers defense is not good at limiting TE production, and Fant is an above-average player. Yes, he hasn’t scored since Week 6, but his involvement in the offense screams another score coming very soon.

Hooper comes into this game as one of the more established receiving weapons in this offense. It’s not a high volume offense through the air, but there should be opportunities for Hooper to get involved against a defense that has struggled to limit production at the position this season.

Gronkowski found himself on alot of waiver wire claims this past week, as alot of owners let him leave due to his prolonged absence due to injury. But he returned with a great performance against the Giants last week. We could see another strong game against the Colts this week.

It’s tough to trust Henry, because he just doesn’t see the ball outside of the redzone. I know that is the case for a lot of TEs but Henry is an extreme case. The Patriots offense has been effective, but I’m not banking on Henry getting a TD for his fantasy performance, the Titans have only allowed 3 TDs to the position this season.

This is mainly about the matchup, the Denver Broncos are yet to allow a single TD to the position this season, and just 4 points on average to the position. With the other players on the roster, Cook isn’t going to find alot of opportunity in this game.

The Panthers defense is a strong unit, even when they were beaten by Taylor Heinicke last week (which was unexpected) they managed to have an ok fantasy performance. With the struggles the Miami offense has had, starting with their offensive line, the Panthers are a fine start this week.

The Eagles defense has really got to a place where they are effective. Putting pressure on the QB and forcing turnovers in the process. A matchup against the Giants, led by Daniel Jones, is a decent matchup too. The offensive line allow sacks, while Jones has had a tendency to turnover the ball.

The Vikings defense is a decent unit, but that hasn’t always translated to fantasy. The issue this week is that the 49ers offense is exactly the type of offense that can unpick them. Able to move the ball quickly and effectively, they get the ball out quickly, and haven’t suffered with turnovers recently.

You might be tempted to play the Falcons, given the matchup against the Jaguars, but I’m not massively confident they are going to do what you might expect. I could be wrong, but there are better options out there.

The Bengals offense has taken a step forward this season, and that includes their kicker. He has been accurate all season (let’s ignore that Packers game), only missing 3 FGs and a PAT (including that Packers game, see it wasn’t that bad). The Steelers have had a bend but don’t break defense which has allowed kickers to have some good performances against them.

Every week I feel like I try to talk myself out of Gonzalez, so I’m just going to embrace it instead. Gonzalez hasn’t missed a kick since Week 4. The way the Panthers offense has managed to move the ball, there should be plenty of opportunities this week. The thing is, will there be enough FGs to be effective for fantasy?

You may have picked up on it, but I’m out on the Dolphins for this week at least. I just don’t see how they are going to be able to move the ball reliably against this Panthers defense.

What I’ve written above for Sanders translates down too. The Titans offense hasn’t managed to move the ball too effectively since Derrick Henry has been on the sidelines, and the Patriots defense is a mean unit. It’s tempting to have him, as he has had some big weeks, I just wouldn’t be looking for it this week.

Well that’s it for our Start ‘Em Sit ‘Em for Week 11 of the 2021 season. Remember, you can check out rankings for each Week. Reach out on social media, you can find us on Twitter, Facebook, and Instagram. Or jump into our Discord server.