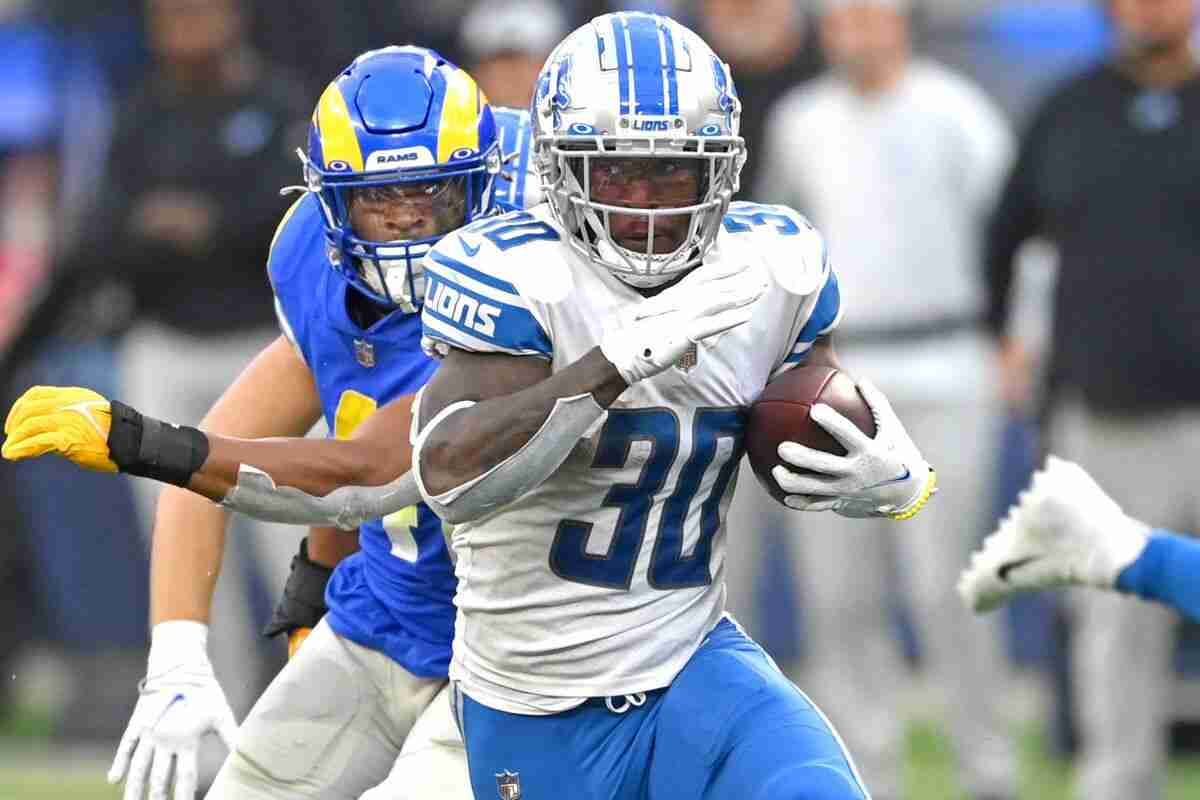 Welcome into Week 13 of the 2021 season, and the latest in our Start ‘Em Sit ‘Em series. We have four teams on bye this week, so hopefully you’ve got cover for this crucial week:

The expectation would’ve been for Hurts to do really well against the Giants. But that didn’t happen, but you shouldn’t move on from him just yet. Hurts still has a good floor, with this rushing ability and the Jets defense has allowed plenty on the ground this season. This is a bounce-back game for Hurts.

Carr has been putting together a string of good performances this season, which has put him at the top of the league in passing yards this season. This matchup is great for him to stretch that lead too, as Washington Football Team have struggled to limit teams through the air.

The Bengals are likely to be forced to put some points this week against a Chargers team that manages to score at will. That is unless the Bengals defense get on top as they did against the Steelers. But given the pressure that Herbert has had in the pocket, he is likely to be able to overcome that and force the Bengals to score.

After his performance last week, I need to see it on the field before I can put Wilson back in my lineup. The Washington game was an opportunity to get right, and while he didn’t disappoint with the box score, it wasn’t the level of performance that I expected from him. The 49ers have also started turning the screw defensively too. It’s not a ‘sit at all costs’ but just don’t auto-start him, you might have a better option.

Ryan is a guy that I constantly am getting hurt by. He has the individual and surrounding talent to put up fantasy numbers, but just hasn’t the past few weeks. I’m not expecting a similar performance to what we saw at the start of the season.

If you picked him up this week, or even if already had him, it’s time to start him. The Vikings have allowed an average of just under 20 points to the position this season, and Williams is the only guy that’s done it before, with D’Andre Swift expected to miss. The positive thing is that he is unlikely to be pulled out of the game either, with his ability in the passing game.

Staying in the same game is a more obvious start. Mattison is set to be the lead back for the Vikings, with Cook suffering a shoulder injury. Detroit have struggled to stop teams running on them.  You shouldn’t be doubting starting Mattison in this matchup.

The Eagles backfield is one I’ll start guys from. The issue is, who is it going to be? Honestly, I don’t know. Sanders suffered another injury, Howard didn’t suit up, and that meant Scott was the guy who got the carries. This week, it seems that Howard is set to return, so he would be my preferred option, but in this matchup there should be enough for a few guys to have a good game.

Freeman has had plenty of touches but hasn’t been massively efficient with those touches. At some point though, that has to change and start showing in scoring.  Against a Steelers unit that has struggled to defend the position at times, and has suffered injuries too, go with it.

Coleman was a popular add this week due to the share of touches that he was given last week against the Texans. The thing is, the Eagles defense is better than the Texans by a margin. As a result, I wouldn’t be confident starting Coleman.

Breida has been a popular add this week, after a few impressive performances, but given his usage they are massively unsustainable. The thing is that Buffalo have split carries this season, and knowing which guy is going to be the one (if any) to score the TD. That’s assuming it’s not Josh Allen. I just don’t want to deal with the headache, unless I need a hail-mary.

I’m going to take this moment to apologise for those people I told to start Smith, it really didn’t work out. But this week I’m expecting the Eagles to bounce back this week against the Jets. Smith has been great this season, so slot him straight back into your lineup.

Cooks was saved from really disappointing for fantasy with a TD. Cooks is about the only part of the Texans that I’m confident to play week to week, which is due to his massive target share. The Colts have allowed more TDs to WRs than any other team in the league too, so there’s hope for a score.

Golladay has put together some games where he has managed to be on the field for the majority of snaps. This week could be a new QB throwing the ball, with Daniel Jones suffering a neck injury. But, against the Dolphins poor secondary, there is hope that Golladay could have a good performance. Especially as he has started to be used in the redzone.

One thing to say straight off the bat is that my current expectation is that both Kyler Murray and DeAndre Hopkins both play in this game. But, even if they don’t, Green is a decent enough option. Green has found himself a bit in the Arizona desert, and has a good opportunity to perform against a poor Chicago secondary.

Chase hasn’t hit the highs that he started the seeason with in recent weeks. Infact, he is yet to have had over 50 yards in any of his past four games. There is no doubt that he has the talent to put up big numbers, but with the emergence of Tee Higgins, we could see the Bengals going that way, avoiding the primary coverage Chase is likely to command.

What a difference a QB makes. Moore had been great the past few weeks, when Joe Flacco was throwing the ball, but the return of Zach Wilson brought a lack of production for Moore. This week, the Jets are set to face up against a tough Eagles secondary so I’m not holding much hope.

Thomas is back from injury, and had a handful of targets in that game. The Raiders are a bad team at defending against the position, which combined with Thomas having a week under his belt, should mean a return to fantasy relevance.

Uzomah has had some big games, and then gone quiet. This one has the potential to be a good game for him. The Bengals are likely to need to score points in this game, and the Chargers have given up a league-high 10 TDs to the position this season.

Freiermuth might not play, so keep an eye on the reports through the week to see how he progresses through the concussion protocol. The Steelers’ offense has really started to use him in their offense, as Ben Roethlisberger has stopped looking downfield as much. Combine that with the Ravens defense allowing one of the highest points averages to the position this season, and the rookie is a fine play.

Everett scored just his second TD of the season against Washington, but I’m not expecting that to happen again this week. The 49ers have only allowed 4 TDs against them from TEs this season, and with how the Seahawks offense runs through D.K. Metcalf and Tyler Lockett typically, I’d look elsewhere this week.

Kmet had a great outing last week against Detroit, which might give you some hope entering this week. But, I’m not feeling too great about this week. The Cardinals are the best team against TEs in the league, allowing a single TD to the position this season, and an average of just 3.9 points. I can’t imagine the Bears’ offense is going to be particularly high-tempo either.

Is the Dolphins defense back to what it was last season? I’m not sure. But, it has certainly been more effective. They managed to keep Cam Newton in check last week, leading to a great overall performance. This week, the matchup against the Giants should be one to target.

The Cardinals might be available in your league still, so check. Let’s be honest, the Bears offense is a slow-paced unit that has struggled to pose too much of a threat this season. The Cardinals are going to be putting pressure on the pocket all game.

The Steelers defense was drafted highly, but it hasn’t lived up to that cost. The team have suffered with injury, and that makes me worry. The Ravens offense is inconsistent between being great when everything clicks, and awful if Lamar Jackson implodes. I just don’t want to have to rely on the Steelers this week.

The Bengals had a great game against the Steelers, like dominant. But the Chargers offense is significantly better. You are going to be hoping for Hebert to struggle under the pressure, and he has shown that he just doesn’t.

Joesph has been a good kicker for fantasy for the most part. This week the Vikings are set to face Detroit. The expectation of a few PATs, along with the potential of FGs makes Joseph a fine play. Oh, and in a dome too- perfect.

Badgley has had a string of good kicking performances for the Colts. The Colts are a perfect offense for a fantasy kicker, effective enough to move the ball downfield, but can stall near the goalline. Against Houston, I’m not expecting too many stalls, but there should be plenty of PATs giving a decent floor, and some FG attempts mixed in.

The Cardinals might even move away from Prater, after he missed two FGs and a PAT last week. If there was a pick that could bite me, this is it, as the Cardinals welcome back Kyler Murray to lead the offense. I just don’t feel overly confident in starting Prater.

Sanders had a decent game last week against Carolina, kicking both his FGs, only missing one PAT. The thing is, that has been a relative high for him this season. With better options out there, I’d look at benching Sanders.

Well that’s it for our Start ‘Em Sit ‘Em for Week 13 of the 2021 season. Remember, you can check out rankings for each Week. Reach out on social media, you can find us on Twitter, Facebook, and Instagram. Or jump into our Discord server.