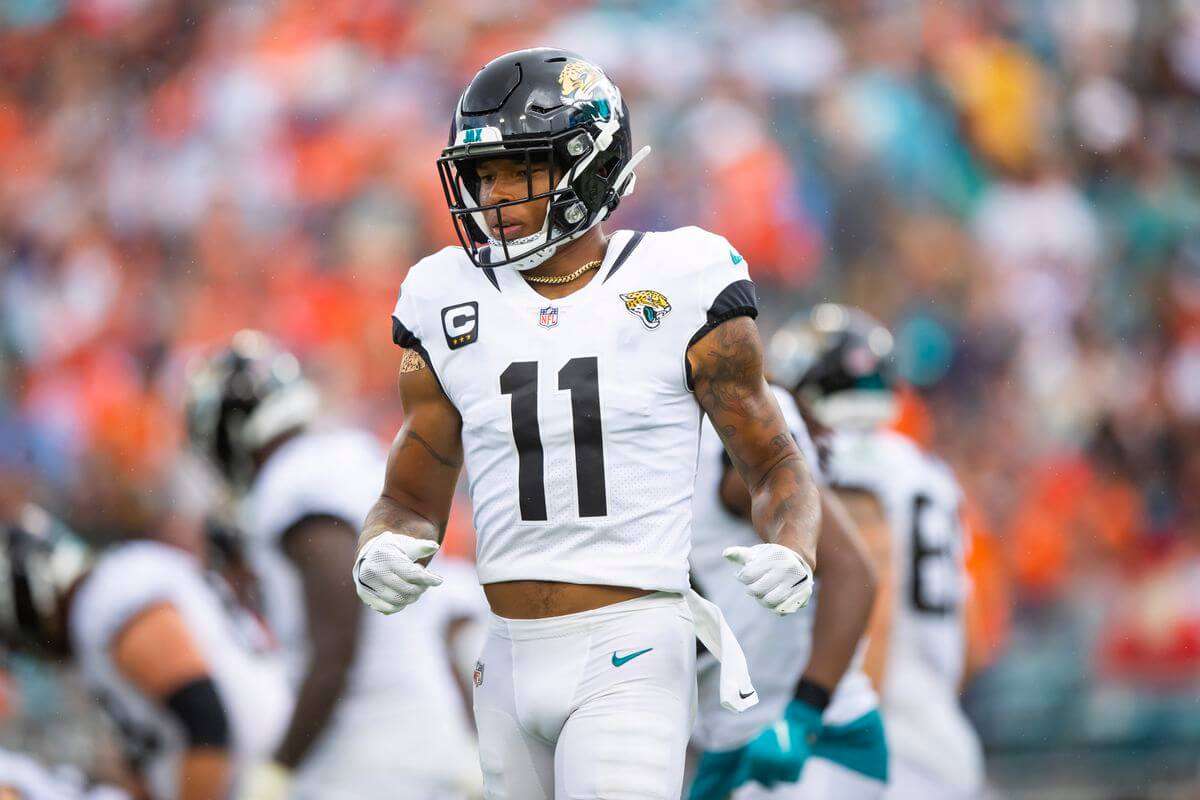 Everyone seems to be ignoring the No.1 fantasy QB over the last month in Aaron Rodgers ($7,500) at a projected 3.2% owned, so I will happily take advantage of that. The last three weeks have seen the Green Bay QB average 32.7 DK points, which is an easy stud value play based on his price here. Rodgers may not have his full arsenal of weapons at his disposal this week, but he has the two most important ones in Adams and MVS who have been eating alongside A-Rod as of recently.

Trevor Lawrence ($5,100) is an intriguing QB this week with the departure of Urban Meyer as head coach. Week One earlier in the season haw Lawrence has one of his few boom games as a rookie so far, scoring 25 DK points against this same Houston defense he faces here in Week 15. For me, this fresh start allows Lawrence and Jacksonville to get back on track and their opponents this week are not exactly the toughest opponent out there.

This slate feels like one of the Tennessee running backs will have a big day, but which one should we target? D’onta Foreman ($5,200) seems to be the main back in this room and has been solid with his opportunities thus far but has not truly broke a slate, putting up back to back 14.2 DK points. So achieving a 3x performance from Foreman suggests being a challenge. Jeremy McNichols came back last week and did not look great, so I expect Dontrell Hilliard ($4,900) to reclaim his RB2 role, and he has shown the upside we ultimately need in our lineups to takedown these contests. Hilliard’s 22.3 point Week 12 performance highlights this and with Pittsburgh currently sitting as the worst team against RBs over the last month, giving it in the air and on the ground, Hilliard is the play I will back this week.

On a slate of limited options, Jeff Wilson ($5,000) is someone I will head back to as the lead back for San Francisco against Atlanta. Wilson did not set the world alight in a similar role in W14, putting up only 5.6 DK points but more often than not, one back from this backfield has a solid outing week on week, and Wilson is the only option against Atlanta. Also, James Robinson ($5,400) should be high on your priority list of backs this week against Houston.

As we head closer to Sunday, I will be amazed if we do not see more traction towards the Dallas receivers. Most of it is probably down to Prescott at QB struggles since his injury, but as The Athletic has highlighted, it is going to take a collective effort to get his offense back on track and Prescott, and Dak and his pass catchers have been putting in the work to ensure they hit form for the postseason I will back the work and process here. CeeDee Lamb ($7,400) has been the most targetted receiver over the last two weeks (23) and has generated the most production (150 yards), and Michael Gallup ($5,500) is not too far behind, with 99 yards and a touchdown through the same period. Amari Cooper ($6,400) is the primary victim from Dak and Co’s struggles but is the most efficient with his targets so perhaps getting Amari the ball is the key to unlocking this offense’s explosiveness. Either way, all three players should be on your radar, with New York’s 25th ranking overall and 31st ranking in the red zone to WRs through the last four weeks.

If no one is going to play MVS ($4,900) this week, give me all the shares I can get in the Green Bay receiver, who has the third-most air yards throughout the last month and should correlate nicely in this matchup. Marvin Jones ($4,600) is another Jaguar to watch. Now Urban Meyer has departed, the Darrell Bevell, now in charge loves a deep ball pass, which we can refer back to from his time with Russell Wilson, and Jones has been known for this ability throughout his career. On the same metric, Houston allows the second-highest completion % on deep balls and the highest yards per attempt.

With very few plays at the tight end position, it is easy to see why players like Kittle and Mike Gesicki ($5,000) are picking up so much ownership. With Waddle, one of Tua’s top targets this season, being placed on the COVID-19 list, the pass funnel that is Miami’s offense just a little narrower and Gesicki should be in line for extra work. And with New York’s 28th ranking against tight ends over the last four weeks (18.3 ppg), it could be the case of not fading the chalk this week at this position.

A defense that seems to be overlooked, probably because of the price, is Arizona ($4,000). Whenever this unit takes on a bad offense, they tend to dominate them from a DK points perspective. Admittedly, their 52 points allowed over the last two weeks is a bit concerning, but we have to consider the offense they are going up against here in Detroit, who are missing two of their key weapons in Hockenson and Swift.

Another defense that stands out to me this week is Buffalo ($3,100). They seem to have fallen into quite a nice sweet spot of pricing against a Carolina defense who cannot generate a consistent offense no matter how many QBs they roll out.

Back the AFC East outfit to bounce back to it’s top 3 fantasy performance this week, which it was achieving in the three weeks prior to Week 14.