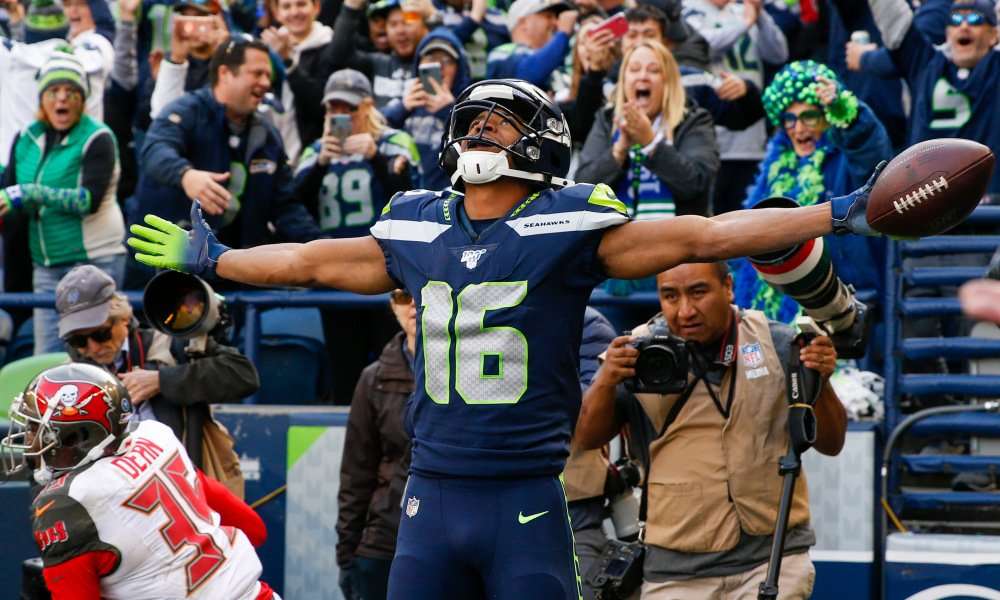 Arizona heads into Week 18 in a must-win scenario to keep their hopes of securing the NFC West title alive. This week sees the QB position focus all-in on high floor rushing quarterbacks, and Kyler Murray ($7,400) sits right atop of that list. This is on top of quite a few of Kyler’s weapons in Kirk and Green, just short of milestones and incentives in their contracts, respectively. This week, Murray’s opponents, Seattle, are not exactly this watertight unit against the QB either, ranking a bottom 12 unit to defend the position from a fantasy perspective. These are the type of situations we need to be targetting in a tricky week, and Russ Wilson should keep this game competitive enough to which Murray will need to play all four quarters.

I am more on board with the Trey Lance ($5,500) play this week than last. The road to Lance starting this week is a bit cloudier than against Houston, with Garappolo getting that bit healthier and Shady Shanahan playing his tricks again. If Lance is getting the practice snaps, he is starting, end of the story. Then there is the matchup in Los Angeles, a renowned stout defense against all positions, including QB, and need to win as much as San Fransisco does. It is another tough matchup for Lance, I won’t lie. However, all this uncertainty means fewer people will opt for the rookie in this must-win environment, and with Lance’s upside, we could have the perfect spot to target here.

I have always been honest with you readers of my articles this season, and this week is no different. Running back is a dumpster fire this week. Everyone will be on the same plays, and there will be little room to get different.

When I am writing up plays like D’Onta Foreman ($5,700), I know it is a tough week, especially after what he did to my team Miami. But I cannot deny solid matchups, and with Tennessee needing to win to secure the No.1 seed in the AFC. And when I say solid matchups, in Houston, we have the worst team against RBs over the last four weeks in fantasy terms, giving up 30.4 points per game over this period.

Ke’Shawn Vaughn ($5,300) will also likely be a popular play this week with the injury news that broke about Ronald Jones. With all due respect to Bell, he looked pretty poor in Week 17, so I imagine Vaughn will be getting the majority of touches in the backfield. These touches will be against a Carolina team who have given up on their season and are a defense averaging 120 scrimmage yards and 1.2 TDs per game to RBs over the last four games.

Outside of that, I shall be playing a lot of Jonathan Taylor ($9,300) if my lineups can afford him.

Outside of the obvious Cooper Kupp going for record-breaking numbers this week, Tyler Lockett ($6,400) looks set to be in a great historical and recency spot here, especially as a bring-back in any Kyler stacks. We have seen Lockett expose this Arizona secondary two out of the three last games, going for a nuclear 200 yards and three touchdowns back in 2020 and, more recently, his 115-yard performance this season. The recency element of this selection comes into factor when you see that Arizona are the worst defense from a fantasy perspective at defending Lockett’s position, giving up a whopping 52.1 DK points per game over the last four weeks. All of this is added to that Lockett is likely to face up against Antonio Hamilton as the WR2 in Seattle, a corner giving up 13 points per game, one of the highest rates in the league of all corners.

On the other side of the ball and following a similar method of targetting plays, we find ourselves falling upon AJ Green ($5,400). A banged-up Seattle secondary comes into Week 18 with fatigue and the long season catching up with them, with both of their top corners struggling with injuries, including John Reid, Green’s assignment this week, a notoriously easy matchup for opposing WR2s all season, giving up an average of 10.7 points per game. Green will also be playing for financial incentives, with the Arizona receiver being 75 yards away from a final week payday.

If Ray-Ray McCloud ($3,800) ends up getting promoted to the WR2 role with the COVID-19 list placing of Diontae Johnson this week, then it may be chalk we all have to eat. Both of Baltimore’s top current corners in Kenny Smith and Kevon Seymour have been atrocious this season, and McCloud is set to face up against the worse of those two in Seymour, who gives up 14.2 points per game. In Big Ben’s final match and with the chance to deny Baltimore’s chances of playoffs, the QB will be well up for this matchup, and McCloud should be one of the primary beneficiaries of this.

Like last week, early signs are that no one is going to play the most expensive plays on the slate in Mark Andrews ($7,400), George Kittle and Rob Gronkowski ($6,300), and the tight ends in bold are of particular interest to me despite Kittle’s excellent career record against Los Angeles (87 yards and 0.6 TDs per game in eight career games).

Starting with Andrews, the Baltimore tight end has been on fire the last four weeks, totalling 465 receiving yards throughout that period and is within distance of achieving the statistical milestone of yards in a single season, being 141 yards short with one game to go. This milestone is not an unrealistic one for Andrews, considering he has surpassed his total once this season and has recently had three 100+ yard games with Huntley at QB, who Harbaugh announced as the starter on Friday.

On the other hand, Gronk has a bunch of contract incentives to collect! Each incentive listed that is hit in the final game nets Gronk a nice $500k:

Whilst the latter of these three seems unrealistic, I do not see the first two in the same light. After the AB fiasco in Tampa this week, Brady and Co, I am sure, will be looking forward to getting back on the field and closing the season on a high against a Carolina team who they smashed earlier on in the season.

With such a few amount of teams being a full-go in Week 18 in terms of needing to win this week, we are limited with our choices in confident plays. For me, Indianapolis ($3,800) and New Orleans ($3,400) are the two best defenses on the slate. Both are high-scoring defenses in their peak and are in must-win scenarios. Outside of those two, it is tough pickings with a bunch of backup QBs slated to get the majority of snaps for teams with nothing to play for.