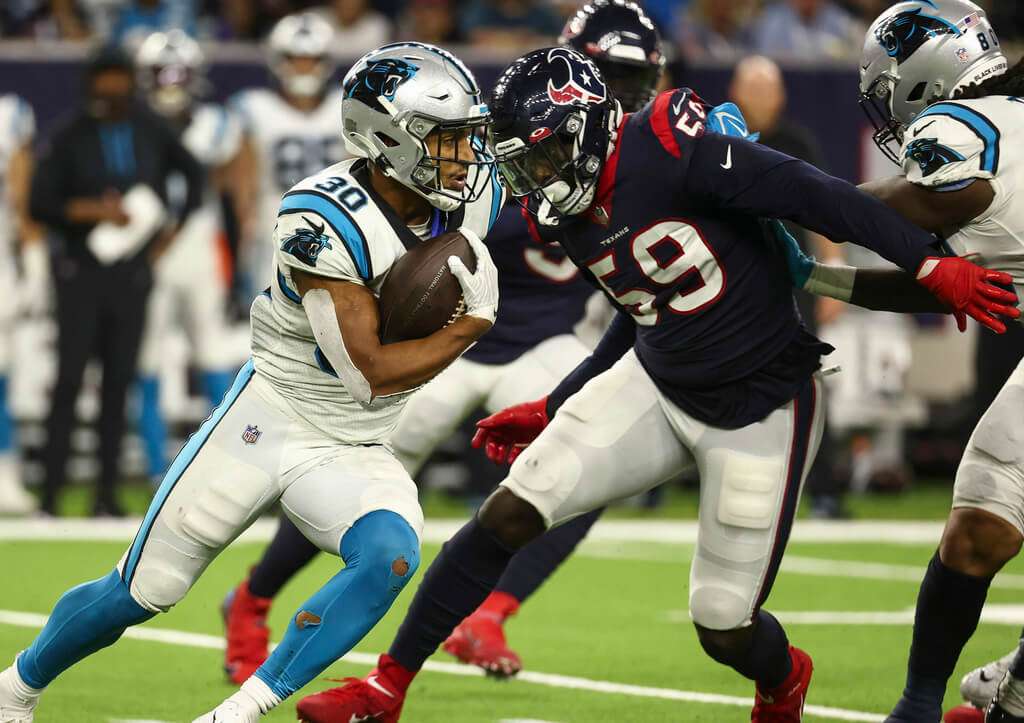 Even though Week 3 isn’t fully in the books, we are ready with our Week 4 waiver wire pickups for the 2021 season. I’m hoping that you don’t need any miracles for Monday Night Football, and you comfortably have your victory in the bag!

Winston is a rollercoaster of a player to own. That might be an understatement, but it’s true. He started well against the Packers before struggling against the Panthers. This past week, he was able to get ontop of a Patriots defense that has looked good (albeit against weaker opposition). His box score of 128 yards and 2 TDs might not be the greatest score, but there wasn’t a need to do that much in a game where the Patriots couldn’t get anything going.

Cousins is having a great start to the season, but is still only owned in around a third of leagues. The Vikings offense is firing, on the ground and through the air. Given that strength, a matchup against the Browns should be fine. The Browns just had a fantastic performance against Chicago, but this Vikings offense should be able to get the upper hand.

Bridgewater faces his biggest defensive test this week, against the Ravens. This Ravens defense isn’t the unit that it used to be though with the issues they have in the secondary. Bridgewater didn’t grab headlines last week against the Jets, but he really didn’t need to. If you are in need of a streaming option, the Broncos offense is firing right now- even without Jerry Jeudy.

Mattison stepped in for starting RB Dalvin Cook and (finally) managed to have a big game. When he has filled in before, he has struggled to make the most of the opportunity. That didn’t happen this past week where he ran all over the Seahawks with 112 yards from 26 carries. It remains to be seen if Cook will still struggle with his ankle injury, but Mattison has now shown he is a high-level backup.

Gainwell is yet to play this week, which might be why he is still available in the vast majority of leagues. Gainwell has established himself as a part of this offense. If Sanders goes down, it looks likely the team will look to the rookie to fill the gap. If you can pick him up as a free agent now, do it.

Bernard was signed in the offseason with the assumption that he would fill in as James White for Tom Brady. In the opening weeks, that didn’t happen, but against the Rams this past week, Bernard has 10 targets. That led to nine receptions for 51 yards and a TD, solidifying the claim to being the pass-catcher out of the backfield. In a PPR league, pick him up.

Hubbard is going to be the hottest pickup this week, with consecutive weeks where Christian McCaffrey has been on the sidelines with injury. My advice here would be to add him if you can, but don’t go crazy. It’s unlikely that he is going to get the workload that McCaffrey normally gets, and Hubbard will quickly move out of the rotation once McCaffrey returns.

Barber is another who is going to be a popular pickup this week after he shouldered the carries for the Raiders. Barber has been given the workload by the team when Josh Jacobs has been forced out of the lineup by injury. As long as Jacobs is out, Barber looks to be the back to own.

The pickup of Taylor is going to be dependent on James White’s injury, and only really viable in PPR leagues. The circumstances that I’d look to pick him up are if White is out for a few weeks, as I’m not going to put him straight in my lineup, but Taylor is the guy to fill the role in the offense vacated by White.

Callaway had massive buzz this offseason, but really didn’t meet expectations in the first two weeks. In the opening week, the Packers secondary limited his opportunities, and last week Winston limited them with inconsistent play. Last week he led the team in targets and receptions, catching a TD. Next up is a Giants secondary that has been inconsistent this season.

Watkins has bounced around the league, having flash games but ultimately not being overly reliable for fantasy. He still isn’t reliable, but he has been more involved in the offense, especially against Detroit where the team threw the ball often. The matchup against Denver next week is a tought one, but the schedule is a little better after that.

Green rolled back the years last week against a poor Jacksonville defense. Part of that performance would be the fact that Hopkins was banged up and that freed up some looks. Next week against the Rams will be a much tougher test, but on a top-tier offense, you can pick up an effective option. The same can be said for Christian Kirk (23%) who was joint-lead in targets and receptions.

Patrick had another good week against the Jets, continuing his good start to the season. This Denver offense is moving, and until Jerry Jeudy returns, Patrick is going to continue to be productive. The Ravens secondary isn’t the strongest, as a result of injury, and there is no reason to shy away from this offense currently.

Everett was a guy that I was big on for this season. The reason being that Seattle made an immediate move to bring him in, and have a need at TE. This past week, he caught 5 passes for 54 yards- his best game this season. Next up are the 49ers who have been beaten at the position this season.

Friermuth had another decent outing last week, getting the only TD for the Steelers. With the injuries in the offense, there are plenty of targets that are up for grabs. Next up for the team are the Packers. A team that is one of the worst units against the position. If you are in need, you could do worse.

Conklin isn’t the biggest piece of this offense, but he does have an established role. The Vikings TE had a great game last time out against the Seahawks- his career game infact. Whether he is able to repeat that isn’t know, but this offense is cooking and even with a tough matchup against the Browns, Conklin should have value.

The Bengals defense kept the Steelers offense at bay last week. Getting after the QB, forcing turnovers and limiting conversions. This week, they face up against the Jaguars. With Trevor Lawrence struggling to get anything moving, expect another good game.

Prater’s ownership continues to hover just under 40%. I don’t really know why. He plays his home games in a dome, has a massive leg (yes I know he missed that long attempt). Next up is a divisional matchup against the Rams. We could see some drives stall, and Prater have plenty of attempts.