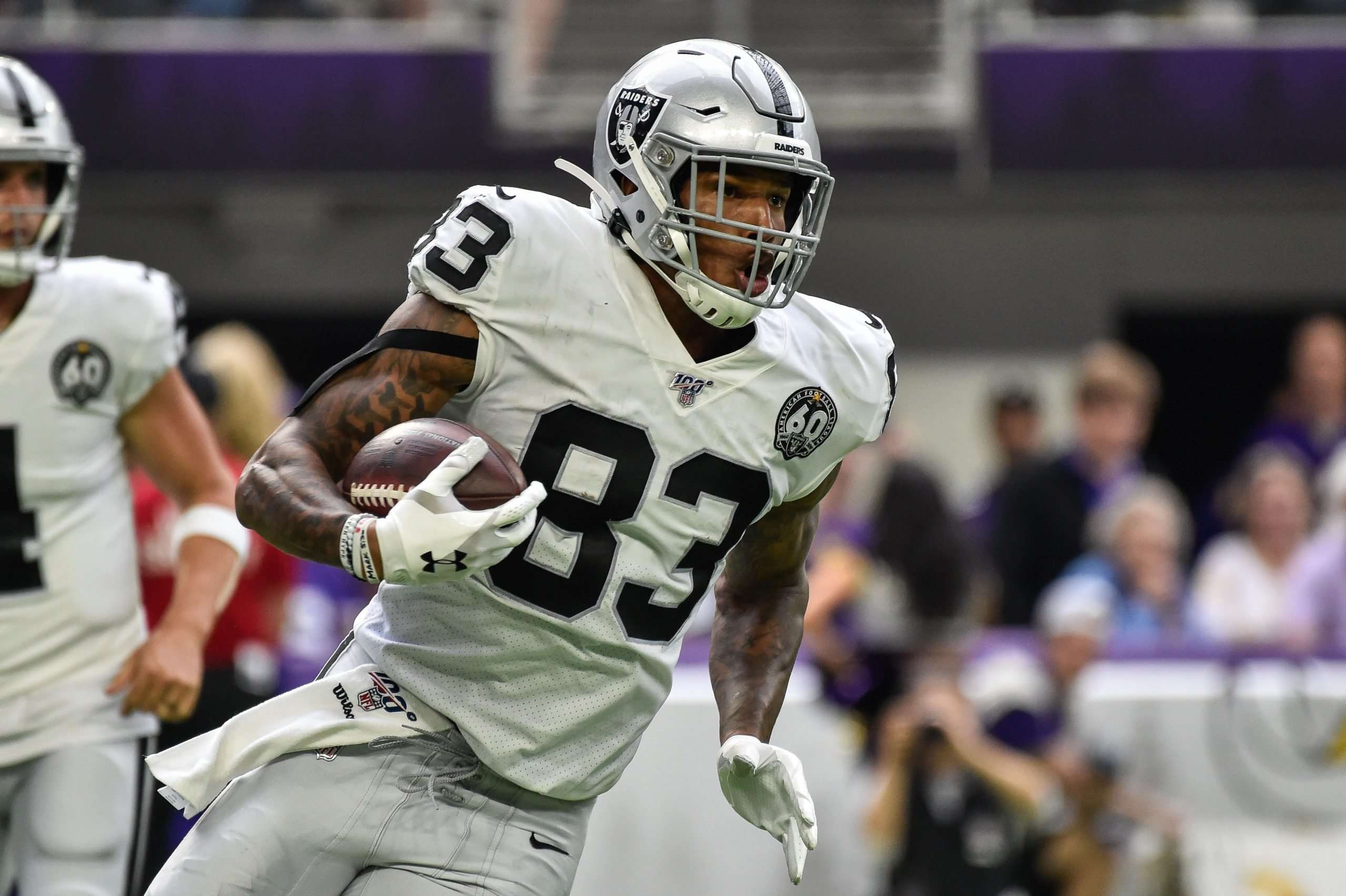 Week Five went much better than the previous, with multiple cashes in tournaments, but DFS seems to be a bit of a rollercoaster at the moment.

I want to introduce some consistency to my results this season which I hope will start to come now, we are a good way through the season, and teething issues should have been addressed, but there are no guarantees.

I much prefer the more concentrated slates, so now the bye weeks are kicking in, the tough will get going, and I plan to be amongst that crowd from the off.

In our first slate this season, where a limited number of games are available to select from, I keep coming back to this matchup, perhaps unsurprisingly.

Starting with the road team in Kansas City and Patrick Mahomes ($8,300) is an intriguing option. Another difficult loss on Sunday sees KC drop to 2-3, with Mahomes not being helped out by his lack of protection in the pocket, a similar theme to the last Superbowl in February. Despite the challenging circumstances, Mahomes has put up 20+ DK points every week this season, and I cannot see Washington putting a halt to this streak, a team that has allowed the second-most points to QBs on the season. This stat is only beaten funnily enough by Kansas City themselves (31.1).

As well as the above, Kansas City also allows the most points to QBs in the redzone throughout the whole league (10 ppg). Both stats benefit Taylor Heinicke ($5,800), a QB who some have argued has a real lack of upside when it comes to DFS when against the top teams, with the exclusion of Buffalo. This matchup feels like the perfect spot for the Washington QB to prove the doubters wrong, especially with his skill position players also in advantageous situations, which we will get onto later.

Many people’s attention will turn to Joe Mixon ($6,400) in this Cincinnati Detroit matchup, and rightfully so, but Swift feels like a more contrarian play in an equally solid spot to smash this slate.

Swift is a player who has seen double-digit carries and routes run every week, resulting in 3/5 RB1 weeks in the 2021 season and a league-leading receptions total amongst his position. This script should continue against their Week 6 opponents Cincinnati, whose games have all been close margins throughout, and so have Detroit’s, whose average margin of defeat sits at just eight points.

Furthermore, with Swift’s usage in the red zone when Detroit does get to this zone, the upside for big points returns are always there.

*I expect Mixon’s ownership to rise significantly come Sunday and take away from Swift’s current ownership projections. If this is not the case, my shares of Mixon could outweigh Swift in W6.

A late addition to the slate-breakers article.

This selection has to be the easiest of the week for me and has the chance to be the most destructive likely. In his starts, Henderson has displayed a solid RB2 floor with occasional RB1 upside, not dropping below the RB20 rank on a week-to-week basis so far this season.

This showcases Henderson as a great cash play this week, but the matchup in New York allows him to be more than that. With a real lack of offense on the New York side of the ball, the Los Angeles back should see an ample opportunity on the ground, especially with Sony’s role taking a backseat as of late with Henderson’s health returning to the total capacity. Furthermore, New York as a whole is a sieve to running backs, ranking t-5 for fantasy points allowed to RBs (29.4) and third-highest for rushing yards allowed (124 pg).

The only red flag (popular on Twitter atm) is New York’s defense against RBs in the redzone, which is in the bottom half of the league (5 ppg allowed), but this situation is a unique one which if Henderson sees 90%+ of the snaps, that points per game amount will see an increase.

McLaurin is one of my favourite players in the league to watch every week, so it is a great pleasure that I can throw him in this DFS article for Week Six.

Regardless of my fandom for Scary Terry, it is hard to ignore a top-five target share in the entire NFL and a continuous highlight reel of outrageous plays. McLaurin is slowly gaining the tag of a ‘QB-proof’ receiver that only a few talents can dream of achieving throughout their careers.

Washington’s Week Six opponents in Kansas City on paper do not seem capable of stopping this highlight reel of McLaurin’s, giving up 31.4 points per game to the position (24th in the league) and 29th in the league when it comes to points allowed in the red zone to WRs at a per-game basis (8.6).

Putting Meyers in your lineups feels like a solid decision this week. Not only does he get to face the Carnival that is Dallas, a bottom-six defense overall to WRs on the season but all his opportunity stats scream off the charts:

With the New England defense being exposed by Houston of all teams, Dallas should continue this, creating a shootout scenario that only benefits Meyers more.

Whenever I write a Tight Ends section of this weekly article, I will throw Darren Waller, George Kittle and T.J. Hockenson automatically as players who could break the slate. They all have that big-play upside and dominate enough of the target share in their respected offenses.

Waller ($6,600) is a silly price in a historical smash spot for the elite tight end. Waller’s last four games against Denver are as follows:

Furthermore, if we narrow this down to just the two road games in Denver, like this Sunday’s matchup, we are looking at 10 targets, 7.5 receptions, 112 yards and 0.5 touchdowns.

D/ST as a position is challenging this week. Not too much stands out at all in terms of spots to target.

A game which could be interesting to target is Arizona ($2,700) @ Cleveland ($2,600). Two defenses who have shown a consistent amount of points generation through league-high sack and turnover totals could cancel each other out, creating a low score affair.

Some news may pop up during the week, which gets me to pivot off of this notion but for now, not too much stands out.