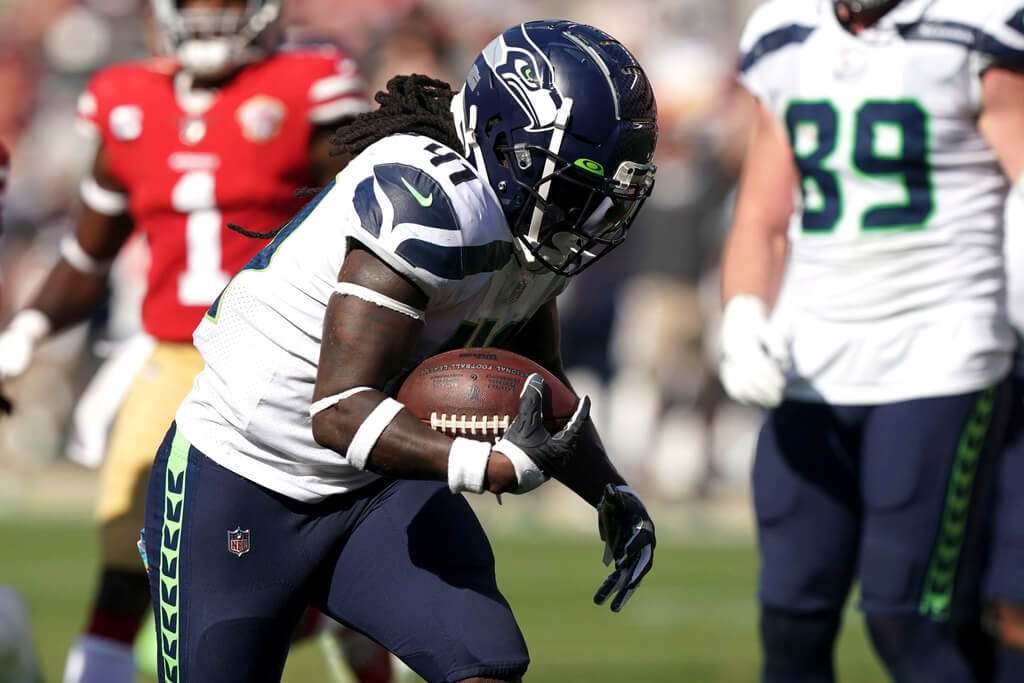 Even though Week 6 isn’t fully in the books, we are ready with our Week 7 waiver wire pickups for the 2021 season. Seems like 4th down was a popular down to go for it this week, with lots of teams going for it. We also saw the last of the action in the UK, with a game that went down to final second.

As with last week, we have some bye weeks to deal with:

The last time we saw Ryan was in London where he led the Falcons to a win. The passing volume should be there each week to make Ryan an interesting option. This week he faces a Miami defense that struggled to keep Jacksonville in check, and refused a bye after the travel to the UK.

The Dolphins QB had some good flashes in London, but also made some mistakes at key times. The thing is, the Falcons defense is not great. It’s almost mandatory to at least consider the QB that faces Atlanta at this stage.

Lance has now had a week to reflect on the performance in his first start. There is no doubt that Lance has great arm talent, and has rushing ability. That makes him one of those special fantasy options. The matchup against the Colts isn’t one to be too worried about either.

Collins has stepped in for Chris Carson, with Carson being put on IR. This pas week he put on a show with over 100 yards and a TD. I don’t think he will manage that against the Saints, given their strength against the run, but any starting RB is worth picking up.

The Ravens backfield might seem like one that is hard to navigate, especially with three RBs finding the endzone, with a similar number of carries. But this game got out of hand pretty quickly, and it was Murray who was in to start the game. If you do need a fill-in for the week though, you could go for either Le’Veon Bell (7.2%) or Devonta Freeman (2.4%) if you are desperate.

Sermon is only likely able to be in this list because he was on bye last week. The 49ers backfield is a tough one to get right, but giving yourself a lottery ticket is worth it if you can pick him up.

Stevenson isn’t seeing a massive amount of work, but he is likely to be the next man up if Damien Harris were to miss any time. The next two weeks he may even be a flex play, depending on how deep your league is, with the Jets and Chargers both struggling to stop RB production.

Johnson was a popular add last season for a week, and he returns to that this week. Nick Chubb missed last week, and Kareem Hunt is now looking like he is set to miss some time (potentially going on IR). The Browns offense flows through the running game, so grab a piece of it now.

Mooney had alot of hype in the offseason as a breakout. But, that hadn’t come to anything because the Bears offense hasn’t really found its feet. This past week though, Mooney led the team in targets and receptions. He may well be owned in your league, but just check.

I’m going to consider all three at the same time, because they have a similar upside and potential usage in your roster. Each of them have different usage in the offense, but they all give you exposure to the Cardinals offense which has been firing this season.

Bateman saw his first action this past week, and made an immediate impact. Bateman was only able to catch 4 passes, but had a joint-equal six targets on the offense. It’s worth noting that he Ravens game got out of hand quite quickly, which led to the team rushing the ball often.

Ertz has been traded to Arizona’s potent offense after a trade (you can see more about it here). Ertz might need a bit of time to get used to the offense, but the Cardinals are firing on offense and they made an active move to bring Ertz in. If you have the space, then pick him up and see how he gets used.

Seals-Jones was given a chance in the starting lineup with Logan Thomas being out, and has stepped into the same role as a primary receiving option. In his past two weeks, he has had 15 targets, catching them for nine receptions and 99 yards and a TD. In a PPR league, that’s fine to get from a TE if you are missing your starter.

The Saints DST is a good unit, able to get sacks and forec turnovers. Geno Smith will be leading the Seahawks again, so this offense is unlikely to be a big issue for the Saints to deal with

Koo is one of the better kickers in the league, normally always a starter for fantasy. He has just had his bye week too, so you can plug in him in for the season now. He might already be owned in your league though, but if he isn’t- gold.