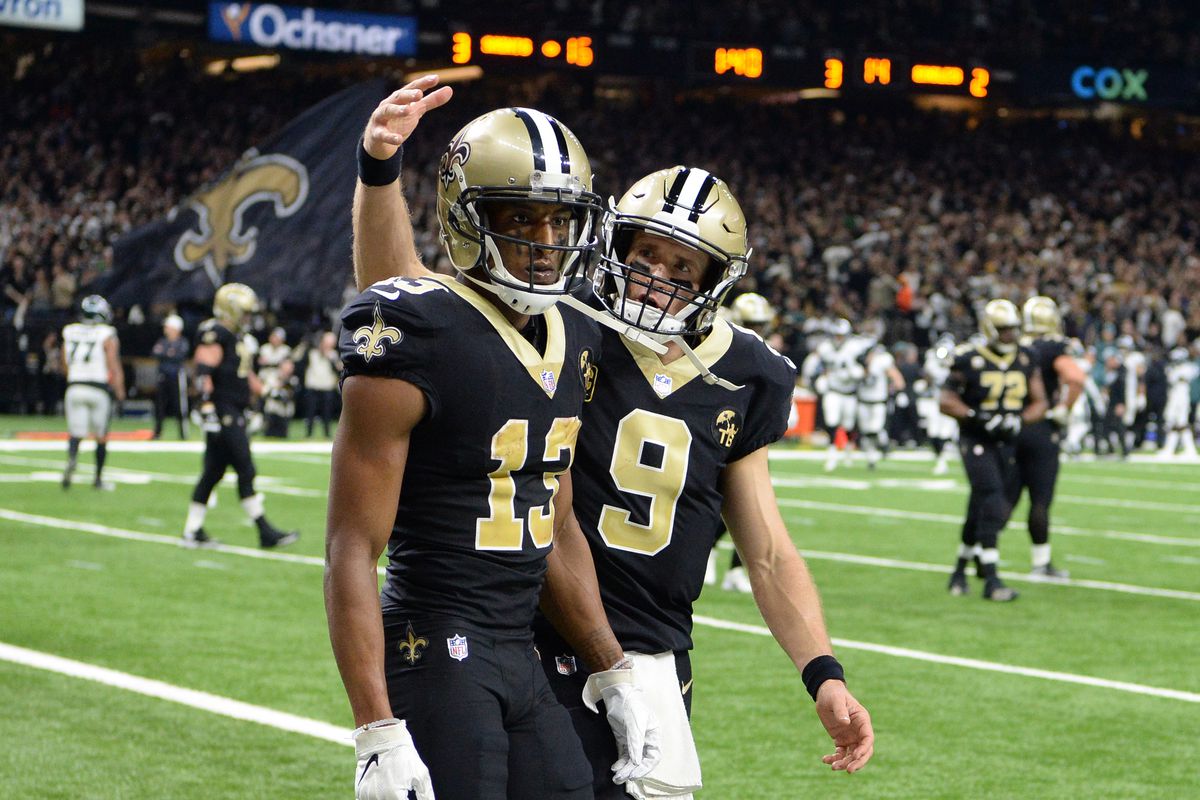 The 2020 playoffs are here, and we continue with our DraftKings Showdown coverage with Chicago @New Orleans. The 8-8 Chicago Bears will head to the Superdome to face the 12-4 New Orleans Saints. The Saints have been battling injuries all year but look to bring it together and Brees past the Bears. At the moment Vegas has the O/U at 48 and the Saints favored by 10.5 points.

When Thomas is available to play he gains most of the targets on the team. He should have a target share of 29% and the Bears have been allowing the 5th most fantasy points to opposing receivers. The Bears also do a terrible job defending the short pass game which Brees thrives at. Expect Thomas to get the offense moving with short dump offs and screens if especially if the Bears stop the run game.

At 9.2k Trubisky is way under price. For the season Trubisky averages 29.7 passing attempts a game. Over the last four weeks he’s been averaging 32.8 attempts.  This just shows the team has leaned on Mitch a little mpore to push the offense through the air. The saints recently have been giving up a ton of fantasy points to all positions and Sean Payton will looks to sure up his defense.

With Thomas back Cook should see a reduction in targets. He’s been averaging four targets a game this season and everyone now and then will be targeted in the end zone. If the Bears decide to double Thomas this could leave Cook open for extra opportunities. Also if the Saints fall behind Brees will need to push the ball increasing Cook’s upside

Kamara is the high projected played on the slate and is expected to have extreme usage. His volume will be unmatched to any one this slate as he averages about 15 rushing attempts a game and 7 targets. The Bears run defense has been pretty stout but that shouldn’t stop you from playing Kamara. Since they use him short passing plays, he can still be effective if the Bears stop the run.

Montgomery has evolved to an every down back making of the most of his yards after contact. He now garners 77% of the rushing carriers and is responsible for 27.1% of the offense. I like that his price is 1k less than Kamara and he will garner lower ownership. The Saints have allowed the fourth most fantasy points to opposing running backs. Also he’s been getting a ton of red zone opportunities, averaging 5 rushing attempts and 1 target. If the Bears go up early, they will lean on Montgomery to drain out the clock.

Santos has been on fire. He hasn’t missed a field goal since September 27th, 2020. Also over the past 4 weeks he has been averaging 2.75 field goals a game with 100% accuracy. His 3.2k price tag makes it easier to fit in the studs like Alvin Kamara and Allen Robinson.

The Saints kicker is a great point per dollar play. If you are going with the narrative that the defenses will rise to the occasion, you can save money by locking in Lutz. Expect his ownership to be low which could make for a great GPP play

Kmet is tied second on the team for market share of targets. His role in the offense has been steadily increasing. Over the past four weeks his targets per game has increased to 5.8, three more than his season average. Trubisky will need all his weapons if he looks to win against this well coached defense. Also you can pair Kmet with Mitch to provide correlation in your lineup.

So, there are our DraftKings selections for the 2020 Showdown of Chicago @New Orleans! Remember any DFS questions, you can check out our articles here. Or you can find us on Twitter, Facebook, or Instagram.