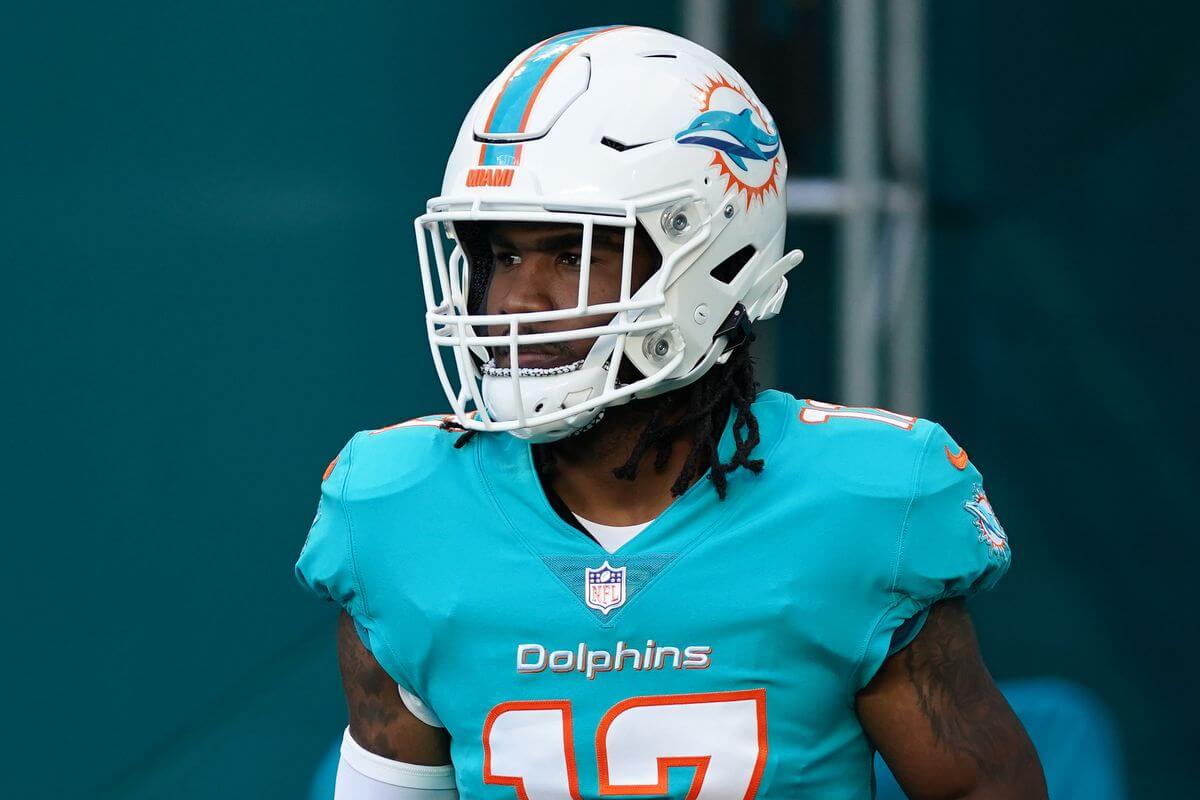 Our Jacksonville Jaguars 2022 Fantasy Preview gives you the run down on the teams outlook going into the season. The team have made a number of changes, bringing in a new head coach (Mike McDaniel) who comes from the Kyle Shanahan tree. With that addition came Frank Smith as OC, who should help the offensive line make the improvements it needs to. The team did attempt to patch there issues in free agency, bringing in Terron Armstead and Connor Williams. Then there are the players that have been brought in, more on that later.

This is the season that Tua has to come good for the sake of his immediate career, it’s that simple. The team have brought in weapons all over the offense, including rebuilding the backfield.

With Hill on the roster too, we should start seeing Tua throw the ball downfield. Don’t forget it was the addition of Hill that made Alex Smith change from being a check down merchant. If he were to combine that with some work on the ground, he could be a great late-round QB selection.

As for Bridgewater, I think that it’s unlikely he starts the season. He has most likely been brought in to act as a suitable backup.

This backfield has seen alot of turnover, and the current talk from the coaches is that the team don’t want to fix the roles, but rather have the players battle it out. We could see an improvement in efficiency with the addition of Alec Ingold, who has shown himself to be a great run-blocker.

With how the contracts were given out it’s likely that Chase Edmonds is going to be given first crack at being the starter. During his time with the Cardinals, he was used as a pass-catcher and spelled the primary back. Even if he doesn’t take the majority of the carries, it’s likely that Edmonds will be the back to own for fantasy.

Then Miami have the duo of Mostert and Michel. Both players have struggled with injury, but have also looked great carrying the ball. Who wins the early down work? Not sure, and it might not be worth it as they are likely to rotate. If you forced me to choose I’d opt for Michel who the team added most recently. He looked good at the Rams at the back end of last season when having to shoulder the backfield.

The biggest question mark over this group is going to be the effectiveness of Tua Tagovailoa. Can he improve his play and support two WRs for fantasy?

Well, they are both really talented. Tyreek Hill was traded to the team and given a good sized contract to play. With how he was used in Kansas City, we could see him being used as a gadget player in Miami which could really inflate Tua’s stats. With the way that the 49ers used Deebo Samuel last season, I can see a similar case for Hill this season.

Then the case for Waddle. He is the player that has the chemistry with Tua, and will now be given secondary coverage? If the team were to dial up the pass attempts, even by a little the opportunity would be massive. But that’s just it, he is the secondary option now. With where he is being taken in drafts, I’d opt for a safer option in terms of targets.

Wilson was given a big contract too, so should find the field a good amount. But that contract was dished out before the team brought in Hill. I’m not expecting big things from Wilson for fantasy, he is going to flash at times but unless there is an injury has little fantasy value.

Gesicki doesn’t fit the mould of a traditional TE in that he isn’t very effective at pass blocking. There is absolutely no doubt that Gesicki has a massively high ceiling given his ability to catch the ball, but he could really struggle for fantasy.

The team have a number of players that they have cycled into the slot on offense, and Gesicki struggled to get looks around the goal line.

Instead, it was one of the other TEs on the roster on the field as they offered better protection in tight areas. They aren’t worth considering this season outside of DFS Showdown slates.