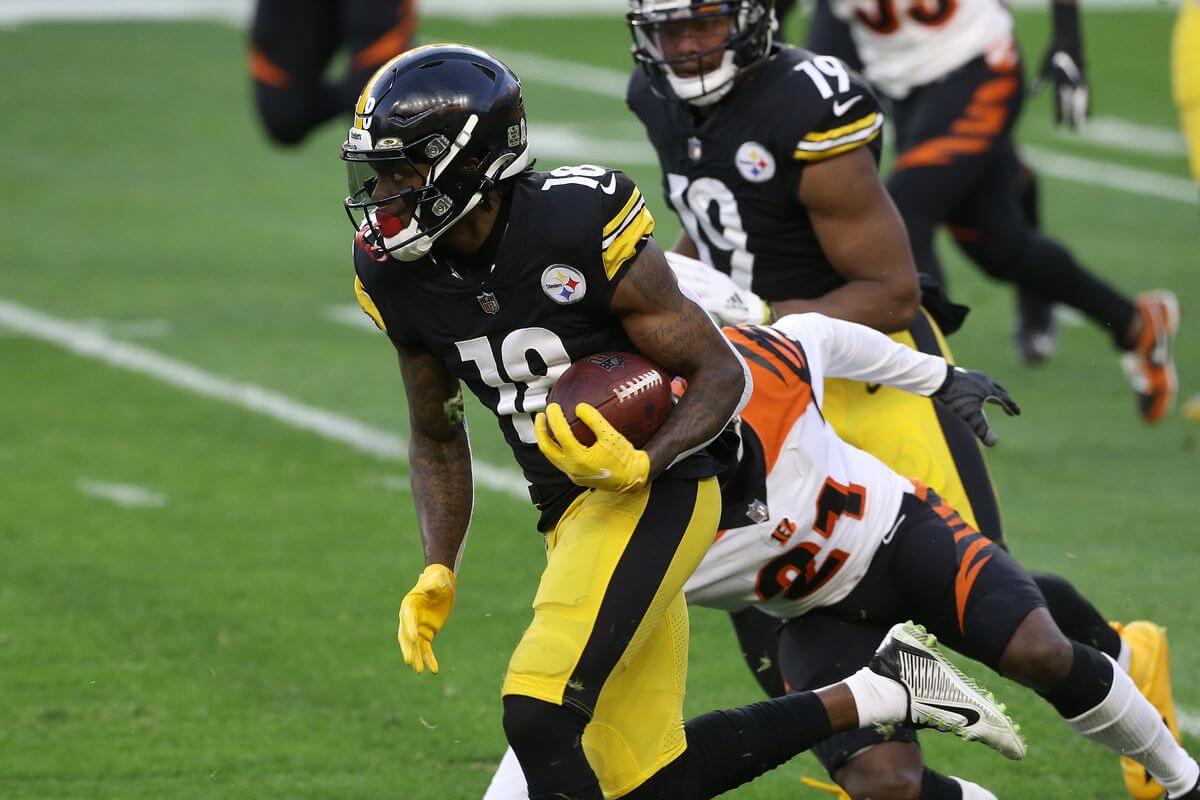 Our Pittsburgh Steelers 2022 Fantasy Preview gives you the run down on the teams outlook going into the season.

The question that will sit at this position is when will Pickett take over? There are talks circling that Pickett may be the starter for Week 1, but I would lean that Trubisky starts the season. Unfortunately, it means that you can’t really considering rostering either of them for the season.

Trubisky struggled when he was in Chicago for a multitude of reasons. The play-calling at times was bad, there were struggles with the offense fitness, and sometimes just bad play from Trubisky. Either way, that led him to be the backup in Buffalo last season. Trubisky has shown his ability to be a fantasy asset himself, as well as support others.

Pickett on the other hand is a little bit of a wildcard, given he is a rookie. He steps into an offense that has some stars on it, but doesn’t have the ideal protection for a rookie QB.

Harris is really the guy in the backfield. The Steelers just FED him last year, and it’s unlikely that is going to change. He was give over 300 carries last year, and more importantly, over 90 targets. That workload could well decrease, as the team look to try and ease the burden on their young RB. But even if they were able to scale it back a little, there is going to be more than enough volume to be fantasy relevant.

Although they have been listed, Benny Snell and Anthony McFarland are both very much for the shelf. They just don’t have fantasy value while Harris is fit and available. And even if he were to go down, it will be a committee rather than a single guy.

The Steelers receiving group is a strong mix of different types of receiver.

Diontae Johnson is the alpha in the offense, shown by his 107 reception season. Entering a contract year, there is no reason to expect that Johnson shouldn’t continue his level of production for the most part. The biggest question will be efficiency in the offense. While Roethlisberger wasn’t at his best, he still had good chemistry with his receiver.

Pickens comes into the Steelers group after being selected in the second round of the draft. Possessing all of the skills to be effective, he suffered an ACL injury last year which forced him to miss time. For this season, I think it’s most likely going to be a growing/ adjusting season for Pickens. As a result, I’m not looking to pick him up in drafts. Depending on how the QB position shakes out, I would consider picking him up in the second half of the season.

Claypool is an interesting prospect for this season. Last season there is no denying that he didn’t live up to his rookie season performances. But his stats (other than TDs) were pretty similar. His ADoT was slightly lower, but generally they were on par. So what was the difference? The TDs! He scored seven less times, which similar reception and targets. He even rushed more than the previous season. So, does he score more this season? I think you’ll see something between the two, which could give him some sneaky value in drafts.

Any other season Freiremuth would be lauded as the best rookie TE in the class. Last season though, Kyle Pitts was also coming out and so that wasn’t to be.

Freiermuth for me is a great value coming into draft season. He didn’t really get going until the second half of the season. As a result, I’d be expecting a decent target bump in the offense.

Don’t get me wrong he scored ALOT of TDs considering the number of targets he had and I do expect that number to decrease, but given his importance to the offense, he should still figure to be a solid TE1.