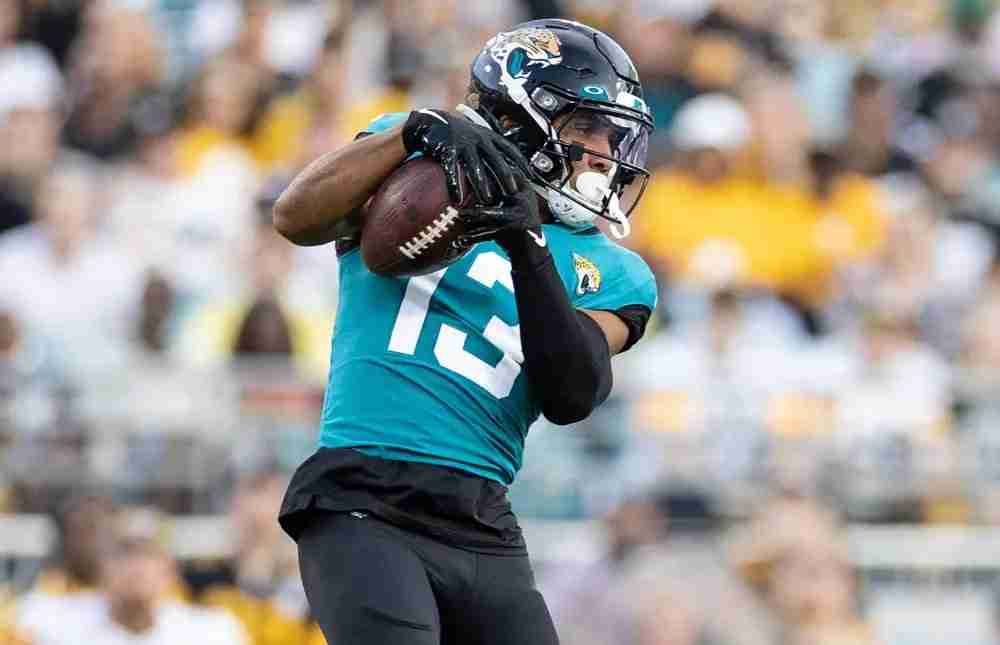 In dynasty, regardless if you are in rebuild or contending, finding some quick return assets for the 2022 season is always appealing- here we look at WR options.

Right now Christian Kirk’s ADP is so low it’s insane. Especially when you consider how much money that the Jaguars have committed to Kirk and you can bet your life savings that the majority of the targets will be funneled his way.

Rumor has it that Jeff Bezos borrows money off Christan Kirk after his insane contract. Seriously though, you want to make the most of the majority of fantasy players out there that are dunking on Kirk’s contract. This is why his dynasty value has dropped like a lead balloon.

Last year when DeAndre Hopkins went down injured, Christan Kirk was a top ten wide receiver as he got to play in his natural slot position. It’s well worth remembering that in college Trevor Lawrence had a great connection with Amari Rodgers out of the slot and T-Law is comfortable throwing in the slot. The fact that Lawrence didn’t explode like many expected him to do is another factor as to why Christan Kirk is so cheap right now.

What a landing spot for Tolbert and at his current ADP he is an absolute steal. It’s well worth having a piece of the Cowboys receiver room as they are a team that make a habit of making all of their receivers fantasy relevant.

The icing on the cake for Tolbert. He has an immediate and long term opportunity in Dallas. Immediately, Michael Gallup is coming off a serious injury and may not be ready to start the campaign and let’s address the elephant in the room, James Washington sucks and Tolbert will overtake him before the season gets going in the depth chart.

Long term, it’s highly likely that Jalen Tolbert overtakes Michael Gallup as the Cowboys WR2. He’s never going to be the alpha in Dallas as long as CeeDee Lamb is there but as I alluded to earlier, you just know that a Cowboys WR will be fantasy relevant.

A lot of people seem to forget that JuJu is still only 25. I mean, the Chicago Bears have just drafted Velus Jones who is only a couple of months younger than JuJu  yet it seems like he’s been around for a lifetime. Somewhat surprisingly Smith-Schuster’s ADP is the overall WR40. Has everyone forgotten that he has Patrick Mahomes throwing him the ball?

Last year was a non-starter for JuJu as he was injured and the year before that he had Mason Rudolph and Duck Hodges throwing the ball to him. Nowadays he’s now on the most dynamic offense in the NFL with Mahomes under center.

In 2018 JuJu averaged 18 points per game and for those who said he was only good because Antonio Brown was the featured guy well guess what… Travis Kelce will be the feature guy in KC and will enable JuJu to flourish into the player we fell in love with back in 2018.

That’s it for our 2022 Quick Return Dynasty Assets WR edition. Don’t forget, you can get prepared for your fantasy drafts with our Fantasy Draft Kit. Or you can find us on Twitter, Facebook, or Instagram.