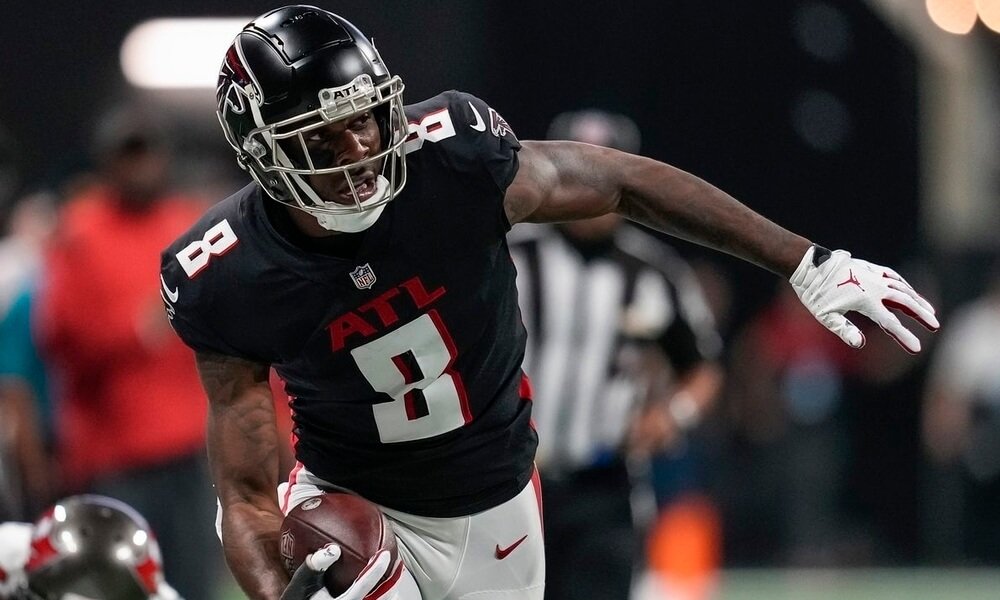 In his 2022 Sophomore Tight End Preview Tyler takes a look at how the values have changed in just a year. This will be a series as we are closing in on the start of the 2022 NFL Regular season. We’re going to be looking at sophomore players position by position and looking at what they’ve done in their rookie season, plus their outlook for this upcoming year and the future. For this article, we’ll be looking at the sophomore wide receivers and comparing where I have them ranked now versus where they were ranked for me last preseason. If you missed the running back preview, check it out here!

Kyle Pitts was the most obvious TE1 in a class that we’ve seen in a long time. He was deemed a generational talent and lived up to it in year 1. Not many rookie wide receivers crack 1,000 yards and 100+ targets in their rookie season, and for Kyle Pitts to do so at the tight end position is even more impressive. The touchdowns will regress to the mean and Pitts will only improve upon his rookie performance. At the age of only 21, Pitts is pretty much the defacto dynasty TE1. He’s going to be a cheat code for the next 10+ years assuming health. Being able to get in on a tight end with this much upside at an incredibly scarce position and this early is going to be a massive advantage in dynasty leagues. He’s going to be the most difficult asset to acquire post-start-up draft or rookie draft last year, so do so while you can!

In any other class Freiermuth would have been an easy TE1 to hitch your wagon to. He was a really complete tight end coming out of college with a solid blocking skillset and a good production profile all three years at Penn State. He walked into Pittsburgh with a crowded room in terms of pass catchers that included Diontae Johnson, JuJu Smith-Schuster, Chase Claypool, Najee Harris, and incumbent tight end starter Eric Ebron. It didn’t take long for Freiermuth to get a hold of the starting tight end position, playing over 70% of the offensive snaps 6/9 played games after their bye week. He was third on the team in yards and was a RedZone threat with 7 touchdowns. He was TE9 in points per game following the Steelers’ bye week when he put a stranglehold on the starting tight end position. Freiermuth has the opportunity to be a solidified top 6 tight end going forward at the young age of 23. It’s rare to see a rookie tight end produce even this much as it usually takes about three seasons to see a true breakout at the position, which speaks to his growth potential going forward.

Brevin Jordan was not used much at all in the Texans’ offense last season, but like I mentioned in the last section, it’s rare to see tight ends produce in their first couple of years in the league. With the lead target earner at the tight end position, Jordan Akins, gone to the Giants, that opens up a starting position for Brevin Jordan this year. He will still have to compete with Pharaoh Brown, who has failed to impress over the course of his four seasons in the NFL. There’s an upside to Jordan if he can secure the starting tight end job as there isn’t much target competition save for proven veteran Brandin Cooks and sophomore wide receiver Nico Collins. He’s athletic and a receiving threat, which is great for fantasy. But he needs to improve as a blocker to really secure a full-time role in the offense, which hopefully he can do going into his second season. The upside is there, but it comes with a floor of irrelevancy for fantasy purposes.

Tremble moved up a spot in my rankings over Long with a bit more production than Long in their respective rookie seasons. In addition to his receiving touchdown, he had a rushing touchdown in Week 3. The team made it a point to have him involved, playing in over 45% of snaps in every game he played following Week 6 of his rookie year. Not long after the team moved on from Dan Arnold. Ian Thomas is once again the only thing holding Tremble back from taking over this tight end position, and I don’t think that’s any great hurdle as Thomas only had 8 more yards on 5 fewer targets. But even if Tremble gets on the field and secures a starting role, it’ll be an uphill battle earning targets. DJ Moore is obviously going to be a target hog, but Robbie Anderson has been on the decline and both Shi Smith and Terrace Marshall are still question marks. I like betting on Tremble, especially at such a low acquisition cost. He might even be on some waivers depending on the league. Plus, based on this year, you should know what you have in Tremble.

Now we’re getting into the blind dart throw range of tight ends in this class. Long was an impressive prospect, going over 500 yards in his last two seasons with Boston College. He had the size, an ability to block, and pass catch at a good rate. His rookie year was quiet, to say the least, playing in only 7 games and recording 1 catch. With Gesicki back on the franchise tag, it’s hard to see Long playing more than a backup role this year. But we know Mike McDaniel values blocking from a tight end in the running game as we saw from George Kittle. I wouldn’t be surprised if we see Mike Gesicki used as a big slot with Long lined up at the tight end position to provide an offensive formation with the versatility to run and pass. Additionally, there’s a good chance that Gesicki is gone next year if they can’t settle on a deal, opening up the way for Hunter Long. It’s an upside swing and a guy I’d like to hold onto on my taxi squad for another year to see if we can at least get flashes of Long’s usage.

McKitty was a flier and probably a waiver wire add post draft last year. Even now, he’s still just a flier, but it is encouraging to see that he at least got some run in the offense following their bye week. But even then, he didn’t crack over 45% of the snaps but three times last year. Jared Cook was the lead tight end last year but is gone now. Now Gerald Everett and Donald Parham are in McKitty’s way to get onto the field. Everett is no doubt going to be the starter, but McKitty could get over the Parham hump this season. Still, at this point, McKitty probably belongs on waivers, but I’d definitely keep an eye on him if Everett is to go down. This is a high-powered offense and Herbert isn’t afraid to target his tight ends.