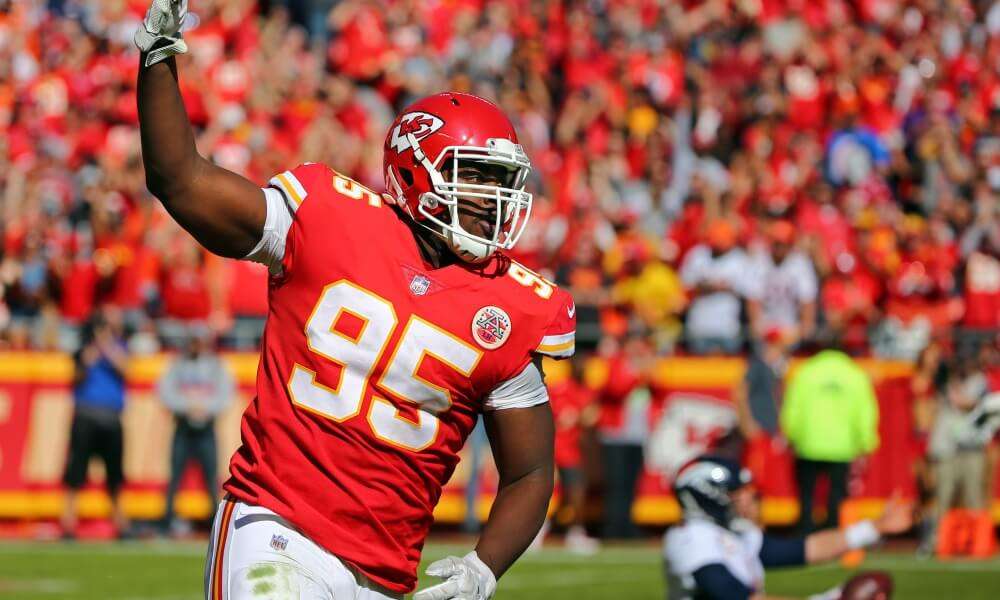 Welcome to Week 13 of the 2022 season IDP Start ‘Em Sit ‘Em series. We had a good week last week, particularly with LBs and DBs. Let’s get take a look at some great IDP match ups. Remember week 13 have two teams on bye: Arizona Cardinals and Carolina Panthers. Get players on those teams out of your lineups.

All the hype and talk has been about Watt coming back. Meanwhile Highsmith has been the better producer of points, more pressures, and has a sack in every game since Watt’s return. Play Highsmith with confidence this week.

The Chiefs were denied going to the Super Bowl 3 times in a row due to the Bengals last season. This game is getting chippy and it is only mid week. Chris Jones is one of the most dominating DL in the NFL. Expect him to get to Burrow at least once this game.

He is relatively unknown but is producing at a respectable level. He has at least 5 tackles in every game the past 3 weeks, and 1 sack. The Giants are hosting the Commanders who will run it often. This should allow Lawrence to keep his 5+ tackle streak going. This game could have playoff implications, expect a tough divisional game.

He is out, but do not freely drop him. Hold on as he could see plenty of snaps and end his career on a high note with sacks, tackles for loss, and forced fumbles. Trade for draft picks if out in a dynasty league.

Although he has been on the play article twice, he’s a pine candidate against the stout offensive line of the 49ers. Chubb’s boom or bust abilities will likely see the lather. Pine and look elsewhere

Bobby O. had a rough week last week, missing on 6 tackle opportunities. Don’t let that detour you. He’s still a top 20 LB and the Colts are playing Dallas, a run heavy team, this week. This is their last week before the bye and the Colts desperately need to win to keep playoff hopes alive.

He has been playing above average since their bye. He has recorded 3 weeks with over 6 tackles. The Dolphins will be coming to town and bringing an active running game. Expect another 6+ tackles and possibly a big play.

If you can squeeze one more week out of Ellis, do it! Werner may come back but Ellis has earned a spot on the defensive roster. He has recorded double digit tackles the past 2 weeks, and over 10 points in the past 4 games. He could be floating around in some leagues. Go get him and play him.

The Bengals host the Chiefs in what should be a high scoring game. Pratt has 15 tackles in his past 3 games but is lacking the big play needed at LB. Wilson is also looking better and better off the injury. Pine him, do not drop him if you don’t have to.

The 10 year vet has been a serviceable DB for Fantasy managers. 5 or more tackles in the last 5 games with over 11.50 points in his last 2 games. He is up against Dallas this week and will see plenty of TE as well as Pollard and Elliott. Play him this week.

Jenkins has been mentioned before, but he has a juicy match up against the Detroit Lions this week. He has 5+ tackles and a forced fumble in each of his last two games. The Lions will pass often and Jenkins will likely be targeted. He has a high floor if you need a DB this week play Jenkins.

He is an ultimate deep dive or rookie scoop in dynasty leagues. He replaces Gardner-Johnson who will be out a minimum of 4 weeks with a lacerated kidney. He earned 6 tackles and 1 interception with limited snaps. He will be the target of several passes and be asked to tackle D. Henry. Play him

The Bears DBs have both been featured in the play sections, but Jackson is on IR so place him in the IR spot in dynasty leagues, do not drop him unless absolutely necessary. Brisker is having difficulty in the concussion protocol and could be held out for cautionary reasons.

Although a rookie, Sauce has been featured on the play side of the article. Now it’s time to Pine him. He could be hitting the rookie wall, as he has only recorded 4 tackles and 7.5 points since the bye week. Kirk Cousins has been on fire and the Vikings WRs should not have an issue getting bye Sauce. Pine him