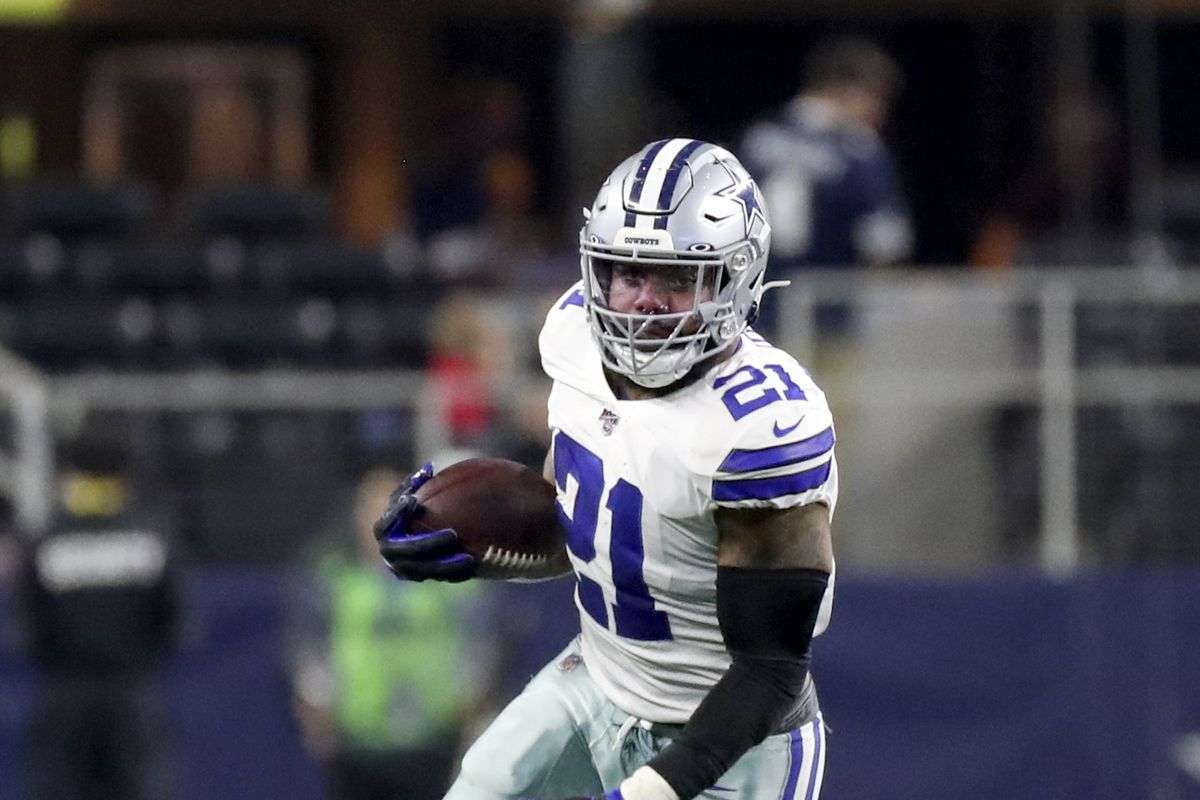 Welcome to Week 14 of the 2022 season, and the latest in our Start ‘Em Sit ‘Em series. This is the last chance for some of us to make the playoffs and with Carolina, Washington, New Orleans, Atlanta, Green Bay and Indianapolis all on bye there are bound to be some tough lineup decisions. We are here to help.

As of late the Detroit Lions have turned a corner and are not the easy matchup they once were, having said that they still struggle mightily against the pass ranking dead last with an average of 23.2 fantasy points allowed to quarterbacks. This should be Kirk’s best game of the season. Fire him up as a mid range QB1.

Lawrence seems to find his way into my starts every week as he really benefits from an easy schedule of late. Lawrence hasn’t turned that into an offensive explosion but he has been solid scoring at least 18 fantasy points in his last 4 games. The Titans allow 20.4 points per game to quarterbacks so look for Lawrence once again to be in the 18-24 point range in week 14. Trust him as a low end QB1.

Much like Lawrence, Herbert has benefitted from a soft schedule as of late. Much like Lawrence, Herbert has turned that into a solid baseline of 18 points. The difference between the two is that Herbert has also managed to explode several times this month. The Dolphins love to get into shootouts and there is little reason for Herbert to not finish as a top 3 quarterback. Herbert is my week 14 QB start of the week and is my pick for QB1 on the week.

Jones has been Mr. Consistent the last month scoring between 16-24 points in each game but he draws the Eagles this week and simply cannot be trusted. The eagles allow an average of 10.5 points to opposing quarterbacks and it’s going to be a long day for Danny Dimes. Sit Jones everywhere you can.

The Cowboys are going to destroy the Texans this week, and that is the problem. If Dak doesn’t figure into the first half scoring it is entirely possible he does nothing in the second half. Dallas will likely be keeping the ball on the ground and running the clock out and it’s conceivable that Prescott may be on the bench by the second half. This is a week for the Cowboys running game, steer clear of Dak if you have the luxury.

As I stated in my rationale for sitting Dak, this game is going to fall squarely on the shoulders of the Dallas running backs. Both are a good start this week, but I prefer Zeke slightly as Jerry Jones will wants every chance to prove Elliott is still a stud. Fire up Zeke as a top 10 RB in week 14.

Mixon has missed the past two games due to a concussion but is likely to make his return in week 14. If Mixon is back look for his fresh legs to run all over division rival Cleveland who ranks 31st against the run allowing 25.4 points per game to opposing running backs. Mixon should score early and often and can be fired up as a RB1, assuming he plays.

Put this in the category of sentences I never thought I’d write but my RB start of the week is D’Onta Foreman. Foreman has been fairly predictable this season. In good matchups he is a stud, in bad matchup he is a dud. Well, the Seahawks are the third best matchup for running backs so we can expect another 100 yards, multi touchdown game out of Foreman. Foreman has 25 point upside this week, start him!

Lenny was solid against the Saints in his return from injury but when you combine a matchup against the best run defense in the league with Rachaad White eating into his snaps, it figures to be a good week to sit Fournette. The 49ers allow 13.0 points to opposing running backs and when split between him and White there simply isn’t enough to go around. Sit Lenny everywhere!

Conner faces off against a stout Patriots run defense in week 14 allowing 15.3 points per game to opposing running backs. This figures to be a dull boring game with a stingy Pats defense and Conner simply lacks touchdown equity to be a viable start. Sit Conner if you can.

Zay looks to rebound off a rough outing against an easy matchup with another meeting against an easy pass defense. The Titans rank dead last against the pass and the Jaguars should have no issues moving the ball through the air. Look for Jones to bounce back with a solid WR2 performance in week 14.

The Steelers are the second best matchup for opposing wide receivers allowing an average of 32.4 points per game and as of late Robinson has taken over as the Ravens WR1. This offense has looked lost at times this season and don’t expect Robinson to be a league winner, but he can be trusted this week as a low end WR2.

Over the past two weeks no receiver in the league has scored more fantasy points than the Sun God. Look for that trend to continue as St Brown should have little trouble scoring multiple touchdowns and going over 100 yards yet again. ARSB is my WR start of the week and I expect him to be near the top of the leaderboard once again at week’s end. Start him EVERYWHERE!

Betting on a Chiefs receiver is always a risky bet since no one really ever knows who is going to be targeted that week. Add in a matchup against the Broncos top pass defense and I would prefer to steer clear off all the Chiefs pass catchers. Sit him if you can.

Davis is the epitome of the boom or bust receiver and this week against a tough Jets pass defense look for him to once again bust. The Jets only allow 22.7 points per game and with Stefon Diggs as the unquestioned alpha we will once again be looking for Davis when we need him most. Sit Davis everywhere.

Admittedly a scary proposition, Henry gets a shot this week against the tight end fantasy gold mine that is the Arizona Cardinals. Start Henry and hope for a touchdown, but even if he doesn’t score he should still see enough involvement to not be a total bust. Start Henry as a low end TE1 in the barren wasteland that is the tight end position.

Everett get the 30th ranked Dolphins who allow 12.3 points per game to tight ends and with Mike Williams not in the lineup, Everett should easily find his way into the endzone in this AFC shootout. Fire up Everett as a low end TE1.

After three years of seeing the Lions squander his talents, TJ is going to get his first chance to march into Ford Field and drop a bomb on the team that drafted him. Hockenson was an easy choice for my TE start of the week against the 29th ranked defense against tight ends. This one is going to be painful Lions fans, but start TJ as a surefire top 3 tight end this week.

Otton’s week 12 was salvaged by a late touchdown against the Saints, but in week 13 he faces the 49ers who are firing on all cylinders and will need to be in complete shutdown mode as they’ve lost yet another quarterback. Otton can easily be left on your bench this week as he will once again need a touchdown to avoid being a total bust.

When the Jets made the change to Mike White at quarterback there was hope that it would lift Conklin’s value back to a consistent level but sadly that has not been the case. This week Conklin faces the Bills who allow 6.8 points per game to tight ends and Conklin is nothing more than a touchdown dependent TE2. Sit Conklin and stream another dart throw.

The Raiders draw the biggest offensive disaster in football in the Los Angeles Rams. The Rams have no healthy bodies left on offense and are simply a dumpster fire that can’t score.  Look for this game to be a slog fest and hope for a few turn overs from the Raiders defense with one of them going to the house for the bonus.

Call it my enjoyment in watching Russ struggle but my D/ST start of the week is the Kansas City Chiefs. The Chiefs are the best offense in the league and should run up the score against one of the worst. Look for this game to be out of hand early and the Broncos will simply have to start chucking the ball up and even playing their backups which should lead to a flurry of turnovers and defensive points for the Chiefs. The Chiefs have top 3 potential this week.

This one is going to be messy between in state rivals. The Cowboys should score early and often and the only potential salvation for the Texans D/ST is the possibly of late turnovers by the Cowboy backups. With that in mind let’s just steer clear of the Texans altogether.

The Eagles are a near unstoppable offensive machine and that is the matchup the Giants find themselves in this week. This game may be close, but it doesn’t figure to be low scoring or a favorable spot to start a D/ST. Sit the Giants if you have other options, but don’t drop them as they get the Commanders in week 1 of the fantasy playoffs.

My PK start of the week will once again be relying on the Bengals to hemorrhage points to opposing kickers as they have all season to the tune of 9.1 points per game. The Browns haven’t been very good this season so they may not be able to hang with the Bengals for long, look for them to settle for field goals all day. Fie up Cade as a top 3 kicker.

Badgley has been reinvigorate in his new home of Detroit and finished as the top kicker in week 13. Look for Badgley to gain ample opportunity to put points on the board in what figures to be a high scoring divisional tilt. Badgley can be trusted as a top 5 option this week.

Succop is typically a reliable option for anyone in need of a kicker but the Bucs offense has not looked good even against a terrible Saints team and this week they face one of the best defenses in the league in San Francisco. There scoring chances could be few and far between this week for Succop. Sit him where you can.

After finishing as a top three kicker in week 13, Zuerlein is rewarded with a tough matchup against division rival Buffalo. The Bills are likely to be hungry and looking to avenge an earlier loss to the Jets and this one figures to see the Bills pummel New York. Look for Zuerlein to struggle this week. Sit him if you have better options.

Well that’s it for our Start ‘Em Sit ‘Em for Week 14 of the 2022 season. Remember, you can check out rankings for each Week. Reach out on social media, you can find us on Twitter, Facebook, and Instagram. Or jump into our Discord server. Follow me on Twitter @FFMadScientist