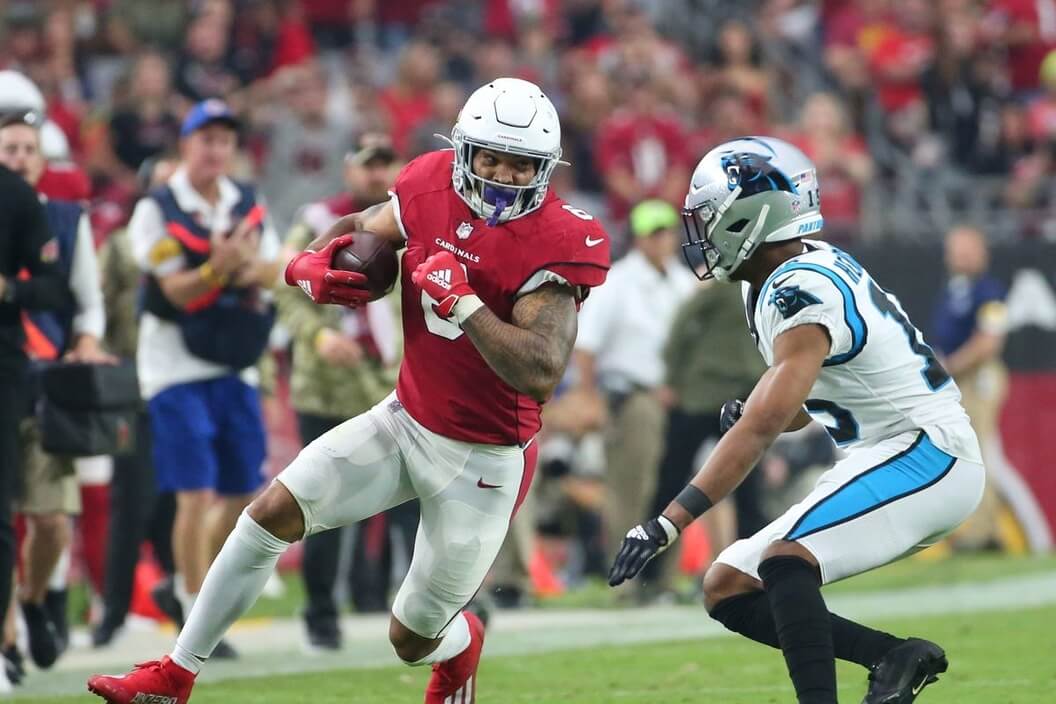 It’s finally here- Week 17 of the 2022 season, and another DraftKings main slate. We are back offering you DFS advice to try and help you navigate your way to victories throughout the season. The players selected here are based on their price, their ability to hit value and likely ownership. The selections are leaning more towards GPP slates, rather than cash (50/50) slates. But let’s get into it

Mahomes is one of few top-tier QB options on the slate. The Broncos defense have given up plenty of points in recent weeks and struggled to make plays. The Chiefs offense is on the other hand moving the ball well. With the team also needing to keep winning to attempt to get the #1 seed in the AFC, this should be a good opportunity for Mahomes to perform. Also, Mahomes has found the endzone on the ground in his last two games- giving him even more upside.

Lawrence didn’t really manage to do too much last week against a tough Jets defense. The Jaguars offense though overall has been performing, with Lawrence looking better. This previous two games he has had 300+ yard games and multiple TDs in each game. The Texans are a hot/ cold defense, having a good performance one week and struggling the next. But, as a mid-level price he is a decent play.

This version of Rodgers isn’t the one that we are used to. He hasn’t had a single 300+ yard game this season, and hasn’t thrown for multiple TDs in three weeks. The appeal to him is the matchup and circumstance. The Vikings have given up an average of 21.7 DKPts to the position, and in a game Rodgers can make a big statement, he has a history of having big games.

This week we have a multitude of options open up with backups set to start. Minshew started last week and played effectively for fantasy. The risk with him is that Jalen Hurts could return this week. Bridgewater coming in is a risky play, the Patriots defense is a tough unit to take apart and has struggled with sacks previously. Stidham offers a real salary saving on the slate, as the Raiders are putting him in as starter. The 49ers defense is going to bring the pressure, and Stidham could struggle at the helm of a stalling offense.

I don’t really truly understand how the Giants are moving the ball effectively, given the issues that the team has at receiver. But Barkley has been getting volume and running effectively, looking similar to his rookie season. The Colts defense are also giving up an average of 27.0 DKPts, top-6 in the league this season.

Conner has stepped up in a big way for Arizona, with Kyler Murray done for the year. He just isn’t coming off the field, with over 90% of snaps since Week 12. He is turning that into fantasy production too, with an impressive outing last time out against Tampa Bay. With the way that Atlanta has defended the position this season, Conner should be able to perform to his recent average of 21.4 DKPts over the last six games.

It shouldn’t be a surprise that Etienne is in the list this week, with him facing the Texans. He has been getting a decent amount of volume in the backfield, with 58 carries and 6 targets in his last three games. That volume, and commitment from the coach, against this defense is set to pay dividends.

Fournette returned to his role in the offense as the bell-cow last week against the Cardinals. After splitting touches with White recently, had 20 touches and 10 targets compared to White’s 7 carries and 4 targets. The Tampa offense isn’t the effective unit it has been in previous Brady-led seasons, but if Fournette continues his usage in the offense is a nice cheap play on the slate.

Antonio Gibson has been ruled out, and Robinson was already dominating touches out of the backfield for Washington, with 55 carries in his last three games. Against a Browns defense that has given up a top-3 27.8 DKPts to the position, a nice cheap play on the slate.

Jefferson has bene so good this season, it’s hard not to consider him every week despite the price tag. I don’t really know how best to put forward the case as a strong season, but I’ll try. He is averaging 8 receptions, 117 yards and 0.5 TDs this season. In his last five games, he has a total of 51 receptions for 663 yards and 4 TDs. The Packers secondary has been a strong unit this season, but Jefferson is more than capable to blow up here.

St. Brown is a nice cash play this week, with a nice matchup and high O/U in this game. He is the main piece of this Detroit offense, with the exact same box score in his last two games (7 receptions for 76 yards). Has a really strong target share in the offense, and has the potential to blow up when he converts them efficiently.

Moore has been performing well since Sam Darnold returned to the lineup. His Week 14 game was an absolute dud, but has had strong performances outside of that, with 3 TDs in his last four games. The Tampa Bay secondary isn’t the same strong unit it has been in previous seasons either, with an average of 34.4 DKPts given up to the position.

Wilson has been great in his rookie season, especially when anyone other than Zach Wilson is throwing the ball. With Mike White set to return this week, he has a good chance of having a great game against the Seattle secondary. Earlier in the season, he averaged 26.8 DKPts, with a total of 257 yards and 2 TDs. A great (but likely popular) play on the slate.

The Vikings secondary is a weak unit, giving up a league-high 42.6 DKPts to the position this season. Lazard is the lead target in the Packers offense, and Christian Watson has missed practice this week with his hip injury. With a nice points total expected in this game, Lazard is in a nice spot to blow-up this week.

Returned to action last week after missing the last two weeks with injury, with 79% of the snaps. The Broncos are going to need to pass the ball early to keep up with the Chiefs, and Sutton should get targets here. Not a high-level play, with the state of the Broncos offense, but he has shown his ability to perform previously. GPP play, rather than cash, especially with how Jeudy established himself in the offense recently.

Kelce is having a huge season, as the lead receiver for the potent Kansas City offense. Has had back-to-back 100+ yard games, with strong reception totals too. The Denver defense isn’t one to avoid either, giving up the 8th most points to the position on the season (13.9 DKPts). An expensive play, but it’s one that has slate-breaking potential.

Hockenson has been having a great season, and had no down time after his trade to the Vikings. After getting usage, he finally blew up last week with 13 receptions for 109 yards and 2 TDs. The matchup isn’t great against the Packers, but his saving against Kelce is a nice $2.7k on the slate.

Engram is having a good end of season, but yet his price is still in the mid-$4k range. The Texans defense have struggled with defending the position, so it’s a nice matchup. The Jaguars have committed to keeping their momentum going into Week 17, so are going to be keeping their starters on the field. With a total of 367 yards and 3 TDs in his last four, a nice (cheap) pivot on the slate.

The 49ers going up against the Raiders offensive line is going to be a rough time. The Raiders offense has been struggling, with the team now putting Jarred Stidham in at QB. With the pressure they are going to bring, and their ability to force turnovers- my favorite DST play this week. We could see plenty of 3 and outs for the Raiders with a stalling offense.

The Patriots defense have been a main reason for the wins the team has managed this season. The defensive line is a tough unit, constantly getting after the QB. The team have a total of 50 sacks on the season, and new QB Teddy Bridgewater has given up plenty in the past. With their ability to convert forced turnovers too, a nice play at the price.

A cheaper option on the slate, because it does come with some level of risk. The Vikings offense could absolutely have an easy win here, move the ball effectively from the start of game, and have control. But, based on their current games, they could stall out and struggle with pressure on Kirk Cousins. In his last 3 games he has been sacked 14 times, and turned the ball over 2 times. With the Vikings needing a win, against a divisional rival on the road, the Packers home crowd could really spur on the defense to make some plays.