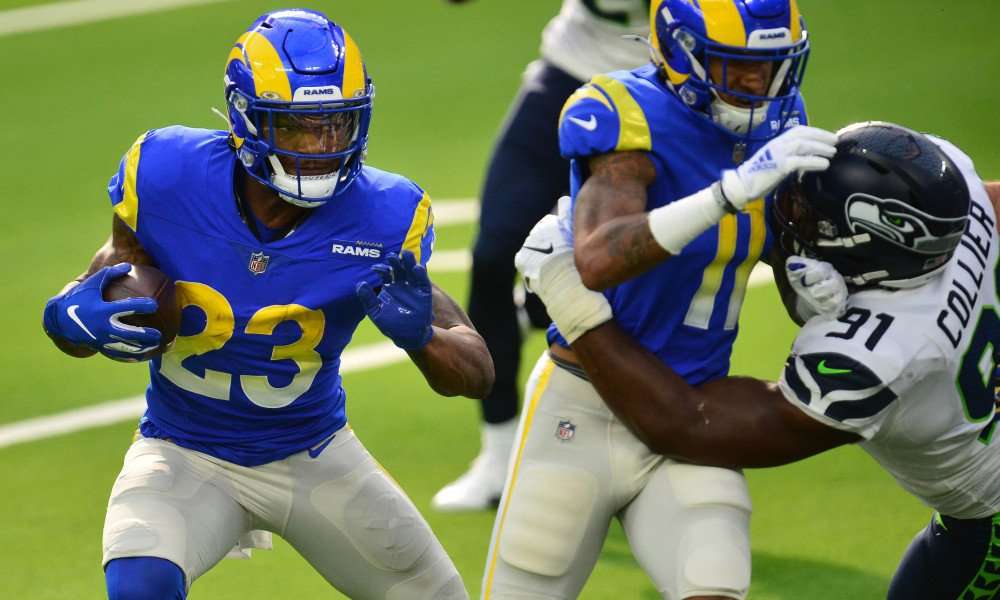 Welcome to Week 18 of the 2022 season, and the final in our Start ‘Em Sit ‘Em series. For most of you the fantasy season has already come to an end but for a select few of you sickos this is your last chance to claim a fantasy championship. Unlike every other week, this week should be taken with a grain of salt. My recommendations in this column are subject to change and should be checked regularly in case late updates change the situation for any of these players.

Rodgers has had arguably the worst season of his career but as he has proven lately it’s hard to bet against him when it’s crunch time. There is no bigger crunch time then the week 18 Sunday Night Football showdown to decide which of the Lions and Packers potentially makes the playoffs. This is a wonderful matchup for Rodgers as the Lions rank dead last against the pass and I once again expect Rodgers to break the hearts of Lions fans when it really matters. Start Rodgers as a low end QB1.

Lawrence was brutal in week 17 after being on fire the month before. In week 18 he gets a must win matchup against division rival Tennessee. The Titans are the third easiest matchup for opposing quarterbacks and I expect Lawrence to throw the ball over the field and scare at will before leading the Jags to the post season. Start Lawrence as a mid range QB1.

Herbert gets the daily double of bad circumstances for his fantasy managers. Not only does get the third worst matchup for quarterbacks in the Denver Broncos, but there is no guarantee how much he will see the field. The Chargers have their playoff seed locked up and have little reason to play their stars in significant snaps. Sit Herbert this week and hope you can stream someone decent.

The Commanders QB carousel continues and this week it stops on Sam Howell who will make his first NFL start. That may be exciting for Howell and his family but it’s not great for fantasy managers as he faces off against the seventh worst quarterback matchup. This figures to be a painful first start for the rookie and a bonanza of turnovers is sure to follow. Howell may have a bright future on dynasty teams, that future is not this week in the fantasy championship. Sit him….. for anyone!

Akers has seen his share of adversity in 2022 but has been a league winner for those managers that were patient enough to hold on to him. The Rams have nothing to play for this week but that should effect the workload of Akers as the Rams will likely want to give him plenty of run to see if he is their starting running back of the future. Start him as a mid range RB1 and let him continue to carry you to a title.

Najee is another running back who was left for dead at the mid point of the season after being one of the biggest busts of the year, but he too has turned it on just in time for the fantasy playoffs. In week 18 he gets a matchup with the fifth worst run defense in the NFL, the Cleveland Browns. Start Najee as a RB1 and watch him run all over the Browns as him and the Steelers try to sneak into the NFL playoffs.

This one is tough as Barkley is likely a major reason why you are playing in the fantasy Super Bowl, but this is a week where you will have no choice but to look elsewhere for your running back. Barkley faces the Eagles defense that is a brutal matchup that will limit his upside and to make matters worse there is no guarantee Barkley even plays beyond a few snaps. Barkley simply cannot be trusted this week with the Giants likely to rest up players for the playoffs.

Conner is another running back that has been good throughout the fantasy playoffs but who knows who the Cardinals will be starting at quarterback this week, and in a matchup with the top ranked 49ers defense I would prefer to sit Conner in a spot where he lacks any significant touchdown upside.

Kirk has been inconsistent in his first season with the Jaguars but in week 18 they face a must win matchup with the 32nd ranked team against receivers. Not only do the Jags need to win this game but Kirk has some potential bonuses that could kick in with a big game to close out the season. Look for Trevor Lawrence to target Kirk early and often as his go to guy in this week 18 showdown.

Watson has been a touchdown goldmine during the second half of the season and faces of with a pathetic Lions pass defense this week. Watson seems to be Rodgers’ preferred endzone target and I expect a big game out of Watson in this must win game for the Packers. Start Watson confidently as a high end WR2.

This one is an easy sit. The worst wide receiver matchup, combined with an aging/injury plagued star with no motivation to play in week 18. Sit Keenan, there’s no reason for the Chargers to risk him going down with an injury before the playoffs and I can’t see him seeing more than one or two series on the field. Avoid at all costs.

The Colts are another team that could be starting a half dozen quarterbacks in the regular season finale and in combination with a matchup against the run funnel Texans defense I will look to sit Michael Pittman wherever I can. Pittman has seen his share of duds this week, no quarterback, no Jonathan Taylor, no reason to pass against Houston means sit him!

Kittle has gotten healthy just in time to be a league winner during the fantasy playoffs. Kittle also gets the best matchup for tight ends in the Arizona Cardinals. In week 18 the 49ers will be playing to secure a potential number one seed and that will likely end in a blowout over the decimated Cardinals. Start Kittle, and watch him destroy Arizona when you need him most.

Engram is yet another member of the Jaguars air attack that I am recommending in a must win against the terrible Titans pass defense. Engram has been a pleasant surprise this season showing us flashbacks to his rookie season. The Titans are the third best matchup for opposing tight ends and I expect him to also cash in a few performance bonuses on his way to getting the Jags a playoff spot, a you a fantasy title.

Tremble score a touchdown last week giving him a serviceable day at tight end, but he has never been in the conversation as a reliable tight end. In week 18 the boom or bust tight end will face of against the worst matchup for opposing tight ends, the New Orleans Saints. Sit Tremble as he can’t be relied on again to sneak into the endzone.

Last week McBride showed us why he was the TE1 of the 2022 rookie class, but that breakout will have to wait until 2023 as he faces off against a motivated 49ers team with a third string quarterback. The Cardinals likely won’t be able to move the ball with any consistency and McBride can’t be counted on this week.

This will be the ugliest game of the week and you should do your best to avoid watching it but sadly it will be the best chance to accumulated D/ST fantasy points in week 18. Both teams are missing their star running back, both teams are starting a dumpster fire at quarterback and both teams have absolutely nothing to play for this week. Regardless of which side of this game you choose to start, they will be my two recommended D/ST’s in week 18. This ugly division matchup figures to be full of turnovers and opportunities to score fantasy points.

Depending on the convoluted decision regarding the Bills v Bengals game the Chiefs could be playing this week to wrap up the top seed in the AFC. A motivated Chiefs offense combined with a Raiders team full of uncertainty does not add up to a good spot to start the Raiders. Sit the Raiders for pretty much any other defense on your waiver wire.

Another case of a team full of turmoil facing a team looking to lock up the top seed in the conference and you get an easy sit decision for the Arizona Cardinals. The 49ers will score easily and often and should blowout the Cardinals without much effort. Much like the Raiders, sit Arizona for anyone.

Well that’s it for our Start ‘Em Sit ‘Em for Week 18 of the 2022 season. Remember, you can check out rankings for each Week. Reach out on social media, you can find us on Twitter, Facebook, and Instagram. Or jump into our Discord server. Follow me on Twitter @FFMadScientist