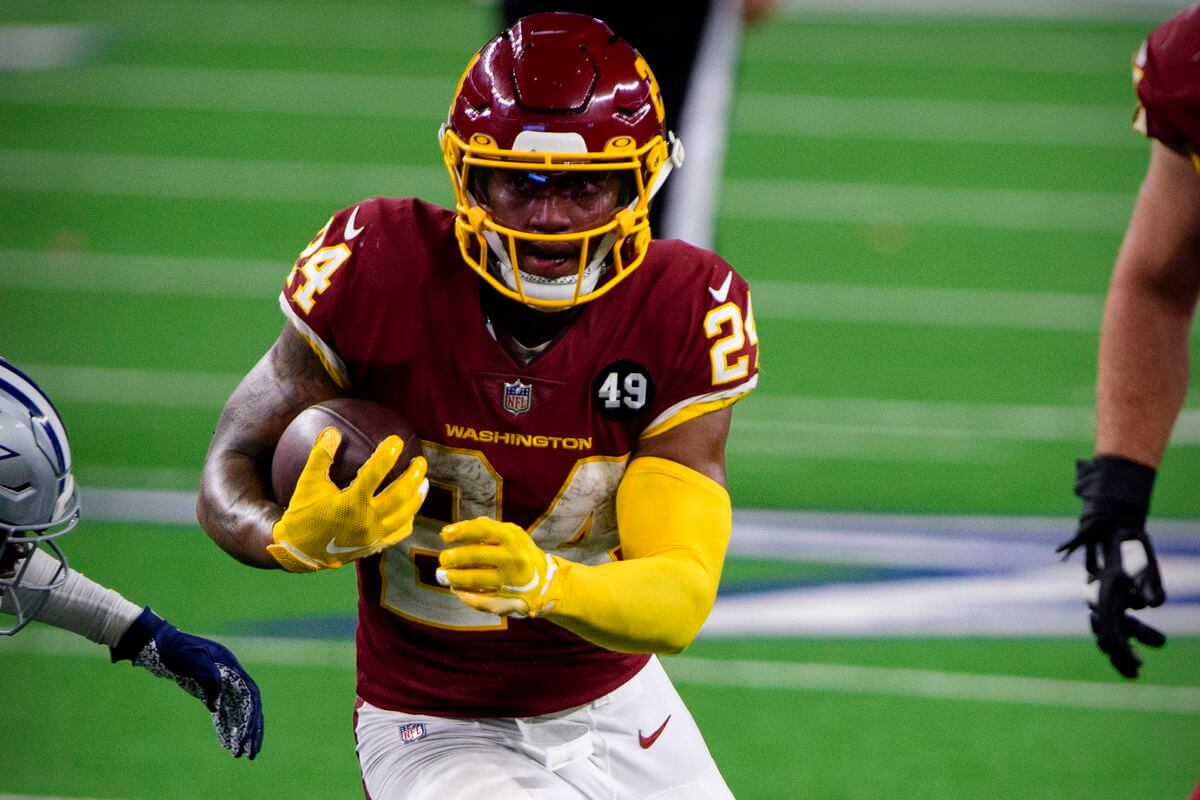 Welcome back to another week of 2022 buy and sell dynasty edition, here we are looking at Week 2 targets. Week 1 was fun however many of us were left disappointed with one or two players that we thought in the preseason might have a better kickoff to 2022. As well as there were a few players that surprised us as well. I will try and avoid obvious names as we all know Jordan Jefferson and J’marr Chase would be great buys right now. I will attempt to bring you different names, especially with the buys. Without further ado, let us get into this week’s selections.

If I would have done a preseason buy and sell he would have been on the list as I was on him early in June to have a nice season in his new teal uni of the Jags. Zay Jones opened up the season with a nice game with a new look Jags offense putting up 6 rec and 65 yds in Week 1.

On the plus side, Jones shared the target lead on Sunday with Christian Kirk who got a ton of buzz in the off-season and Jones also got the 2nd most snaps on Sunday as well. 9 targets are nothing to sneeze at and if he consistently gets in that neighborhood Zay Jones should continue to be a strong WR3 candidate. I like Jones’s floor and I think he could have a higher ceiling in this offense as he grows alongside Trevor Lawrence in this offense. Marvin Jones Jr is on his way out and the team already parted ways with Laviska Shenault.

What will it take to get Zay Jones? It shouldn’t cost you a ton of capital and maybe you could parlay a 3rd rd pick and a player that is more in the realm of WR 5-6 to get Jones. I am not sure if many people are as high on Zay Jones as I am and would be willing to give up a 2nd rounder at most.

A name change in the offseason and literally no buzz coming into 2022 and Anderson came out for the Panthers and did what he was doing a couple of seasons back making plays. You probably could have got Anderson for literally nothing after a disappointing 2021 campaign. Anderson came out in Week 1 and pleasantly surprised everyone posting a 5 rec 102 yds and a touchdown in his debut of 2022.

The 75-yard touchdown was a thing of beauty and also something that Robbie Anderson is known for throughout his career. With Baker Mayfield at QB, it looks like Anderson is useable again as a boom or bust WR 3-4, especially in matchups where you could use a boost. Anderson played exactly the same amount of snaps as DJ Moore and ran the same amount of routes. He also led the team in targets with 7. There were only 22 targets to be shared and there will be games when the receiving options are targeted even more. Robbie Anderson is a buy and I think you could get him for pretty cheap. It is worth trying regardless as I think he is primed for a nice season ahead.

Even I had to take a bite at the apple in redraft this year due to where Gibson fell in drafts but this is Dynasty and so a different animal. I put Gibson in my Buy/Sell renditions twice last season once early on in 2021 and again in Week 15 in 2021. This is the last time I am putting him in here your last chance to get some of the value you could have received last year at this time. Gibson’s share of the role in Washington will never be higher than it was last week.

Gibson was actually used in the passing game a ton. However, according to PFF he still wasn’t used on 3rd and long or in the two-minute drill. McKissic also usurped some goalline work as well. Gibson if you still have him on your roster. Now is the time to strike! You can sell the high passing game usage in Week 1 and say that he has the Lions this week that just gave up 30+ points and try to get the most you can for Gibson. As the season goes along his value will continue to fall. Washington I don’t believe is a good team and we could see more McKissic going forward in tougher games. Also, we have Brian Robinson looming in the background, and has a chance to return this season. Can you get a WR2 or an early 2nd future 2023 draft pick?

I am sure you are not happy I have put Allen Robinson in this section and you are either thinking this is low-hanging fruit or you are thinking that I am panicking too soon. To be fair both may be true however Allen Robinson has done nothing to deter me from looking to move on from him in Dynasty. In 2021 he was basically a no-show then the hype kicked in and everyone seemed to be “IN” on his resurgence this season after signing with the Rams. That did not eventuate in week 1 and yes I agree it could come true and Allen Robinson could return to WR2 status going forward. That is exactly what I would be selling when I’m trading him away.

This was a blip on the radar, surely McVay and the Rams offense will rectify this. Well, I am not sold on the #2 in this offense, especially since the rise of Cooper Kupp. Let’s take a trip back to the summer of ‘21 when many fantasy pundits had Kupp and Woods right next to each other in their rankings. Kupp ascended to a place that outpaced wherever you took him or had him in your dynasty rankings and Woods well it wasn’t great. Woods had one huge game in 2021 and if you take the one outlier away he avg 13.77 PPR points per game sure if Robinson got 13.77 pts on the weekend he probably wouldn’t have made this list. That was the avg however there were a lot of the 3/35 type numbers in there. Even when Robinson went down and Odell Beckham came in albeit a different type of player Odell avg just 7.56 PPR points per game. I also took out Odell’s first game and his worst game and he still was at just 9.66 PPR points per game as the #2 option on the Rams.

Even if we give Robinson 11.7 PPR points per game that would be good enough for right around WR #40 in value in 2021. It is possible Allen Robinson we would hope would be able to eclipse WR40 this year in 2022 but I am not seeing the ceiling in this offense that is heavily funneled to Cooper Kupp. You may feel like you are selling at a low however the intrigue in the Rams offense will give him more value than you would have got last season when he was with the Bears. Bold call but I would be willing to trade Allen Robinson for Zay Jones or Robbie Anderson if you are really good at selling you might be able to sell him high enough where you get a 3rd back as well. You never know unless you try.

So that’s it for the 2022 season week 2 edition of dynasty buy and sell. Remember, you can find all of our dynasty articles here, and all of our work is posted across our social media channels. We are on Twitter, Facebook, or Instagram.