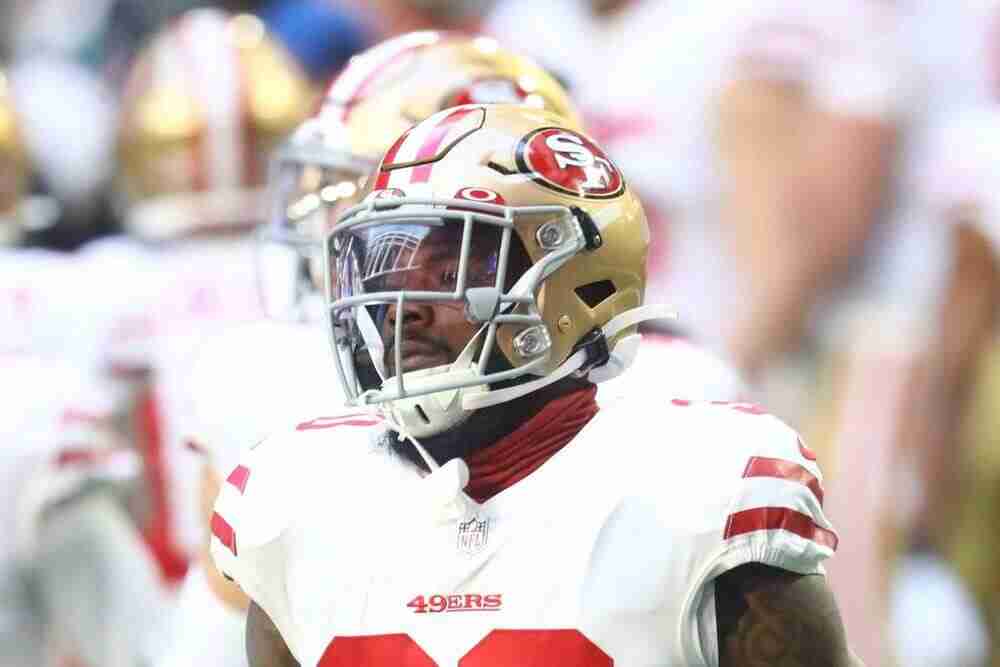 Well we are (nearly) done with the first week of 2022 action, so time to finetune your roster with our Week 2 Waiver Wire pickups. Making the right moves on the waiver wire is how you can really win your league. Getting those upside depth pieces, and cutting the players that are going to struggle from your roster is going to help you going forwards

Wentz might have turned the ball over twice, and yes it was the Jaguars defense he was up against, but he looked solid enough. He connected up nicely with Terry McLaurin on some deep balls, and next up matches up against a Detroit offense that just gave up multiple scores to the Eagles.

Mayfield managed to weather the storm of the Browns defensive line nicely. His fantasy week was saved by a rushing TD, but he matches up against a softer Giants defense this week.

I recommended that you pick up Henderson last week, from this week I’m not going to be able to mention him- he is going to be a hot pickup this week. Cam Akers clearly wasn’t used in the way that people (on the whole) were expecting. A nice matchup against Atlanta is up next. If you can, pick him up.

The news from Washington on Robinson’s recovery has on the whole seemed to be positive. He isn’t expected to play until Week 5, but I’d jump on him now if you can and stash him. The Washington backfield just doesn’t look like there is much there, so Robinson should be able to have an immediate path to touches. (The question mark was more knowing that he won’t play the Lions at all)

Herbert had good buzz during the offseason and preseason that he was looking good and could be a better fit for the offense than David Montgomery. Well, I’m not sure if we should throw away the opening game as the weather was a clear factor here, but Herbert was more efficient and managed to score. His ownership is going to soar, but you should try and pick him up.

After all of the hype that was given to Dameon Pierce leading this backfield, it was Burkhead that led the backfield AND had the receiving work. I don’t know if that trend is going to continue, but you can’t ignore Burkhead’s contribution. A rough matchup against Denver is next, but having RB depth is always good.

Drake ended up leading the Baltimore backfield, and Davis really wasn’t much of a consideration against the Jets. Dobbins was trending to miss the game from quite early in the week, so the signs are there that Drake could be the lead back again.

Here we go a decision on a backfield that could shape how you get on for the next few weeks (at least) in your leagues. Elijah Mitchell was ruled out with an injury quite early in the opening game against the Bears. So which way to go? Wilson was active on Sunday, and Davis-Price wasn’t. Davis-Price had a good showing during preseason. I think I’d opt for Wilson, because he knows the offense and the coaching staff know him.

Warren is going to be a pickup that is going to be a priority, given the offense, but one that could just not pan out by the time that the next game week comes round. Najee Harris was forced to leave the field in the fourth quarter with an aggrevation of his foot injury. With how the team have historically just handed the backfield to one guy, Warren could be a valuable pickup.

Chark was given a healthy target share in his first game for Detroit. A couple of drops could have improved his statline even more from his four reception, 52 yards and TD. Chark was heavily targeted during his time was Jacksonville, which made him fantasy relevant. Even with the struggles on the Detroit roster overall, he may not continue to get that target share moving forward.

Jones had the second-most targets for Tampa Bay, after Chris Godwin was forced to leave in the first half. With Godwin likely limited for the next few weeks, Jones is likely to be given an equally important role moving forwards in a top offense.

Anderson had a good game, which was a major part due to the 75-yard TD he scored. Now, you can’t expect that big-play to happen every week, but there are positive signs. With a new QB in town, Anderson is off to a good start with him- connecting on a deep ball.

Samuel showed everything that he can do on Sunday, working as a dual-threat with production on the ground and through the air. That role in the offense should mean fantasy relevancy for the season as a slot/ gadget play.

Duvernay made headlines with his Week 1 performance, catching all four targets for 54 yards and two TDs. The Ravens receivers had more work than normal, as they struggled to establish the run. Duvernay looked good as a deep threat, and will have value in deeper leagues. You can’t rely on him week-to-week though, given the run-heavy offense and established receivers in the offense.

Carter is likely to be given another opportunity on the field on a short week. Carter was given more time on the field after Keenan Allen was forced out of the game with a hamstring injury. Allen has claimed that his injury isn’t serious, but given the tight turnaround, Carter is going to have some value for this week at least.

Hurst has bounced around the league a little now, but may have found a home on the Bengals offense. Hurst caught five passes from his eight targets for 46 yards in a game of struggles for the Bengals. Hurst could be inline for a bigger role if Tee Higgins is unable to play in Week 2.

Tonyan managed to suit up for the Packers, and had five targets in a struggle of a game for the team. With the lack of receiving talent the team has on the roster, Tonyan is likely to be given a good target share moving forwards as continues to recover from his injury.

Everett has had the ability to be productive since he entered into the league, the issue has been opportunity. In the Chargers offense, which has been TE friendly, he could be a breakout for fantasy.

The Browns performed against the Panthers last week on the road. This week they bring that aggressive defense back to Cleveland to face the Jets. The Browns are the streaming option this week (if they are available in your league)

After struggling against Buffalo, the defense is going to be wanting to make a statement against the Falcons. They have playmakers that can force turnovers as well as put pressure on the pocket for sacks. You might even see the Rams dropped this week

The Eagles offense was really firing to start the season. Yes, it may have been Detroit, but on the road against a defense that won’t quit-not a bad result. You can only beat what is infront of you after all. Regardless, if the Eagles can move the chains, Elliott is set to kick in a dome- no weather concerns.

Are we seeing the return of Koo? I hope so, because I remember him fondly kicking me to victory. I’m not expecting the Falcons to be able to do what they did against the Saints to the Rams, but Koo showed his ability to boom kicks from long range.