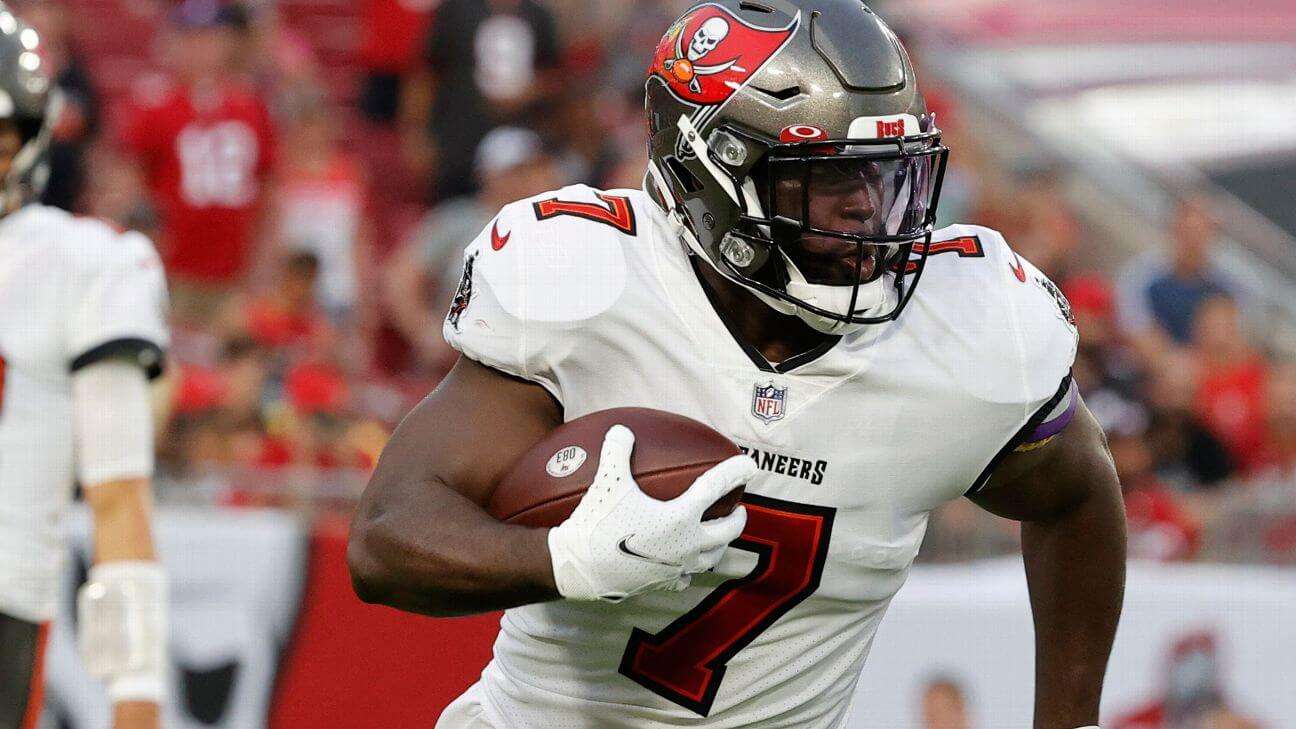 It’s finally here- Week 3 of the 2022 season, and our third DraftKings main slate. An entertaining Week 1 & 2 in the books, with teams ready to try and bounce back and some ready to really make a statement. This week, we have started to see some injuries bite some teams offer us some cheap plays. They obviously come with risk, but that’s just more opportunity!

Allen is always in play, especially in the game with the highest estimated total. Allen is almost a free square each week, as he offers fantastic value through the air and on the ground. Last week we saw Lamar Jackson torch this secondary before the Dolphins recovered.

Hurts has started the season with a bang, especially for fantasy. His ability on the ground gives him the floor that you want, and his receivers can push that ceiling high. The Washington defense has struggled this season, giving up an average of 422.5 yards and 29 points per game.

Mariota has performed better than alot of people thought he would this season. He has upside with the fact that the Falcons offense needs to move the ball. Mariota performed well against the Rams, with 17 of 26 for 196 yards, 2 TDs and 2 INTs. He has also shown his ability with his legs, rushing for 72 yards and a TD in Week 1.

Mixon and the Bengals offense have stalled out at the start of the season. But, Mixon has seen plenty of touches, leading the league in opportunities in the opening two weeks. When you then consider that the Jets offense just gave up alot to Nick Chubb on the ground, and this is a great option to build round.

Fournette feels like a great play this week. Tampa Bay are without Mike Evans (suspended) while it looks like both Chris Godwin (hamstring) and Julio Jones (knee) could miss the game. When you then factor in the fact that the Packers defense is among the worst in the league at stopping the run….the game plan isn’t exactly a secret. If I’m playing alot of lineups I’d even consider mixing in Rachaad White ($4,200) too.

Montgomery is pretty much the only player for the Bears that you can really start at the moment. The team have committed to the ground game in a massive way, and Montgomery is the lead back. This game is going to be slow-paced and have plenty of carries, and Montgomery could catch a few passes too.

Sanders looks like he has won the backfield, with a huge share of the carries in the offense. That has always been the struggle for fantasy owners with Sanders- will he get the volume? Well, against a Washington defense that has allowed just 6.8 YPC, he doesn’t need a big share of carries to be valuable this week.

If the slate was announced after his blow up game, he wouldn’t be this cheap. But, we have an opportunity to stack Diggs and Allen together against a team that just had their secondary torched. Easy selection and then work from there.

The signs aren’t exactly positive that Keenan Allen is going to be able to play in this game. If that is the case, then Williams becomes the lead receiver on this Chargers offense. The Jaguars defensive stats are skewed by the fact the Colts just couldn’t get anything to go last week, but they were put to the sword by Carson Wentz in Week 1.

Samuel is really stamping his mark on this team and the league. It might be early in the season, but he looks to be the perfect fit in this offense. Terry McLaurin and Jahan Dotson so deep, leaving Samuel underneath to get the ball and make defenders miss. Next up is the Eagles, who have struggled with their secondary.

Agholor had a great game last week, catching all six of his targets for 110 yards and a TD, against the Steelers. This week he matches up against a Baltimore secondary that were ripped apart once the team had plenty of injuries. On a slate with some top talent I want, Agholor gives some nice salary relief.

l’m mentioning Perriman here, but really you could consider any of the Tampa receivers in this one. With a number of the normal starters set to miss the game, that gives opportunity for the backups to get some play. Perriman has the ability to convert with his deep threat, while Russell Gage ($4,700) & Scotty Miller ($3,800) are likely to get more targets in the offense.

With how I want to attack this slate, I’m not looking at many defenses. It’s really a case of choosing my lineup and then going for one that fits what I have left.

This game should be a slow paced affair, and the Chicago Bears offensive line is really not a great unit. That combines to be a game for the Texans to have a low points conceded total, a few sacks and potentially some turnovers.

The Browns DST start their season with another nice matchup, against a Joe Flacco led offense. In Cleveland too, this is a nice matchup for the home team.

The Colts defense has fallen in cost, after struggling against a Houston offense on the road, which brings them into consideration for this slate. The Jaguars offense is still not exactly impressive, and the Colts should be able to bring the pressure for turnovers and sacks.

The Bengals defense was a great unit last season, and now match up against a Dak Prescott-less Cowboys offense. The defense is going to be looking to make stand-in Cooper Rush uncomfortable, and even if Rush does manage to move the chains in this matchup, the tag is so low the team should hit value.