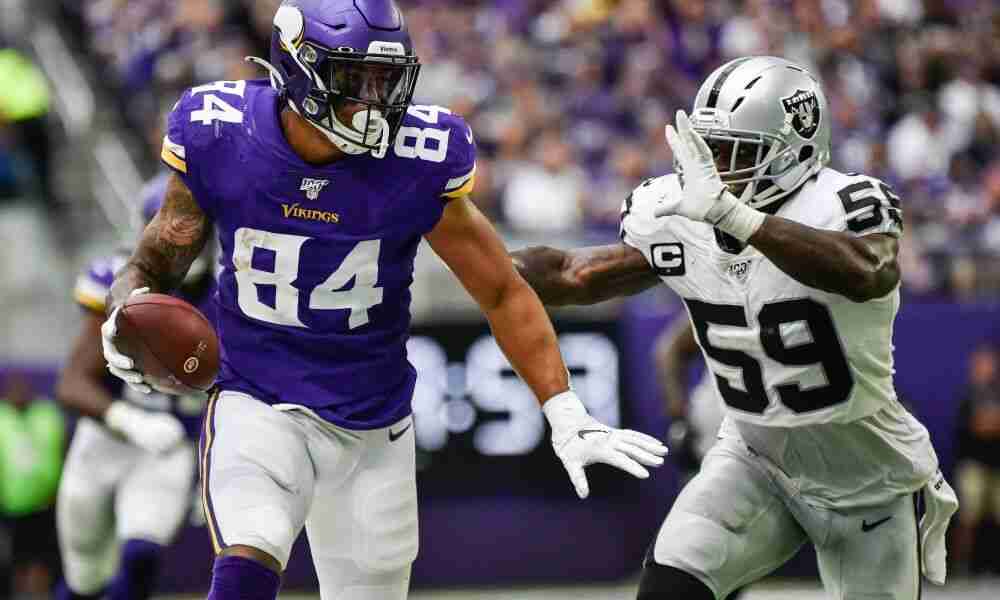 Welcome to Week 3 of the 2022 season- instead of a deep dive waivers article, we bring you fantasy streamers. The idea is that your waivers have mainly cleared, but for whatever reason you need an open to pick up to play this week.

To be included, these players need to be available in less than 40% of ESPN leagues.

Goff has been performing well to start the season for fantasy. That was really highlighted last week as he threw for 256 yards, but crucially for fantasy 4 TDs. This Detroit offense has taken a step forward behind their offensive line, and now face a Vikings secondary that could possibly end up missing Harrison Smith.

It turns out the insurance policy that the 49ers took out on Jimmy G was pretty good business after all. A devastating season ending injury to Trey Lance has seen Garoppolo become the must add of the week on the wire. Furthermore, the 49ers receivers will have a huge boost as Garoppolo is much more likely to provide a higher pass completion percentage.

Expect Garoppolo to have a solid floor but a low ceiling throughout the season, making him perfect streaming material for the season

Alvin Kamara is likely to come back into the fold, after missing time through injury. But that is exactly the reason why Ingram is worth considering. The Saints should be able to control the game from an early stage, assuming Jameis Winston doesn’t implode, meaning plenty of carries. If Kamara feels soreness during the game, Ingram is inline to lead the backfield. The Panthers have given up the 6th most points to the position this season.

Veteran Leonard Fournette is the main weapon out of the backfield, but White has been rotated in since the start of the season. With the Tampa receiver group being hit with injuries and Mike Evans (suspension), combined with the Packers defense giving up a massive 6.1 YPC on the ground should mean plenty of carries. White should see himself with more work in the rotation.

Agholor had a decent game last week, catching all six of his targets for 110 yards and a single TD. This week he goes up against the Ravens secondary, who have given up more points than any other unit in the league. Yes, alot of that came as starters were forced to the sidelines, but Agholor’s speed makes him a constant threat.

Cooper Rush continues to show that he’s actually quite a good Quarterback and is now 2-0 as a starter for the Cowboys. A popular and productive target for Rush was Noah Brown, hauling in all 5 of his targets for 91 yards and also got himself in the paint.

I know Brown might not be a glamour pick but over the next few weeks he’s got some nice matchups incoming. He could prove to be a lovely streaming option especially as he’s the clear number two target right now with other key pieces still banged up.

Fun fact. CeeDee Lamb and Noah Brown were the only wide receivers to record a reception against the Bengals.

The Buccaneers looked underwhelming against the Saints. An offense that was lacklustre with Chris Godwin and Julio Jones out with injury and Mike Evans ejected for renewed beef with old foe Marshon Lattimore. Breshad Perriman sparked life into the Buccaneers as he scored their only offensive touchdown of the game.

Mike Evans has received a one match suspension, Chris Godwin will be out once again and time will tell if Julio Jones will be good to go for week 3. Even if Julio plays, Perriman will certainly see more opportunities as one of the key targets for Tom Brady.

Definitely worth rostering, a great plug and play for week 3.

Smith seems to be picking up the slack in the Vikings new look offense. Justin Jefferson is clearly the primary receiver, but Smith has a healthy 10 targets on the season. Alot of that came last week against the Eagles, a similar matchup to his opponent this week- the Detroit Lions.

Engram has improved for fantasy since he joined the Jaguars. The main difference being that he is catching the passes that go his way. The Chargers 7.1 average points per game given up to the position is misleading as they have faced both Darren Waller and Travis Kelce. But, Engram’s target share should be enough to get you through this week if needed.

Well that’s it for our Fantasy Streamers for Week 3 of the 2022 season. Thank you for reading! Look for this column each week and best of luck! Remember, you can check out rankings for each Week. Reach out on social media, you can find us on Twitter, Facebook, and Instagram. Or jump into our Discord server.