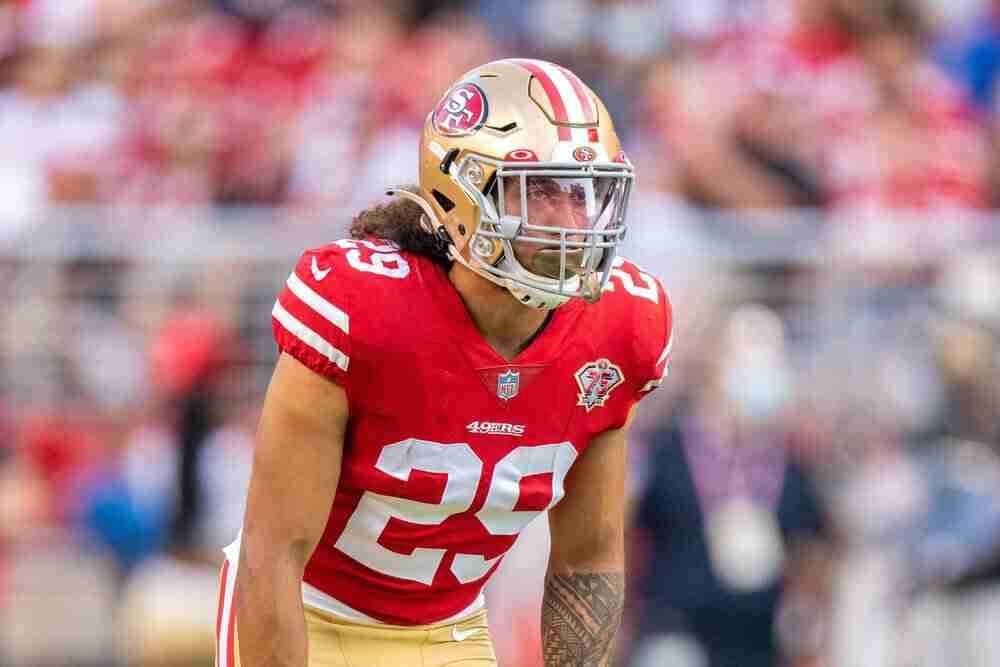 Welcome to Week 3 of the 2022 season IDP Start ‘Em Sit ‘Em series. Week 2 brought us another week of action, and some great IDP performances (including Marcus Williams game in that crazy Ravens game). This week, we have some nice matchups in what should be another great week of NFL Action. Some players here are ‘streaming’ options. However, some performances will become weekly starters. Here’s a few IDPs that have value this week, and possibly beyond.

Oweh is playing against the Patriots which have thrown 65 passes in 2 games. The Patriots line is sub par, which Oweh should take advantage of. The Pats could pass often again if the Ravens offense remains red hot. Oweh has only 5 tackles but look for a better stat line this week, with a possible sack.

It is going to be a violent defensive display in Tampa Bay Sunday. These two are torching every tackle they play and Tampa Bay’s line is subpar at best. Brady has received pressure vs Dallas and New Orleans, look for this dangerous duo to get several tackles and points as Brady has no one to throw to.

It is going to be a violent defensive display in Tampa Bay Sunday… just in case it didn’t set in the first time. Rodgers has been sacked and under pressure in both previous weeks, The Bucs are loaded with talent, and Shaq could lead the league in sacks… again. The tackle volume should go up if he is able to get in front of A. Jones or AJ Dillon.

Gipson is worth grabbing if you have a spot in a deeper league. His sack pressure is real, his get off the ball is real, his length is real. Mills may not hold the ball long and limit his boom potential which could cause a bust week 3. The Texans have an underrated offensive line. Pine him and save him for a better match up.

The man is a wrecking machine. If he’s on the waiver go scoop him up immediately and play him. If you are playing in a streaming IDP league he should have plenty of tackle opportunities against the uptempo Arizona Cardinals. He has the #1 LB ranking in FF7s. He looks like the quickest player on their defense, and has talent around him at every level.

Deablo stepped in for Denzel Perryman missing with an ankle injury, and Deablo really made a claim to be the starter, with a 15-tackle performance. Trying to stop Derrick Henry is a big ask, but he should get opportunities to make some stops

Lloyd played on every defensive snap for the Jaguars against the Colts, finishing with six tackles. When you then consider his usage on pass coverage, as he caught his first INT and two further passes defended.

Barton has been bringing the lumber! He has filled for Bobby Dubs quite nicely and has recorded double-digit tackles in both games. He didn’t practice Wednesday and him laying the wood has dinged up his shoulders… you need those as an interior LB, do not drop, monitor and pine if needed.

Brown had a great game last time out against the Cardinals, with a 12 tackle performance. And yes, tackle numbers are important at the position, but don’t forget that game went into overtime. There are far better options out there.

Let’s ride the hot streak of Owens. He is in a Lovie Smith defense, their offense is still trying to find it’s stride, and they are playing the Bears this week. Chasing stats is normally not advised, however the Texans constantly allow plays into the 2nd and 3rd level. Owens is there, making the tackles. Add him, play him and if he has a high tackle volume this week, that would be 3 in a row and no fluke.

Hufanga has really impressed to start the season. The thing is, he could do even better than he has been. While he was on the field for every snap, but wasn’t in the box as much as he was in the opening week. This Denver offense has struggled, play him with confidence.

Smith was diagnosed with a concussion following last week’s game. He did not practice Wednesday and there has not been an update at this moment (Thursday morning). Do not be hasty to drop a top 10 safety, if you have the room pine him or IR if possible.

Murphy is having a good statistical year, but it is heavily reliant on the big play. He has a mere 5 tackles, but also 2 fumble recoveries, and 1 Touchdown. Pine him or release him if you have a shallow pine.

Well that’s it for our IDP Start ‘Em Sit ‘Em for Week 3 of the 2022 season. Thank you for reading! Look for this column each week and best of luck! Remember, you can check out rankings for each Week. Reach out on social media, you can find us on Twitter, Facebook, and Instagram. Or jump into our Discord server.