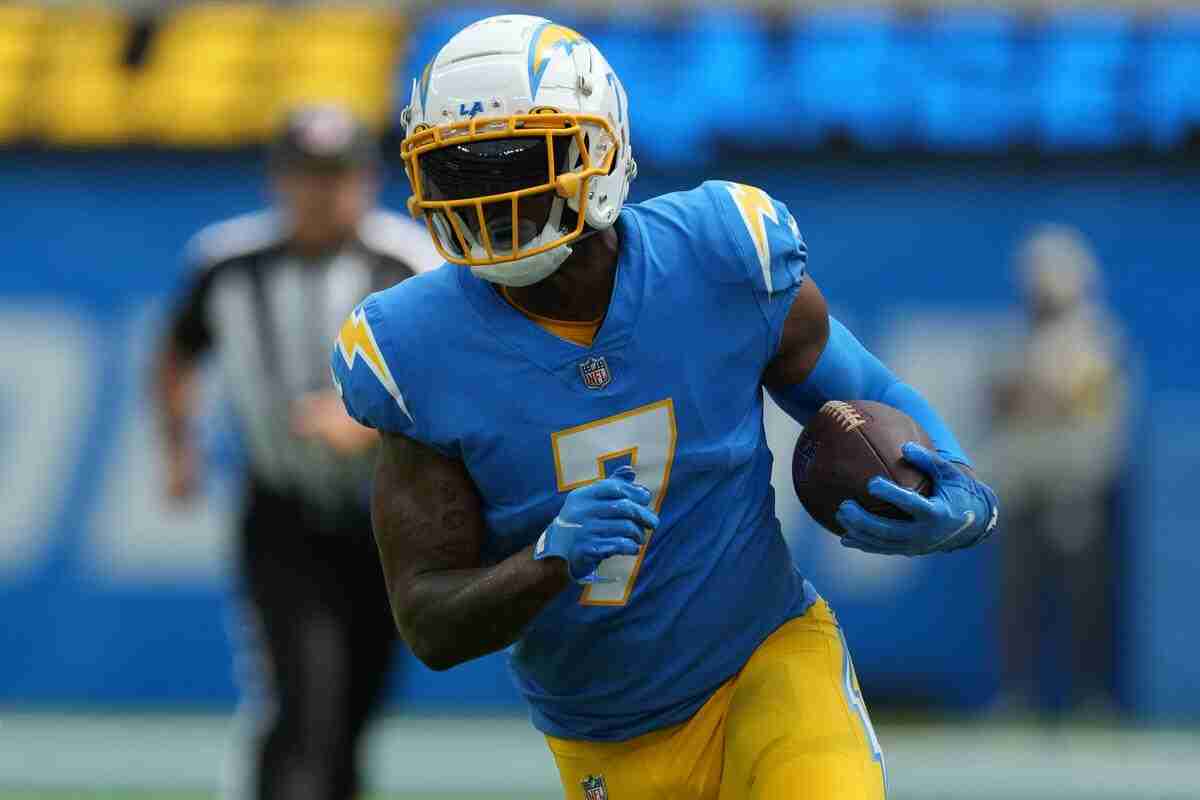 Well we are (nearly) done with the second week of 2022 action, so time to finetune your roster with our Week 3 Waiver Wire pickups. Making the right moves on the waiver wire is how you can really win your league. Getting those upside depth pieces, and cutting the players that are going to struggle from your roster is going to help you going forwards

If your heart can take it, then you could try and bring Winston into your roster. After seeming like he left the turnovers somewhat behind, he threw 3 against Tampa Bay. The offense is ready to cook though, with Alvin Kamara expected to return from injury this week.

I don’t know what it is, but the Lions offense seems like it has found itself with Jared Goff leading the team. We are now entering Week 3, and Goff has thrown for 471 yards and 6 TDs and only thrown one INT. Goff is getting it done, and you can’t overlook his start.

Again, I’m not expecting Robinson to play this week. But, the signs are that he is going to be on the field in the next few weeks. Robinson took part in some training work this week as he returns from being shot. Worth taking a shot on though, as he impressed during preseason.

Ingram stepped up as Alvin Kamara was unavailable through injury. He performed decently too, with 60 yards from 10 carries as wells as a few receptions for minimal gain. If Kamara was forced to miss time, Ingram has shown his ability to be fantasy relevant in this system.

Allgeier was inactive for Week 1, but managed to play in Week 2 after Damien Williams was placed on IR. It’s unlikely that he manages to get much work through the air, with Cordarrelle Patterson in town, but he is likely to get carries on early downs. Pick him up, and see what he manages to do while Williams is out.

Davis-Price seemed like he got plenty of work as the secondary runner to Jeff Wilson in the backfield. In reality, the game was in hand and they opted to allow their rookie some snaps. The offense for the 49ers is going to need to change with Trey Lance out for the season, but you have to take pieces on a backfield that runs the ball effectively. **UPDATE Davis-Price has suffered a high-ankle sprain. Instead, you should opt for Jordan Mason, who is the next player in the rotation.**

Like with the 49ers last week, we have another decision to make here. The Cardinals mixed in both runners once James Conner was forced to the sideline with injury, which doesn’t make it any easier to make the decision. Williams did get into the endzone with a redzone rush, so I’d probably opt for him. But I’d probably make claims for both and see which falls to me.

Palmer is only worth considering if Keenan Allen is forced to miss. Palmer didn’t connect with QB Justin Herbert as much as you would hope, but got a decent number of targets (8) in the game. With the ability of the offense, all starting pieces are worth owning.

Shepard continued his return to the team with a massive increase in targets. He managed to catch 6 of 10 for just 34 yards. The yardage total was disappointing, but this Giants offense is going to need to pass the ball, and outside of Saquon Barkley there isn’t alot of talent on offense.

This early-season Cardinals team is giving it’s receivers the opportunity to make plays, speading the ball around. After having a solid PPR-style game in Week 1, he returned to action with a score in Week 2. The Rams defense could make life tough for Kyler Murray, and a return of being a dump-off option.

If you are thinking to make this move, you need to know what the extent of the injuries to both Michael Pittman and Alex Pierce. If they are both forced to miss the game again, Dulin could have another performance as he did in week 2.

Brown is really taking advantage of the injuries to the receiving group. After a strong Week 1 performance, he followed it up with another effective game against the Bengals. With the Dallas offense devoid of talent through injury, Brown could be a decent add in deeper leagues.

Agholor torched the Steelers secondary, catching all 6 of his targets for 110 yards and a TD. He really stood out on offense, and worked well as a deep option. With the Ravens secondary struggling against Miami’s speed, Agholor has some value.

Everett followed up his Week 1 performance with another effective game. The Chargers were without Keenan Allen and Everett stepped up. This offense is just cooking nicely, and they now welcome the Jaguars to town.

Hurst doesn’t have the same level of repuation of the other parts of this Bengals offense, but he has an important role as the starting TE. He has been getting a decent share of the targets on the offense. Even with Tee Higgins returning to the field, his role in the offense seems to be secure.

Conklin seems to have locked down the starting TE role in the Jets offense. In the past two weeks he has had 16 targets in the pass-heavy offense, catching 10 passes for 56 yards and a TD. With the positional landscape, he is an effective streaming option against the Bengals in Week 3.

The Chargers DST has great pieces in it. If you need proof of that, they played the Chiefs this week and are still nearly ineligible to be included in this column. The Jaguars offense has shown it can move the ball, but they haven’t faced a defense this strong

The Eagles offense has playmakers at each level of defense. Yes, their Week 1 performance was saved by a DST score, but this Detroit offense has taken a step forward. A battle with Carson Wentz is going to be enough to fire up this defense. The week after, they have some appeal too with a game against the Jaguars.

Succop has been a great kicker in the league, but hasn’t been for fantasy recently. The reason being that the Tampa Bay offense were scoring at will. For whatever reason, the offense this season has stalled out on drives, giving Succop the opportunity to attempt more FGs. The Packers defense should be able to put pressure on Brady which could led to a similar stalling of drives.

Maher gave the Cowboys their first victory of the season with a long kick. The Cowboys seemed to be able to move the ball well enough against the Bengals defense, a positive sign after the team were forced to throw Cooper Rush in as starter. Next up, a matchup against the Giants and another game that should give Maher plenty of opportunities.