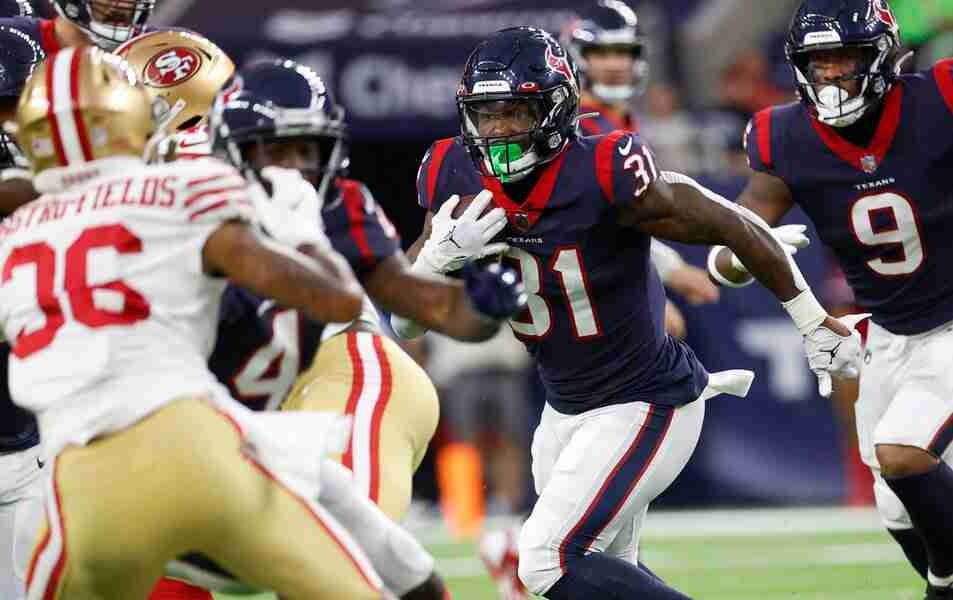 Welcome into Week 4 of the 2022 season, and the latest in our Start ‘Em Sit ‘Em series. This week we have the first International Game, which I’m lucky enough to be attending. So, don’t forget to check your lineup early on Sunday, as kickoff in London is at 2:30pm local time.

Brady hasn’t had a great start to the season. The issue is that the receivers on his team have mixed and matched through injury and suspension. This week, he will be getting Mike Evans back as well as a chance of having either Julio Jones or Chris Godwin back. The Chiefs offense are going to force the Bucs to score, and the Chiefs defense aren’t exactly strong in their secondary.

The Raiders haven’t had a good start to the season, losing every game to start the season. But the offense is working. When you consider that Darren Waller hasn’t really had an impact yet, this offense could really take off. Against a Denver secondary that has been rocked with injury, and the volume through the air, Carr is a fine play this week.

I’ll stay in the same game with my other start, and it’s certainly risky. The Raiders DST is one of the worst against the QB, which is why I’ll give Wilson a chance this week. He is too talented to continue to struggle, this could be the game that it takes off for Wilson and the offense.

This week we have the first international game between the Vikings and Saints. Weird things have happened in London, but typically defenses have travelled. The Saints defense has performed well, limiting QB production. He could blow up, but I’d look for better options this week.

Wentz started the season well, but fell back to earth last week as he struggled to deal with the pressure of the Eagles defensive line. This week, he faces another team that brings the pressure upfront in Dallas, and has limited QBs to just 13.6 FPts.

Pierce has had a bit of a rollercoaster season already. After having a good preseason, he massively disappointed in Week 1, but has run the backfield the past two weeks. Now, Pierce is being used on early downs, passing-game and in the redzone. The Chargers defense has struggled against the run, this feels like a slam-start.

I think it’s starting to be time for Hall to step up and win out the backfield (at least for fantasy). The carries split is one thing, but Hall is the clear leader through the air. The Steelers defense isn’t what it was, giving up a top-10 20.5 FPts to the position on average.

Stevenson lead the backfield in carries last week after a few weeks of being out on the field more than Damien Harris. Finally, Stevenson converted that to fantasy value. The offense is set to change, with Mac Jones set to miss time with an ankle injury. That should play into Stevenson’s hands, as Brian Hoyer dumps the ball off more.

This week, there are a few backfields that you need to monitor:

Wilson is the lead back for the 49ers last week, and should be until Eli Mitchell is back. This week though isn’t a good week to play him. The reason is that the Rams DST is one of the best units against RBs, giving up an average of just 7.6 FPts per game. You might be forced to play him due to injury, but if you have a better option- use them.

It was great to see Dobbins get out on the field last week. His box score wasn’t great, but finally seeing him on the field he looked good. The thing is, I can’t see the team just handing him all of the work in this one and in a tough matchup against the Bills I’d avoid him this week.

Olave is performing in this Saints offense, as the ‘secondary’ receiver. With Michael Thomas getting the primary coverage, it has allowed Olave to carve up secondaries. The Vikings are a team you can pass the ball on, so Olave is a nice play in this one.

Cooper has been seeing plenty of volume through the air, which is great. The Falcons secondary is also one of the worst in the league. Cooper is a strong play this week, even in this run-first offense.

Smith, like Chris Olave, is enjoying being a secondary option in the offense. The Eagles offense has been able to use his deep threat effectively, and the offense is able to move the ball. The Jaguars defense has struggled to limit WR production, who are top 12 in points given up to the position.

Robinson hasn’t hit the highs that fantasy owners would have hoped for during draft season. He has been getting more involved in the redzone, so it’s not all bad news, but this 49ers secondary is a tough group and should be avoided for this week.

Gage had a great game last time out. But don’t get too excited, it’s doubtful he gets that level of production again. Gage’s big game came when he was the primary receiver, this game he is at best the secondary receiver as Mike Evans returns. That is before you factor in the return of Julio Jones or Chris Godwin.

Njoku had a great time last time out, with 9 receptions for 89 yards and a TD. There aren’t alot of talented receivers on the roster for the Browns, so Njoku should be able to keep a strong target share. The Falcons defense is one that you can pass on too, making Njoku a good start here.

The Packers offense didn’t have too many receivers to start the season, but now just lost Sammy Watkins to IR. Tonyan is one of the few receiving options that has chemistry with Aaron Rodgers. When you add in the fact the Patriots are one of the worst teams in league at defending the position, I’m find to start Tonyan this week.

Thomas used to be fantasy relevant, as he had an impressive target share. But, since then the Washington offense has added more receiving options, which hurts Thomas’ value. With how effective the Cowboys are at defending the TE position, he is a sit this week.

Higbee has been great to start the season, as he has been an effective weapon for the Rams offense. But the 49ers defense is great, with less than a point given up on average to the position. That is skewed due to the fact they haven’t faced any of note, but the defensive personnel should limit Higbee’s production this week.

The Packers defense is talented, and the Patriots are set to be without Mac Jones. That means the Packers welcome a Brian Hoyer led offense, so the Packers are a great play if you can.

The Saints offense seems like it has resurfaced Jameis Winston v1- the INT happy version. When you then consider the team have given up 11 sacks too, the Vikings are a nice streaming option for the week.

I get it. You don’t want to look for a different DST for a single week, and the Tampa defense is good. But the Chiefs offense is firing and has really limited scoring for QBs. If you can, bench them this week.

This is the reason you shouldn’t draft a DST early. The Bills secondary has been hit with injury, which is really going to hurt them- especially against this Ravens offense. As a result, they are another strong defense you should sit this week.

The Panthers defense has given up plenty of points this season, as they have forced multiple offenses to stall out. Prater has the leg and accuracy to take advantage, making him a great start this week.

I’ll stay in the same game for another start. The Cardinals defense too, have allowed teams to get downfield before having a stand. The Panthers offense seem to have found their feet, building on offense each week.

The Eagles offense is too effective to consider their kicker. Limiting to just PATs isn’t really a way to be fantasy viable. I can’t see the Jaguars offense holding up to force Elliott out on the field for too many FG attempts.

Well that’s it for our Start ‘Em Sit ‘Em for Week 4 of the 2022 season. Remember, you can check out rankings for each Week. Reach out on social media, you can find us on Twitter, Facebook, and Instagram. Or jump into our Discord server.