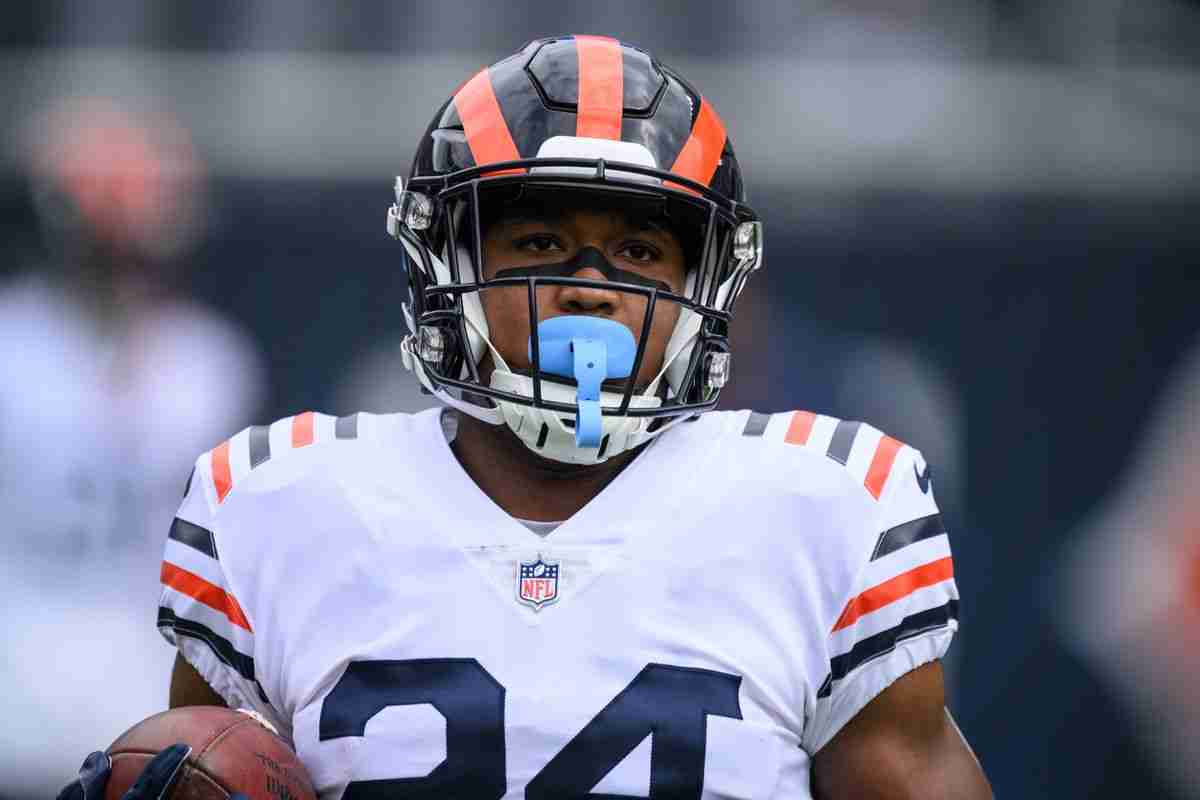 Well we are (nearly) done with the second week of 2022 action, so time to finetune your roster with our Week 4 Waiver Wire pickups. Making the right moves on the waiver wire is how you can really win your league. Getting those upside depth pieces, and cutting the players that are going to struggle from your roster is going to help you going forwards

The Detroit offense is still moving the ball. Yes, alot of that is down to the running game, but Goff is looking great too. Whether he will be able to overcome Seattle if Amon-Ra St.Brown misses the game remains to be seen, but the Falcons just moved the ball against the Seattle defense, a decent pickup if needed.

Mariota once caught his own pass for a TD which makes him elite, and has a special place in my heart. Mariota gives you a low-level floor each week with his ability to run the ball, and if he manages to use both Drake London and Kyle Pitts in a game, he could get something together.

There he is again. The vulture. Detroit seem to prefer Williams in the RZ, shown by his redzone usage and number of TDs scored. The fact it has happened in a few games now makes this feel like a plan. You can’t over look it at this point.

It’s that time of the year where Dalvin Cook has an injury and people run to the waiver wire for Mattison. Cook was diagnosed with a dislocated shoulder after the game, so Mattison is worth adding as a lead-back heading into Week 4

Robinson is continuing his return to action, and was actually part of the warmups before the game against the Eagles. Robinson was a big reason for why Washington relegated Antonio Gibson to kick returning during preseason. Add him now, as soon as he suits up there will be a scramble for him.

Could this be the end for David Montgomery in the backfield? Herbert had a lot of positive news during the preseason that he was a better fit for the offense, and the first real opportunity he had- he took it. Montgomery could be out for a bit of time, meaning Herbert is about to be a hot pickup.

Gallup could make his season debut this week against the Giants. The Cowboys offense is obviously hamstrung with Cooper Rush throwing the ball, but Gallup should have plenty of volume in the offense moving forward.

Palmer is definitely worth adding with the issues that Keenan Allen has had recently with his hamstring. With Allen out of the lineup, Palmer is almost a must-start week to week with a healthy target share.

The thing about recommending MNF players is I’m always worried they do something that makes this look stupid. But, currently, Shepard is the guy that is dominating targets in the offense. It might not be a good offense, but you still can’t overlook it. Especially in PPR leagues those targets are well worth it.

Right idea, wrong receiver. Last week I recommended Agholor with his downfield ability. Instead it was Parker that burnt the Ravens secondary. Next up is a Packers secondary that outside of Jaire Alexander has struggled to limit production.

The Packers receiving group is calling out for someone to step up and make plays. Doubs did that against the Tampa secondary, catching all 8 targets for 73 yards and a TD. If you can, you should add him.

The Cardinals offense is a weird place to be. With the weapons they brought back, and the addition of Marquise Brown, out of nowhere Greg Dortch has become a fantasy asset. Rondale Moore could now be the odd man out when DeAndre Hopkins returns to the fold.

Njoku had a great performance against the Steelers as a breakout TE. This was what many people hoped for at the start of the season (including me). A nice target share, and efficient with them. If he continues that into next week is unknown, but if you are in need of a TE Njoku could be the guy.

Tonyan continued his return from injury with seven targets against the Tampa Bay defense. With the question marks around the receivers for Green Bay, Tonyan is worth adding in deep leagues.

Conklin continues his positive start to the season, with an 8 reception game for 84 yards. The Jets offense has been looking to Conklin often to start the season. The question will be if that changes with Zach Wilson expected to come back to the team, but for the time being roll with it.

The Bengals defense caused the Jets all types of problems, finally showing some of the ability they had last season. This week they matchup against the Dolphins. The question with be whether the team are at full strength, with the league investigating the treatment of Tua during Week 3.

The Saints are set to welcome the Vikings into London to play the first of the international games. The ‘hosts’ also look like they could be without some of their top pieces on offense at 100% for the game. With Jameis Winston looking like he has reverted to v1, with the INTs to match, the Vikings are a nice option.

Again, I’m writing this before the MNF game so I’m ready to be burnt. Gano is part of a Giants offense that has struggled to convert drives into TDs. The Cowboys defense are likely to stop the team, stalling drives. The same is likely to happen next week against the Chicago Bears.

McLaughlin was promoted to the active roster, and immediately played. The Colts offense has been spluttering this season, which has led to FG attempts, McLaughlin showed the leg to convert long range kicks.