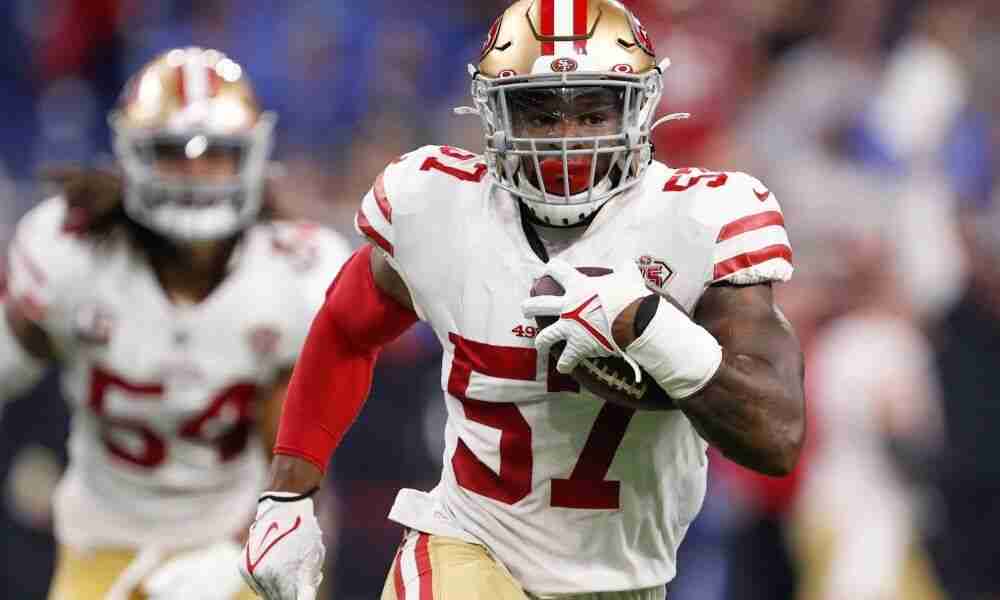 Welcome to Week 6 of the 2022 season IDP Start ‘Em Sit ‘Em series. Some players here are ‘streaming’ options. However, some performances will become weekly starters. Here’s a few IDPs that have value this week, and possibly beyond.

Allen has been on a tear this season. He has only 21 tackles on the season, but 14 of them have came in the last 2 weeks. He also has 2 sacks in the past 2 weeks. The Cardinals are playing the Seahawks this week. This is a rival with opportunity for tackles against rookie RB Walker. Geno has been difficult to sack, but Allen has the potential to earn a sack for the 3rd straight week. Play him

Wise has 22 tackles, 4 sacks, and 1 forced fumble on the season. The Patriots play the Browns in week 6, which will leave high tackle opportunities for Wise. He should notch a sack as the Browns look indecisive in the pass game. He is available in most leagues, pick him up and play him.

Hubbard has been quiet this season with only 18 tackles and 1 sack through 4 games. He is due for a bigger performance and what better opportunity then against an average offensive line and slow QB. The Bengals play the Saints this week and regardless if it is Winston or Dalton at QB, they are both easy targets for Hubbard. Play him with confidence.

Bosa is limited, barely played any snaps in week 5, and he is being hyped with a chance to play this week. Pine him. At least pine him for now, a groin injury is serious. One that limits what a football player can do, particularly a lineman. Pine him.

Chubb was the #1 scoring IDP in #FF7s with 33.25 points led by 2.5 sacks. Those sacks will not come as easy against Herbert as they did against old man Ryan. Pine him and wait for better games ahead.

Holcomb tied his career high in tackles last week with 15, most of those coming in the 1st half. He has 47 tackles on the season, but no other stats on the board. He should have 10+ tackles Thursday Night agaisnt the Bears who have rushed on 160 plays this season, 5th most in the NFL. Plug and Play the tackling machine.

This combination are our streaming, or one time use options for the week. The Jags are traveling to play the Colts who have had a difficult time against the Jags week 2. Lloyd and Oluokun combined for over 27 points. Play them with confidence as this is a big week for the Jags who can lock up the 2022 tie breaker against the Colts with a win.

Greenlaw is someone you must go pick up on the waivers/FA and play weekly. He exploded after a lackluster first 2 weeks and has over 10 tackles in each of the last 3 games. On the tape he is flying to the football as if he is anticipating the snap count and play call. If he keeps up this pace he will be a 2022 All-Pro, and there is no reason to believe it will not continue against the Falcons this week.

Walker was been pumped up 2 weeks ago on this article telling you plug and play for season. He earned 11 tackles last week, but left the game with a groin injury… hmm, seems familiar. He hasn’t practiced this week and could be forced out.

Jones was on the Falcons team last week, he will be getting his first action of the year this week as a Brown. He was activated off the IR and although with a new team, flowing to the football is as natural for a LB as snapping the ball is for the center. Except good things from him, pick him up this week (he’s likely available in your league) before he becomes a weekly FF starter. Pick him up and pine him.

Brisker has outperformed any rookie projections placed before him. He has a less of a role than the stud LBs Morrow/Smith. Yet he plays both sides of the field, and has 30 tackles, 1 sack, and 1 fumble recovery with opportunity for a big play against the unpredictable Wentz. Play him.

Woolen has proven to be worth the value, and is having an excellent rookie season. 17 tackles, 1 fumble recovery, 3 interceptions, and 1 TD. The Cardinals are a team we target to play agaisnt as they run an up tempo offense and it allows for more opportunities for Woolen. Play him.

Love has been steady the entire season and is becoming a cornerstone for the Giants defense. He has racked up 33 tackles, 1 sack, and 1 forced fumble. The Ravens have been controlling the pace with long drives, this should allow Love 6+ tackles with a couple passes defended. Play him.

Elliott was the biggest hit of our Week article. The Lions are on bye so make sure to Pine him and not drop him. He is also injured but do not panic. He has 2 weeks to recover, come back healthy, and remain the best member of the Lions secondary. Pine him

Dantzler is having a great year and been a reliable piece of the Vikings Secondary. He has garnished 30 tackles, 1 forced fumble, and 1 fumble recovery. The Vikings are traveling to Miami to face the Dolphins and a 3rd string rookie QB making his first start. Expect more runs and safe passes limiting Dantzler’s productivity. Pine him this week.

Well that’s it for our IDP Start ‘Em Sit ‘Em for Week 6 of the 2022 season. Thank you for reading! Look for this column each week and best of luck! Remember, you can check out rankings for each Week. Reach out on social media, you can find us on Twitter, Facebook, and Instagram. Or jump into our Discord server.