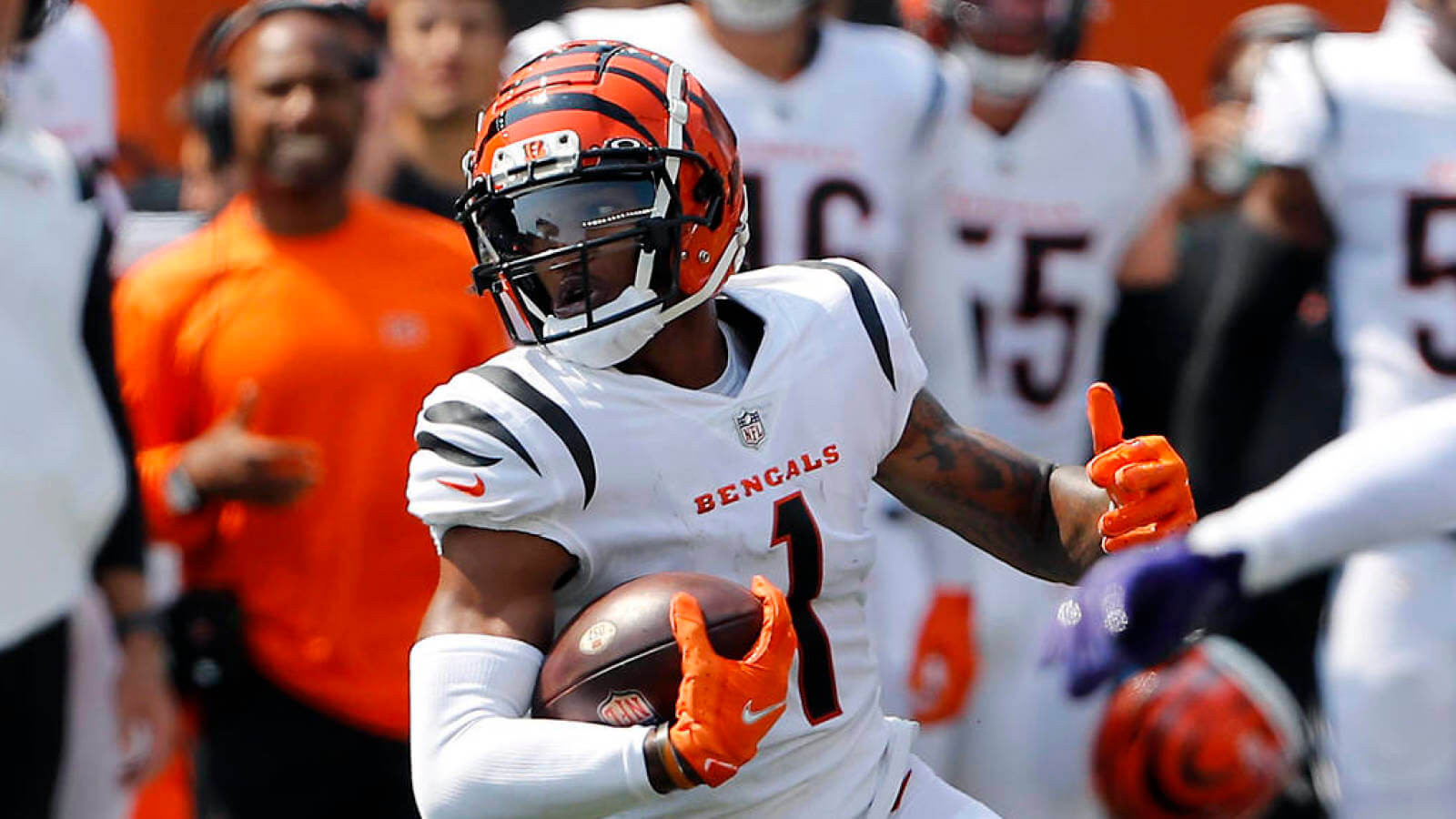 It’s finally here- Week 7 of the 2022 season, and another DraftKings main slate. This week, we start to deal with bye weeks as well as injuries which open up the slate a bit.

Jackson is the highest priced QB on the slate with our other normal candidates on bye. Jackson imploded against the Browns last season, with less than 15 DKPts combined from the two games. This season though, the Browns defense don’t look as good, and Jackson should be closer to his 2020 version where he carved the team up for 6 TDs.

If you don’t want to spend up on Jackson, you can save a little salary with Herbert. The Chargers offense is the most pass heavy in the league, and look set to welcome back Keenan Allen into the lineup. This game also has the highest O/U on the slate. I’m not going crazy with Herbert, but I’ll have some lineups with him.

Burrow torched the Saints defense last week with a 300-yard, 3 TD game. That was with one of his leading receivers, Tee Higgins, playing through injury. This week against the Falcons this is going to be another showing through the air. Burrow is going to be airing it out early and often against their secondary that has give up an average of 20.5 points to the position (bare in mind that Jimmy Garoppolo had far more than that last week)

Barkley is getting more touches than anyone else in the league, and is looking good with them. Barkley has looked great this year, and now faces a Jaguars defense that has struggled to stop anything on the ground. This play is going to be a popular one, given the price and opponent, but you can’t really pass it up.

Cough cough, this is chalk. Jacobs has really taken command of the Raiders backfield, and faces the Texans defense who are the worst at defending the position giving up a league high near 32 DKPts on average. With the price tag too, Jacobs was always going to be highly owned. When you then factor in Darren Waller struggling with a hamstring injury, this is going to be one of the highest owned backs on the slate.

Elliott hasn’t been great for fantasy in recent weeks, with Tony Pollard taking the receiving work out of the backfield. But, this week is really make or break for his season. Dak Prescott returns to the team, and should be able to carve up the Detroit defense. That should lead to some redzone opportunities for Elliott. A risky play, if the team just choose to go through the air to make a statement. But, a decent play if you want to move from the chalk. I’m also fine with Tony Pollard ($5,700).

I don’t know what it is about the Seahawks, but they seem to constantly underpriced on the main slate. Walker took the workload against the Cardinals, and should do the same against the Chargers. The Chargers defense have long struggled to stop production on the ground. This price is a smash.

Chase just blew up last week for the Bengals, showcasing everything that is need from a wide receiver to be successful in this league- including speed. This week, he is set to play a slow Falcons secondary who are going to struggle to stop Chase getting free downfield.

Lamb managed to weather the storm without Dak Prescott, and will be looking to have a big game against this Detroit secondary. Lamb has a league-high target share (32.4%) in the offense, it’s just been a struggle with arm talent with Cooper Rush. In this one, I’d expect the Cowboys offense to make a statement against a poor defense. I’m also fine with Michael Gallup ($5,100) if you want a cheaper option.

Cooper has been getting a decent number of targets in the offense, especially in recent weeks where they have needed to air the ball out. That need is likely to happen again against the Ravens offense where they will need to chase points. The Ravens secondary has given up plenty of big plays with a 4.28 DKPts given up to the position (4th in the league).

Lockett didn’t too much in a primetime game that was expected to be high scoring. As a result, we should see his ownership drop here as people over-react. Lockett has been having a decent season, and has a decent pricetag in (another) anticipated high O/U game.

Pierce has put together a string of good performances recently. Next up is a Titans secondary that has given up a league-high 8 TDs to WRs this season (even with their bye week). If what we saw from Matt Ryan last week wasn’t a false dawn, then Pierce should continue to see plenty of targets in this one.

The 49ers defense is a great unit when it is healthy, but right now it isn’t. Kelce is currently the main receiver for Patrick Mahomes and the Chiefs, and will be causing mayhem against on offense. He is the most expensive option on the slate, but that should mean he is lower owned in this one.

Andrews feels like the more obvious selection of the more expensive TEs this week. His target share in the offense is huge (31.5%), only bettered by CeeDee Lamb (32.4%) and Cooper Kupp (31.7%). With the ground game having question marks over the availability of JK Dobbins, and receiver Rashod Bateman’s status in the air, Andrews feels like a nice play and stack with Lamar Jackson. Albeit a likely popular option.

This play is relatively simple, the Chargers are set to play the Seahawks. This season the Seattle defense are operating the ‘defense optional’ strategy against TEs. With the volume of passes in this offense, Everett has been getting a good number of targets, with 7 in his last game. Even with (likely) return of Keenan Allen Everett should be able to have a good game here.

The Jets defense has been great the past few weeks, and faces a Denver offense that….hasn’t been great. The way that this team have been able to put pressure on the QB recently has been great, with 6 sacks in the last two weeks. With Russell Wilson now struggling with injuries, the signs are there for the Jets to continue performing for fantasy.

The Texans aren’t quite a min price, but they aren’t far from it. They aren’t a great unit, but they do have enough playmakers to force the odd turnover and get to the QB. Derek Carr has been sacked just over 2 times per game this season, and this game currently looks to be a slow-paced affair, with both teams happy to run the ball.