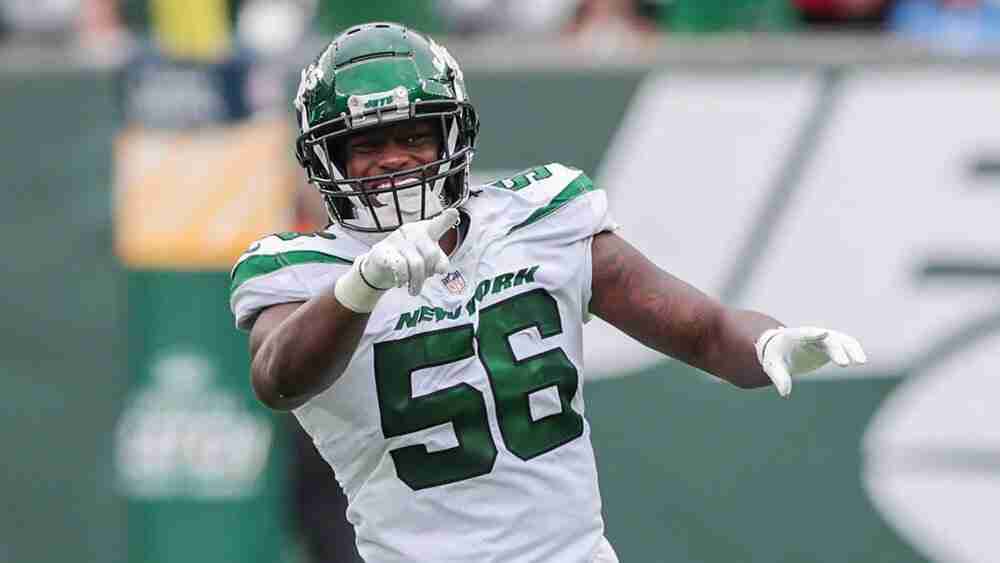 Welcome to Week 7 of the 2022 season IDP Start ‘Em Sit ‘Em series. Some players here are ‘streaming’ options. However, some performances will become weekly starters. Here’s a few IDPs that have value this week, and possibly beyond.

Allen has had 2 rough weeks in a row, netting less than 8 combined points. He is up the run heavy Giants, their leading receiver has only 189 yards. Allen could get back to double digits with tackles on Barkley, and possibly a sack against the indecisive Jones. Play him

Burns has only 5 tackles in the past 2 games. Look for that to change this week against division rival Tampa Bay. Burns is known for his sacks, he has 4 on the year, and he should get one against one of the worst offensive lines in the NFL. Look for 5+ tackles and a sack this week. With a win Carolina (who has only won 1 game) would only be 1.5 games back for the division lead… spooky.

Green is probably available in 99% of IDP leagues. He has only 18 tackles, but a recorded sack in 3 of the 4 games he’s played. The Texans are playing the Raiders, both off of bye, and Green should see plenty of Jacobs running his way. He also has time to get to Carr who constantly holds the ball too long. Pick him up and play him.

Miller has only 12 tackles on the year but is currently the 12th ranked DL, do not drop him if possible. He is being utilized as the sack specialist he is and has 6 on the season. With Buffalo’s high powered offense, Miller will have sack opportunities in most games going forward. Pine him and save him to help with bye weeks for the next month.

Mack is having his best season in 4 years. He is bringing constant pressure and has 4 games with over 11 points this season. Geno Smith is elusive and moves outside of the pocket with fluidity. Pine Mack this week.

Evans stepped up with the absence of Walker. Evans earned 12 tackles last week, and has 52 tackles, 1 forced fumble, and 2 fumble recoveries on the season. He has played 397 snaps and is poised for another great game against the Bengals. Play him.

Williams was out weeks 4 & 5 but came back with a big statement earning 14 tackles against the Packers. He has a nice role on this powerful defense, playing in coverage as well. He has a favorable match up against the Broncos this week so pick him up and play him.

Singleton had one of the best tackling performances that I have seen in my life. He earned 21 tackles and was literally close to so many more. He was all over the field against the Chargers and he should have played himself into an every down role with the Broncos. Play him

Hicks is the 6th highest scoring IDP in the league, and is a must hold at this point. He was the highest scoring IDP a few years ago, and has an opportunity to do so again. Pine him this week and have a plug and play starter for the rest of the season.

Luvu is someone you have relied on if he is on your roster. He has been out for 2 weeks in a row, after leading all IDPs in scoring week 4. Hold onto him if you can and let’s pine him until he’s displayed he’s healthy.

James is our streaming, one time use IDP of the week. He is having a smashing year with 55 tackles and 2 sacks. The Chargers are coming off an overtime win last week and have one more game before their bye week. Look for him to have several tackles plus a big play be it a sack, forced fumble, or interception. He will be giving his all this week with 2 weeks of rest coming after, Play him.

Jenkins has 20 tackles the past 2 weeks and has scored double digit points in the last 4 of 5 weeks. He is likely available in your league and has a favorable match up against the run heavy Giants. He should see at least 7 tackles this week with a chance for a big play against the erratic Daniel Jones. Play him.

Gordon is part of a young and fast secondary in Chicago. He has recorded double digit points the past 3 weeks, has 37 tackles and 1 forced fumble. The Bears are playing Monday Night against the red hot Zeppe led Patriots. He should see plenty of tackles via passes and Stevenson running outside the tackles. Play him.

Hufanga is the highest scoring DB in the league with 107 points. He is likely in several starting lineups this week, but use caution! He entered the concussion protocol on Monday’s practice and has not cleared as of yet. Have a back up plan in case he can’t go Sunday.

Jackson was the 3rd highest scoring DB last week, but do not chase points! He is questionable after exiting week 6 with an injury, and he didn’t practice Wednesday. Week 7 is a rough bye week but have a better plan than chasing points from week 6.

Well that’s it for our IDP Start ‘Em Sit ‘Em for Week 7 of the 2022 season. Thank you for reading! Look for this column each week and best of luck! Remember, you can check out rankings for each Week. Reach out on social media, you can find us on Twitter, Facebook, and Instagram. Or jump into our Discord server.