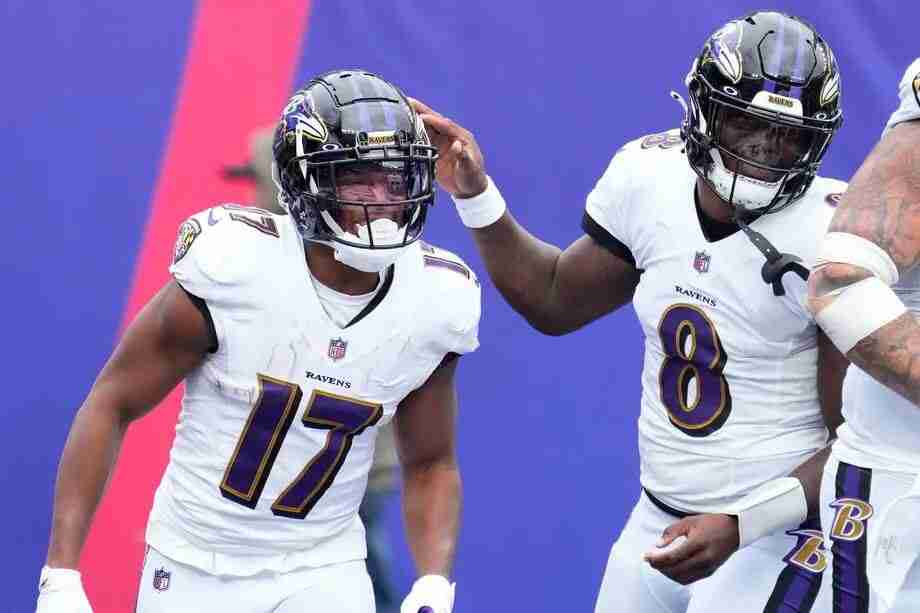 Well we are (nearly) done with another week of 2022 action, so time to finetune your roster with our Week 7 Waiver Wire pickups. Making the right moves on the waiver wire is how you can really win your league. Getting those upside depth pieces, and cutting the players that are going to struggle from your roster is going to help you going forwards

2022 feels backward, I’m actually saying you can pick up Daniel Jones!? Well, he has been decent this season for fantasy on the whole. The Giants have been picking up some good wins this season, and the Giants haven’t really had the receivers to help Jones. The Jaguars secondary just got shredded by Matt Ryan, so the Giants should be able to move the ball effectively against them

Well, it looks like it now might be clicking for the Colts. Ryan has been struggling this season with turnovers and poor decisions, but this past week he looks to have put that behind him as he threw for 389 yards and 3 TDs. It might have been against the Jaguars, but the Titans secondary has struggled this season. Nice streaming option

The Atlanta backfield is a committee, which is both bad and great. It’s good because you can get either guy, and know you aren’t going to get a zero. It’s bad because they are currently limiting each other. Once Cordarrelle Patterson is off IR, it’ll become his backfield too. But, if I’m hurting at RB and need something then a secondary target of one of these will be fine.

This season feels very much like having the right bench stash is what is going to help you win your league. There is no doubt that Alvin Kamara is the lead back here, but Ingram does look like he would be the guy with the backfield if Kamara were to go down.

Drake dominated the backfield for the Ravens after JK Dobbins was kept off the field with knee tightness. Drake really led the offense, with two long runs mixed in with some successful shorter ones. He could end up being a forgotten man by the time Sunday rolls round, depending on the health of Dobbins and Gus Edwards, but he is worth a pickup.

Foreman currently is the clear backup for the Panthers, with Christian McCaffrey leading the backfield. But, there are a lot of stories being written about the Panthers fielding trade calls for their star RB. It might be that any trade involves a player going the other way, but Foreman is still likely to have a role as that player settles.

The Cardinals are set to welcome back DeAndre Hopkins back after his suspension this week, and the timing couldn’t be better with Marquise Brown leaving the game against the Seahawks with an ankle injury. The fact of the matter is that Moore is an electric receiver with the YAC ability to make big plays.

Jones managed to play for the Jaguars, and led the team in receptions and receiving yards against the Colts. Granted that was without Marvin Jones, but a matchup against the Giants is a nice one for him to build on his solid start to the season.

Reynolds has been decent to start the year, with the Lions receivers hit with injury. The Bye week may have changed that, with players now available, but with a number of players on bye, Reynolds is a solid add.

Pierce seems to be putting together some decent performances as the Colts offense seems to be finding it’s feet with Matt Ryan. Working across the field from Michael Pittman, Pierce has been getting a good target share and looking more comfortable in the offense. Next up is a nice matchup against the Titans.

The rookie receiver is literally one of the few healthy receivers for the Giants, shown by his immediate significant role in the offense. He finished with 4 targets, 2 fewer than the team lead for the game. Against Jacksonville, there is no reason to think that changes with the injury list the team has.

The Texans offense has actually been decent this season, moving the ball on the ground and through the air. Collins isn’t the primary receiver in the offense, but has been getting a solid number of targets in the offense. Against the Raiders secondary, Collins should be able to have a solid enough outing.

Up to Week 5, Gesicki only had 12 targets in the offense, and then got 7 in the game against the Vikings. Now, the Dolphins offense has been inconsistent when looking towards Gesicki, but if Durham Smythe continues to miss time Gesicki should be able to see more usage in the offense.

Tonyan led the team in pretty much all receiving categories that matter against the Jets. The Packers offense has really taken a backward step this season, and has now lost more receivers. Tonyan is one of a handful of options left on the roster.

Bellinger has been getting usage as a big body in the Giants offense. There isn’t alot of volume in the offense, but he is being used effectively in the redzone with a two game scoring streak. Until some of the Giants receivers return to health, Bellinger is going to be an important part of the offense.

The Dolphins offense has been able to make plays on defense, the issue has been that they have struggled to stop teams scoring. The Steelers have question marks at QB, with rookie Kenny Pickett being forced to the sidelines during the win against Tampa Bay. As a result, I’m fine with streaming the Dolphins this week.

The Patriots defense seems to be finding itself at this point of the season, with a few decent performances. The team have been able to force turnovers, get to the QB and keep the score low- all things that are possible against this Chicago offense.

Lutz feels massively underowned at this point of the season. The Saints offense has been good, but has struggled at times to convert their drives into TDs. With a game against the Cardinals defense, who frustrated the Seahawks we could see more FG attempts this week.