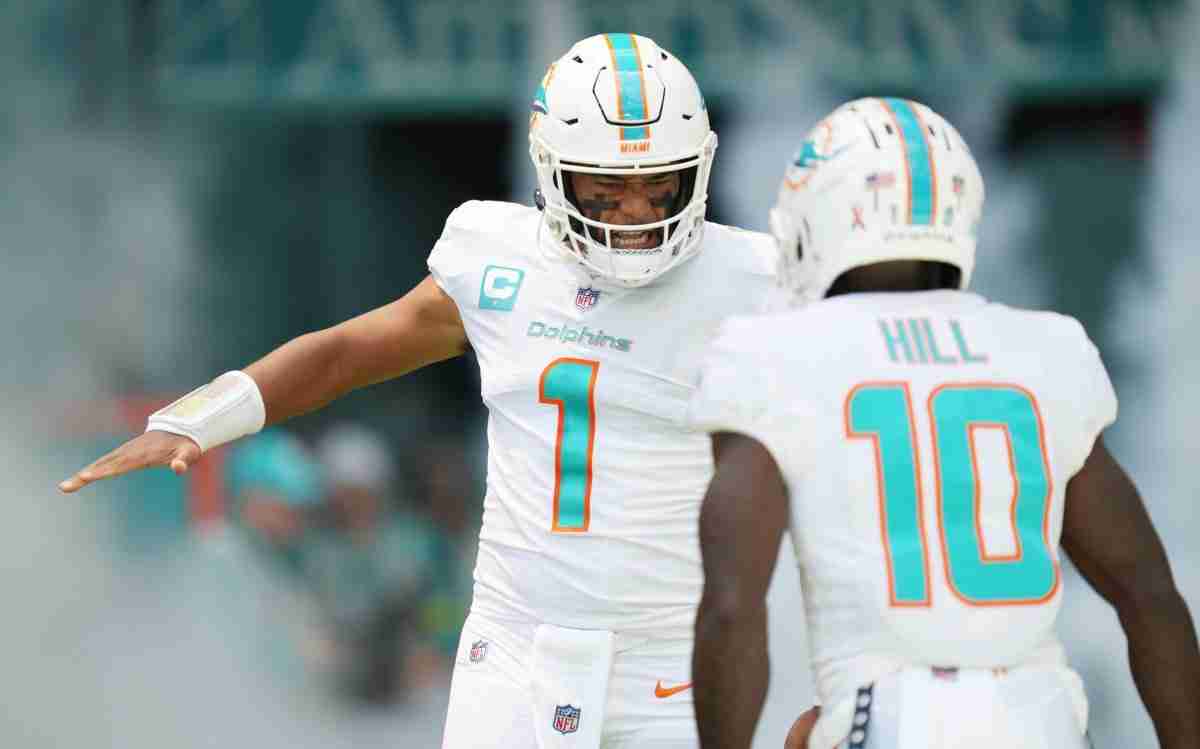 Welcome into Week 8 of the 2022 season, and the latest in our Start ‘Em Sit ‘Em series.

Tagovailoa returned last week, and he was ok not great- especially when you consider the matchup. This week he has another great matchup against a poor Detroit defense. I’d expect the Dolphins to air the ball out in this one and make a statement with Tyreek Hill and Jaylen Waddle as they did to start the season.

Jones is somehow managing to be a top fantasy QB this season. I don’t know if that reflects on what is happening at the QB position, or if Jones is just performing well. Jones has shown his ‘bambi’ running style plenty of times this season, as teams lock in on stopping Saquon Barkley. Seattle is a nice matchup too, as their secondary has struggled this season.

Cousins has been exactly what he always has been- steady with flashes of excellence. This week we have a good chance of seeing one of those flashes. The Cardinals were just ripped through the air by Andy Dalton and his patched up receivers- the Vikings have alot more talent available in this one.

Rodgers isn’t performing to the level he used to, and really it feels like more than one factor. He is struggling with protection, being forced to throw the ball before he is ready to release it to one of his receivers. That is another struggle for Rodgers, the receiving talent isn’t what he is used to. He might turn it round, but I’m not banking on that in a road game against Buffalo.

This feels like a first- sit both QBs in this game. The weather in the UK I can attest to is wet. With the strength of the Denver defense I would steer clear of Lawrence. Yes, he has been decent the past few games- but that is largely due to being able to run the ball in himself. If you took those goaline rushes away, he has been disappointing for fantasy. The Broncos really limit QBs, with less than 10 points on average given up to the position. I’ll throw Wilson in as a sit too- I can’t see a trip to the UK stopping his struggles on offense this season.

Mostert is the lead back for the Dolphins it seems. Not only is he getting the carries, but he is also getting the work in the passing game too- with Chase Edmonds suffering as a result. The Dolphins should be able to do whatever they want in this one on offense, especially when we saw the Cowboys run all over Detroit last week.

The Carolina Panthers looked good last week, after firing their head coach and their star offensive weapon. Weird season this one, but the ground game worked really well against a tough Tampa Bay defensive front. Foreman split the backfield with Chuba Hubbard, but could have all of the rushing work this week with Hubbard dealing with an ankle injury. The Falcons front has struggled to stop production on the ground in recent weeks.

Fantasy owners last week would have been upset, after Pollard did the hard work before Ezekiel Elliott vultured the goal-line work. Pollard has been looking like the better and more explosive back, it’s just a matter of time before he has a big game. Against the Bears defense that just lost a playmaker on their defensive line, this one could be it. Especially since Elliott looks like he could miss the game this week.

Things haven’t really gone to plan for Dillon this season, as the Packers offense generally has struggled. At the moment, Dillon isn’t getting enough work to be able to be the flex worthy start he was last season. Against a tough Bills defense you should look to sit him.

Henderson was a popular add recently, with Cam Akers looking like he is set to leave. The thing is, the Rams offensive line isn’t great and has been struggling to offer any real protection to their backfield. When you combine that with the 49ers defense, who are slowly welcoming back some of their starters, I’d look elsewhere.

The Texans offense has bene able to move the ball effectively enough this season, but Cooks hasn’t really had the same consistency as he has in previous seasons. This week, he matches up against a poor Titans secondary, but has a banged up Nico Collins opposite. That should lead to more targets in the offense.

Davis has been a hit-or-miss option at receiver this season. Hitting when Josh Allen has time and hits him deep. This week, I can see the team needing to use him in a slightly different way, as Stefon Diggs is likely to be shadowed by Jaire Alexander. That should free up Davis to torch the Packers secondary who are able to be beaten deep.

You don’t need me to tell you that you should start Justin Jefferson, but Thielen feels like it’s slightly different. He has been getting targets in the offense, but not doing too much with them. Against the Cardinals secondary he has a a good opportunity to change that. Worth starting as a mid-level WR3 or flex option.

As I said with the sit of Aaron Rodgers, this Packers offense isn’t working the way it has in previous seasons. Rodgers seems out of sync with his receivers, and faces a tough defense. Lazard has been struggling with the injury that sidelined him during the game against Washington. While Doubs struggled to make any impact last week, without a single catch. Just look elsewhere this week if you can.

Gallup missed the start of the season, and returned just as Dak Prescott returned from his early-season injury. Against the Chicago Bears secondary there is no reason to start Gallup unless really desperate.

Engram continues to see a number of targets in the Jaguars offense. The Broncos defense has been great against receivers, but they have allowed production at the TE position. With the TE landscape being what it is, Engram is worth a start this week.

Johnson had a great game last week, and I know in some cases I put him in out of desperation with bye weeks. The situation that led to a good performance last week looks set to repeat itself, with the Saints receivers room still impacted with injury, and a good matchup against the Raiders.

Conklin was a great TE option to start the season, infact for a short time he was one of the leaders at the position. But, as crazy as it sounds, moving from Joe Flacco to Zach Wilson has really impacted Conklin (and the receivers) negatively.

Knox was a player I was really out on during the offseason, as he was hugely TD dependent, and that’s never a stat you really want to chase. With the way the Bills have found success with their receivers, Knox just isn’t getting a good number of targets in the offense. Now he faces a Packers defense that was allowed less than 4 points on average to the position, and not a single TD- avoid.

For the past few weeks, the 49ers DST has struggled to do anything of note. But the team are welcoming back their starters on defense and face a Rams offensive line that has struggled to offer any real protection this season. You can feel confident starting them this week.

The Colts offense hasn’t been great, but their defense has been doing all it can to keep them in games. When you then factor in the way that Washington has performed, giving up sacks and turning the ball over. We could see a scoring play from this talented unit.

This is the type of selection that makes me nervous. The Saints have been handing the ball over to defenses all season, with the most turnovers so far this season. The Raiders have the ability to make plays, but I don’t think they have enough to make big plays in this game.

Speaking of big plays, the Cardinals made some big plays on defense last week, with two INTs returned for scores. The temptation would be to slot them into your lineup now, on the assumption that they’ve been playing better and could make some plays in this one. But, the Vikings offense has been great- protecting Kirk Cousins, while also keeping the ball. I’d avoid them if I can.

Well that’s it for our Start ‘Em Sit ‘Em for Week 8 of the 2022 season. Remember, you can check out rankings for each Week. Reach out on social media, you can find us on Twitter, Facebook, and Instagram. Or jump into our Discord server.