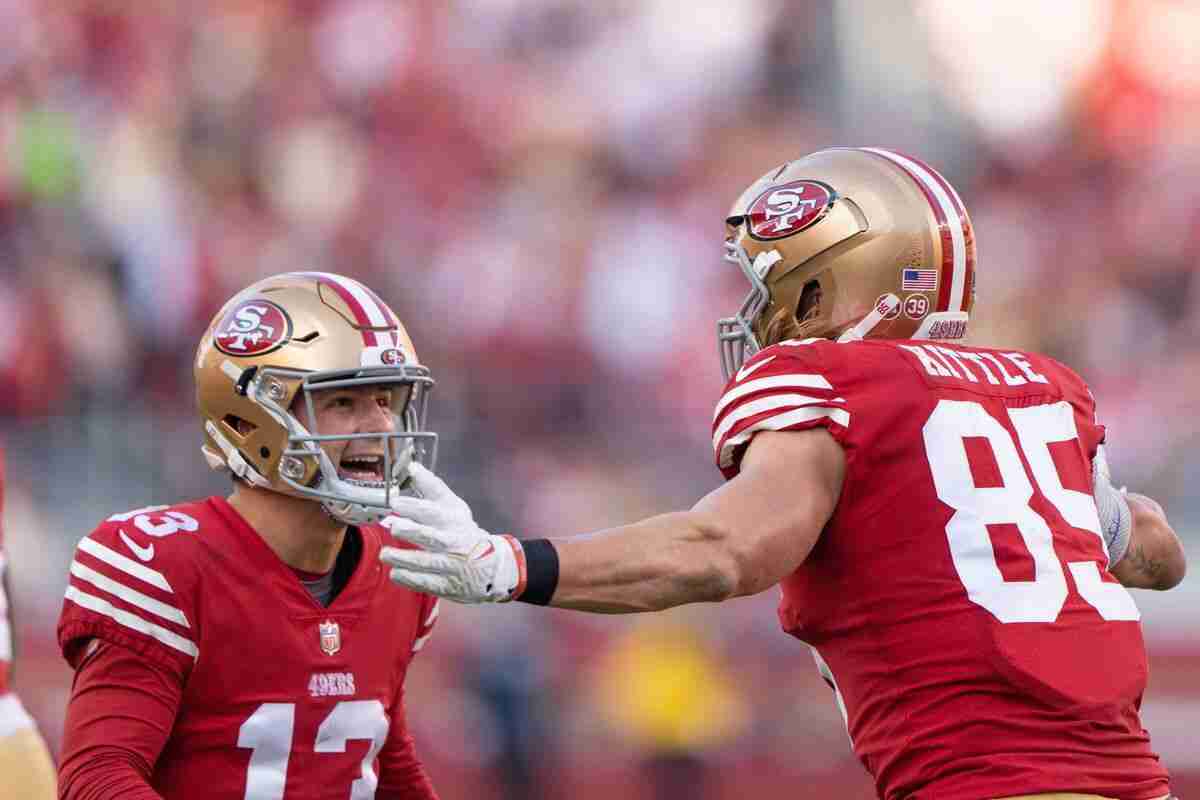 It’s finally here- Week 18 of the 2022 season, and another DraftKings main slate. We are back offering you DFS advice to try and help you navigate your way to victories throughout the season. The players selected here are based on their price, their ability to hit value and likely ownership. The selections are leaning more towards GPP slates, rather than cash (50/50) slates. But let’s get into it

Allen pulled the Bills into the playoffs, through the air and on the ground. That security of carries gives him a nice floor, and his arm talent gives him a decent ceiling too. In his two games against the Dolphins this season, he has totalled 124 yards on the ground, with 704 yards and 6 TDs through the air. On this slate, Allen is the premier piece at the QB position.

The Chargers really did themselves harm in Week 18 in starting their top guys and putting them out there for the majority of the game. As a result, they are without Mike Williams for this game. But, they have (generally) returned to health which is a massive positive. Herbert and the Chargers should be at full health though, something that they weren’t when they met earlier in the season. The Jaguars gave up an average of 19.5 DKPts to the position in the regular season, making them one of the worst in the league. With the pricing, you can build so Chargers mega-stacks and feel ok about the other pieces in your team.

Trusting Cousins in a big game feels like a risk, given his history, but it’s a nice spot here. The Giants defense weren’t able to keep the pressure on Cousins when they met recently, with Cousins (and Justin Jefferson) blowing up in the second half. It could be rough, but the cost allows you to spend up elsewhere on the slate.

The Giants made the playoffs, but didn’t exactly do it the easy way. But, a repeat of their Week 16 matchup against the Vikings is a good opportunity to progress. Jones has really improved this season, which is incredible considering the players that he is being forced to throw to. The big difference to his fantasy production has come on the ground, with 186 yards and 3 TDs in his last four games.

The Giants making the playoffs was due to a return of form of Barkley. He has been getting a huge share of the carries out of the backfield, as well as getting the ball through the air. The Vikings have struggled against pass-catching RBs, and Barkley himself had 10 targets when the teams met in Week 16. Feels like the safest play on the slate, with his combination of floor and ceiling.

The Bengals are playing really effectively on offense, with Mixon getting usage on the ground and through the air. In the last three weeks he has had 38 carries and 20 targets, which is great in DK’s PPR scoring. The Bengals should be able to control this game comfortably, with the amount of injuries they carry into this week. That should suit Mixon in this game as a home favorite.

Etienne is an interesting play. Getting a decent volume of carries on the ground, and has been performing well against (on paper) tough run defenses. He now starts the playoffs against a poor Chargers defense, which has struggled to limit production to anyone on the ground. Should be a nice play on the slate at the price.

Lamar Jackson has been ruled out, and Tyler Huntley is questionable for this one. So, the team is going to need to rely on their ground game in this one. Then, with Gus Edwards in concussion protocol, and Dobbins being rested last week, Dobbins is going to be a volume monster. If he manages to get into the endzone, at the price, he is going to smash here.

Playing Fournette on the slate could really pay off if Tampa Bay turn to the veteran in the playoffs (he is playoff Lenny for a reason). With having had Week 18 to rest (except for 3 snaps) he should be inline for a strong workload. The risk comes with if the team do split carries, and this matchup is a tough one for RBs, but the pricing makes it an interesting GPP play.

Jefferson has been having a huge season, with him being extremely productive with the targets that he has got in the offense. Jefferson has had ten 100+ yard games, including one 200+ yard game. With another 98 yard game too, he has the ceiling to warrant consideration in any week. When these teams last played each other, in Week 16, he caught 12 passes for 133 yards and a TD. Among the safest players on the slate, and slate-breaking ceiling, in a nice matchup.

Chase has been elite since he has entered the league, and is the favored target of Joe Burrow through the air. The volume that he gets in the air give him a solid floor. To put it into context, he has only had 3 games this season with less than 10 targets. If the Bengals do perform on offense and score points, Chase is likely to be a big part of it.

Diggs feels cheap on the slate, as the fifth-most expensive player. After starting off the season strongly, with 6 100+ yard games in his first 9 games and scoring 7 TDs in that stretch, he fell off towards the end of the season. But, he finished Week 18 with a good 104-yard and TD performance. As one of the better receivers in the league, against a struggling Miami secondary, Diggs has a great opportunity to start the playoffs well.

Allen was a great play on the slate, but with Mike Williams ruled out here, he becomes a must-play. Allen may have missed a big chunk of the season, but finished the season with 66 receptions, 752 yards and 4 TDs. Against the Jaguars secondary, who are among the worst in the league, Allen should be able to perform here.

Lockett was actually healthy to finish the season, after suffering a finger and shin injuries. His return helped the Seahawks make the playoffs, with DK Metcalf struggling for production down the stretch. The 49ers’ secondary is the ‘weakness’ of this defense, and Lockett has performed well in the two games the teams have already played. With a total of

With Williams being ruled out of this one, Palmer is likely to continue his role as the next man up in the offense. He has been effective when giving the opportunity, with a nice Week 11 performance against the Chiefs when Williams was out, when he caught 8 passes for 106 yards and 2 TDs. Going to be a popular selection with the price, but can’t be ruled out of selection here.

The Giants making the playoffs is impressive considering how deep they have needed to go at receiver. With a nice matchup with the Vikings secondary, one of the worst units in the league, and the pricing they are going to be an important part of a successful lineup this week.

Hodgins has been on the field for a large number of snaps, getting the ball often at the end of the season, with 4 TDs in his last 5 games. When these teams met in Week 16, Hodgins finished the game  with 8 receptions from 12 targets for 89 yards and a score.

James too has been having a good end to the season. James has been getting an equally strong target share as Hodgins and has found his way into the endzone.

Kittle has been on a tear since the team moved to Brock Purdy as the starter. Since Week 15 especially, Kittle has caught 18 passes from 27 targets for 265 yards, but more importantly for his fantasy value, 7 TDs. Seattle have struggled all season to defend the TE position, giving up the most points to the position during the regular season. In Week 15, when these teams last met, he finished the game with 93 yards and 2 TDs.

Knox started the season struggling for fantasy, but is putting himself back into the minds of fantasy owners with his strong performances to finish the year. Knox has scored in each of the last 4 games that the Bills have played, with the team looking to him in the redzone. The matchup against Miami is nice too, with 15.2 DKPts on average given up to the position this season.

With the Jaguars without Williams in this one, they are going to need to lean on Palmer but also Everett in the offense. The Jaguars have struggled against the TE position all season, giving up multiple TDs to the position to end the season. With the news of Williams status, Everett is going to be a popular pay-down option on the slate. If you are going to play him in GPPs, I think it has to be part of a heavy Chargers stack to try and be a little different.

The Dolphins may have made the playoffs, but they have really limped into it. Tua Tagovailoa has been ruled out, meaning the team is likely putting Skylar Thompson in at QB. He has only managed to throw for 534 yards and a single score in the time he has had this season, but he has turned the ball over 5 times and been sacked 6 times. Against this Bills defense, at home, this feels like a very nice spot.

The Dolphins are also a fine play on the slate with the pricing. The Dolphins DST can make plays, and even when Allen torched the Dolphins through the air with 4 TDs, he still turned the ball over and was sacked. Saving this amount at DST allows you to spend up elsewhere.