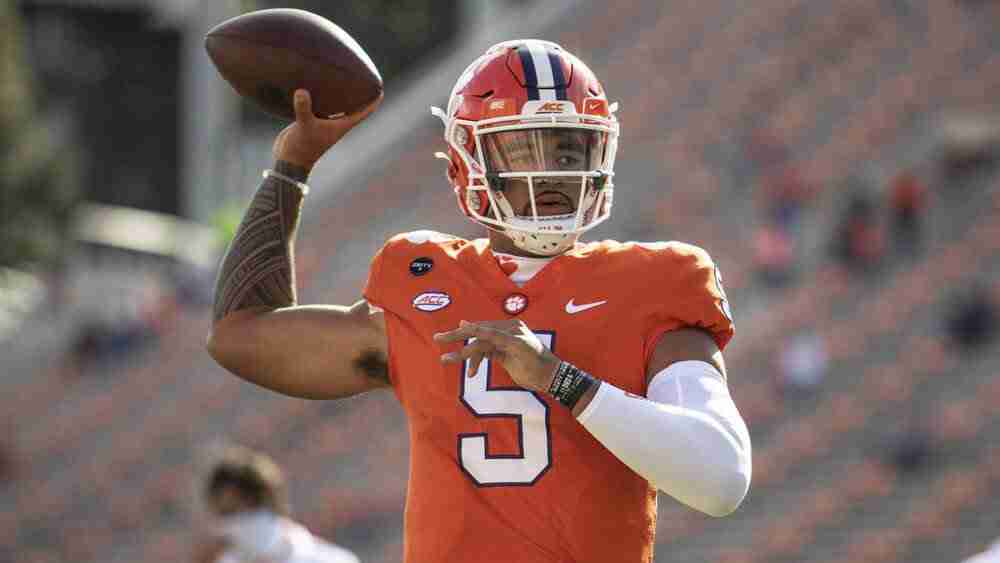 With October halfway through, we take a look at the 2023 Rookie Class and the players that have seen their stock go up.

Is this the resurgence of DJ Uiagalelei that we’ve been waiting for? Realistically, it’s going to take a lot more than what he’s put on display this season to get close to Round 1 hype for the NFL Draft which is what we’re aiming for when we’re discussing dynasty rookie draft capital. Even then, the best hit rates are in the top half of the first round of the NFL Draft for quarterbacks. I don’t think DJ U can get back to the hype he held going into the 2021 season that he subsequently lost during that horrendous season. But, it looks like his wide receivers are finally helping him out a bit and the offensive line is holding up for him, two things we didn’t see at all for him last season.

The playcalling is still questionable and DJ U’s play is still inconsistent at times. His confidence has increased and it shows on the field as he’s more confident in his throws and is hitting those tight windows that we saw glimpses of his freshman season when filling in for Trevor Lawrence. Although, we’re still seeing some questionable decision-making. His QBR has jumped up from 43.2 to 74.9 (still below the average of college quarterbacks that have hit a top 12 season in the NFL) and his EPA per play has jumped up from 0.15 to 0.38 (again slightly below average).

Overall, the start of this season has been a huge boost in his stock from next to nothing as the public waited for five-star freshman Cade Klubnik to take over to a guy that will get drafted in the later rounds if he were to declare (based on performance and previous pedigree). I’m excited to see if this play continues and if he can even continue to improve as the season goes on as Clemson is right back in it as a playoff contender.

We all knew Gibbs was good and electric in all facets of the game. Even while at Georgia Tech, he was regarded as the best pass catcher in this group of 2023 running backs, and maybe in the whole country. Then he transfers to Alabama and everyone knew this could be a match made in heaven. He started a little slow on the ground but maintained his production through the passing game. You could tell watching the games that he wasn’t quite used to having an offensive line of the caliber of Alabama’s as he wasn’t being patient behind his blockers, but still showing his explosiveness here and there. In the past two games, it’s obvious he’s developed that rapport with the rest of the offense and looks so much more comfortable.

He’s getting volume with back-to-back games against SEC opponents with 20+ total touches and 150+ yards on the ground. And showing down-to-down consistency while not entirely relying on explosive plays like he was at the beginning of the season. Although, he is still delivering in that department as well. I knew this was going to be a success, but I don’t think even I expected his production from the past two games, especially if we see this level of success continue as he has a stranglehold as the lead back.

Sean Tucker hasn’t greatly improved upon his performances last season, he has always been this good and this electric in all facets of the game. The biggest impact on his stock is that Syracuse is actually relevant. They’ve played 5 games and are currently undefeated, already with as many wins as they had last season. Syracuse being relevant puts Sean Tucker on the map even more and has an excellent chance of improving his draft stock and notoriety both in the media and in front offices. Draft Capital was always a worry with Tucker and this helps start to alleviate those concerns.

This is another prospect that transferred away from his original team and the masses assumed it would be a home run. And once again, this is another case where it has gone extremely well. Addison saw the writing on the wall as Kenny Pickett moved on for the NFL and Pitt’s only succession plan was former USC quarterback, Kedon Slovis. (He probably also saw dollar signs and the nice California Beaches and LA lifestyle). So, he transfers to USC to play with up-and-coming five-star quarterback Caleb Williams who showed elite-level flashes for Oklahoma before transferring with his offensive-minded head coach, Lincoln Riley.

Addison may not be quite on pace to match his season last year since he was the lone target hog on that offense. But he has shown improvements on tape and is competing with a higher level of talent around him for targets and still posting above a 30% weighted dominator rating. He’s risen up my board quite a bit and I think is a lock for round 1 draft capital in rookie drafts come next offseason. His rise for me has also been somewhat due to the fallers in this class being primarily at the wide receiver position.

It’s no exaggeration that Zay Flowers has been Boston College’s offense this season. He’s on pace for his first 1,000-yard season with Boston College in his senior season and is posting an absurd 40% weighted dominator rating and a respectable 2.73 receiving yards per team pass attempt. I was a little skeptical of Flowers coming out last season and the NFL most likely was as well which led to Flowers returning for his senior season.

I do worry about the non-early declare especially for a smaller school receiver, even though Boston College is in a Power 5 conference. But he’s been dominant this season and is succeeding despite a very poor offense and Phil Jurkovec’s struggles. He’s a guy that is adding depth to this class and has solidified himself as a probable round 2 selection in dynasty rookie drafts where he was on the borderline of that range for me entering the season.