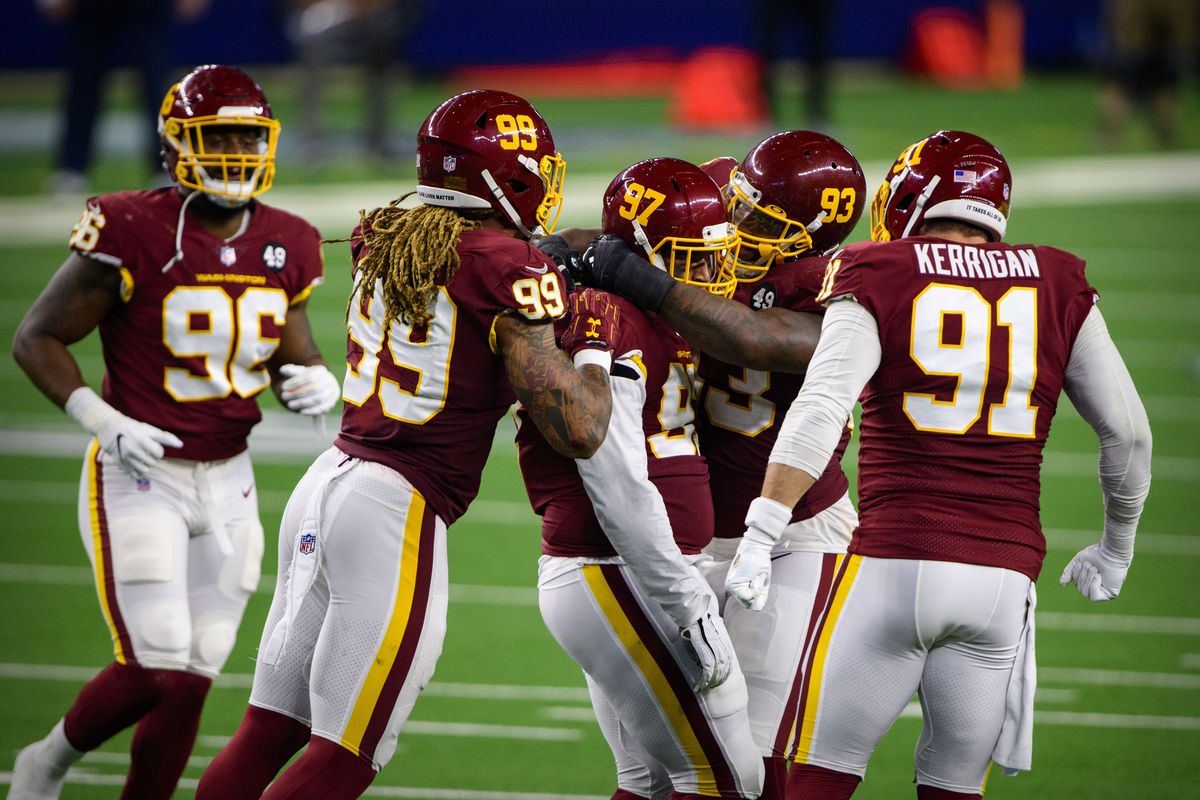 Hello and welcome back to The ABCs of IDP, this is part 2 of a 5 part series. The 1st article introduced the IDP concept and broke down what should be a new standard for IDP scoring. A quick review of the scoring format for #FantasyFootball7s:

The ABCs of IDP Part 2- Balance

The equally important component to a fun and entertaining league is balance. More specifically balance with roster decisions. In a non-IDP league with 1 QB, 2 RB, 3 WR, 1 TE 2 Flex, the league is putting a larger priority on WR simply by roster structure. The same is true if you only have 3 IDPs in comparison to the standard 7 on offense (QB, 2 RB, 2 WR, TE, Flex). You are forcing a priority on offensive players, neglecting what we have already established as the most exciting players on the field… IDPs.

To these fun sponges, we need a hard push back! We need to say we will no longer suffer your intolerable, and inadequate leadership of points. Actually, that will likely not get you far. More with a whisper than a shout. Suggest being a fixer instead of a fusser.

Make the roster balance happen with #FantasyFootball7s a ‘7 on 7’ format. It is a simple roster set up which allows for the balance of fantasy roster worth. In doing so making positions, draft stock, and trades more equal in value.

Last, but certainly not least

The #FantasyFootball7s format creates balance for roster positions, 7 offensive and 7 defensive plus a kicker. It also makes most real-time statistics count towards fantasy points.

First, let’s defend D/ST inclusion. In the beginning it was the standard to pick and roll with a D/ST, but the fussin’ of touchdowns against scoring methods, bad offenses giving the ball back inside the redzone, and not properly being awarded points led to a popular opinion of roster removal. However, if there is proper point production for D/ST it makes them equal, or and some instances better than the QB position. It sets up the #1 Offensive 7 against the #1 Defensive 7. Fixin’ a problem that people were fussin’ about.

Ability to Double Down

It doesn’t stop there though. With the inclusion of D/ST paired with 6 IDPs it allows an opportunity for weekly ‘double downs’ in multiple ways. For example let’s say a team selected DL J. Bosa LAC in the 8th round, and that team went with a late round selection of D/ST and have the Philadelphia Eagles D/ST.

They are using a rotating D/ST method and notice the LA Chargers have their week 1 home opener against the Kansas City Chiefs who will be playing with 2 new tackles to begin the 2021 season. They scoop up the LA Chargers D/ST on a waiver or free agency, and now have the ‘Double Down’ of J. Bosa paired with L.A. Chargers D/ST.

Hypothetically let’s say J. Bosa goes off and has a 2 sack game including one that is the Triple Crown (sack, strip, recover) loading up the IDP points but also getting ‘double’ from D/ST points. The Double Down is a gamble, a strategic weekly stat-driven opportunity that when successfully happens, feels amazing!

What are the team D/ST points set at? It is different than the normal, but it will balance out to be equal with QB.

There are a couple of points worth highlighting about the D/ST structure. The return yardage is a must not only for D/ST, but also for the individual players as well. It creates another opportunity for a ‘double down’ for offensive and defensive players.This also allows for specialists such as WR C. Patterson CHI (who offensively only produced 364 yards, 1 TD, and 21 receptions) to earn 136.70 because of his 1,017 return yards and 1 Return TD. To some 136.70 may not seem like much, but when playing in a deep league on a week with 8 NFL teams on bye… he could be a wonderful WR2 or Flex option.

The second point is when your D/ST enters into play, they do so with at least 50 points. The likelihood of shutting out a team in the NFL is rare, extremely rare. The same is true for holding them under 100 total yards. So it starts high but has the ever present potential to drop fast. This creates a sense of comeback for teams with D/ST playing in later game slots, and a bit of fear for teams that have to watch a Sunday or Monday night D/ST. It adds the sweet/sour flavor to IDP and comes in the form of a mystery.

As the expression goes, ‘the numbers don’t lie.’ The point differential is minimal allowing for balance between the highest point totals on each side of the ball. A captain vs captain if you will.

Now for the defense of the Kicker. Have you ever won or lost a fantasy match on a last second field goal on Monday Night Football? As someone who has been on the wrong end of it twice, I can tell you it is as thrilling, heartbreaking, and as an emotionally stirring experience as you can have in fantasy football outside of the playoffs.

For both battling GM/coaches decisions to come down to the last play of the last game of the week… a last second field goal; the drama, the anxiety, the anticipation, the what should have been missed field goals before the opposing coach takes a timeout to ice the kicker, to seeing the ball go between the uprights, and dealing with the heartache or triumphant joy that ensues after…

All of that to take place over a 5-minute span that can feel like an eternity as you are vigorously pacing back and forth, waiting for the outcome of something that began 5 nights ago on Thursday Night Football. AND PEOPLE WANT TO TAKE THAT EXPERIENCE OUT OF FANTASY FOOTBALL?!?!?!?! Not this guy. And to those that say kickers aren’t worth it. Let’s plug in this point system:

As you can see it is not all gimmes for the kicker, and misses shall be punished. However, season/career games are rewarded properly. It’s not every game you get a 6/6 performance that propels his team to a victory, or every year you get a perfect Field Goal percentage like K Mason Crosby GB had in 2020 (16/16). This point system allows for kickers to have just as large an impact on the outcome of fantasy games as they do in ‘real’ games,. This creates value for several strategies, either weekly streaming or bellying up and drafting with a higher pick. The top 5 of 2020 in this point system were:

The ABCs of IDP Part 2- Overall

As the numbers indicate the #FantasyFootball7s is a well balanced approach to Fantasy Football. The roster positions ‘on the field’ are the same, 7 vs 7. The draft stock is relatively the same for each position as the points are set to have relative equal value for offensive and defensive positions. Most importantly there are no empty plays. Meaning the often overlooked kickoffs, punts, field goals, extra points, and 2 point conversions are accounted for… making every PLAY potentially worth POINTS.

In order to bring the balance together, we will break down Defensive Lineman, Linebackers, and Defensive Backs (DL, LB, DB) in comparison to the top offensive skill players (RB, WR, TE) positions. This will be the focus of the third installment of the 5 piece series.

I imagine most are oozing with anticipation of playing in this well-thought-out, fun fantasy football setup. There will be a 64 team charity tournament, with great prizes, incorporating the #FantasyFootball7s point and format setting. Never played IDP? Not played a 16 team format? Never played in a point system different from platform standard? Once the charity set up is finished hop in and enjoy the ride! It is being set up and all will have an opportunity to be 1 of the 64!

Cheers everyone, be merry and play IDP fantasy football!!!

That’s it for Part 2 of the ABCs of IDP! If you want to check out our other content, you can find it here. You can find us on Twitter, Facebook, and Instagram. And, as always, if you want something more specific to your league- reach out!