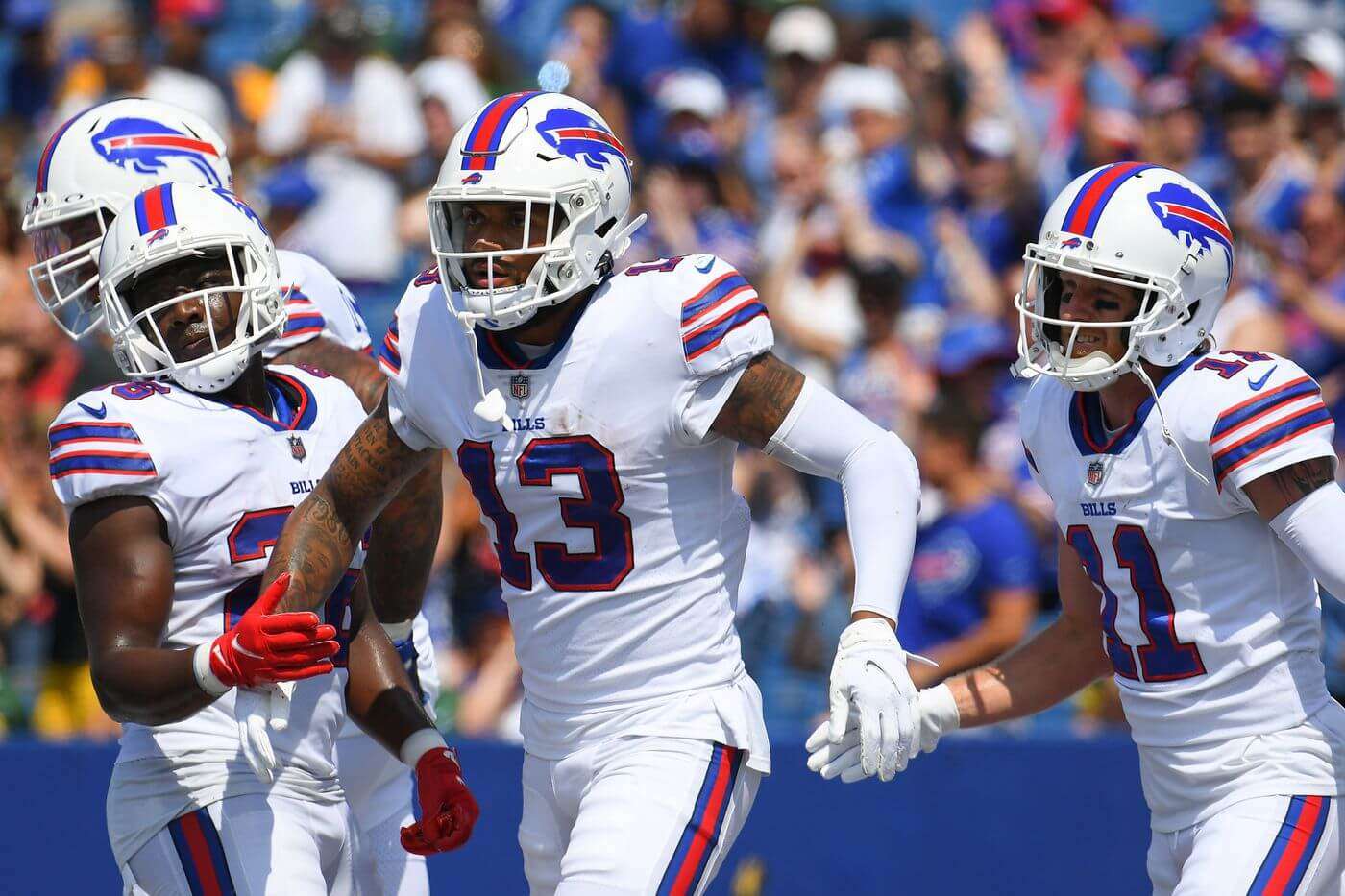 The postseason always brings surprises, one of which was Gabriel Davis’ performances- but can you trust him?

The fantasy season is over, but the NFL season keeps going. A stellar playoff performance inflates the value of a player come fantasy drafts because it’s the last we see of them. This becomes our closest memory once it hits August the following year. Cam Akers value inflated last off-season after his explosion against the Packers, and it’s easy to see why.

With the Divisional Round in the books, there are a few players who have impressed in a way that they didn’t in the regular season. These are high-pressure games. Composure under pressure is important. However, it’s important that we don’t lean too hard into recency bias. Yes, players can create a new normal, but if a player underperformed in the regular season, we should use that evidence more so than an explosive performance in the playoffs.

With that in mind, I want to explore the biggest value explosion of the post-season and tell you my thoughts on him going forwards.

In a game for the ages against the Chiefs, Bills wide receiver Gabriel Davis went for an unbelievable stat line of 8 receptions for 201 yards and 4 touchdowns. That’s a historic line and one we can’t take lightly. In a high-scoring game, Davis was responsible for all four of the Buffalo Bills’ receiving touchdowns. He beat players with speed and route running and saw a lot of end zone looks.

It was a hell of a game for Davis. However, his season was less than spectacular. Davis finished with 35 receptions for 549 yards and 6 touchdowns. He saw a 10.9% target share, which isn’t good, although he finished with 15.7 yards per reception, which was good for 11th in the NFL.

For a second, let’s look at Davis’ profile beyond his recent performance. Davis is a low percentile athlete, with a late breakout age and a college dominator rating of 34.4%, which is also quite low. There’s a reason he wasn’t taken until the fourth round, as you can see from his athletic profile below.

Davis struggled in the regular season and doesn’t profile strongly. But he just become the first player to ever catch four touchdowns in an NFL playoff game. We can’t look over that. This creates an interesting conundrum for analyzing Davis – is he a good player who is about to see an expansion in opportunity, or is this a flash in the pan for someone who couldn’t get on the field this year?

It’s easy to see the overreactions piling in on Twitter for a player who finished as the PPR WR57. Davis’ value has already blown up since the game. On KeepTradeCut, Davis is currently ranked as the dynasty WR37, climbing 33 places in the last 30 days. This means he’s currently ranked above players such as Tyler Lockett, Courtland Sutton, and OBJ.

It’s worth considering that this years’ wide receiver class is spectacular, although that seems to be the norm in recent years. Daniel Jeremiah’s recent mock draft saw six wide receivers projected to go in the first round. For reference, Davis was drafted in the fourth. Draft capital matters in the NFL, and trade of Davis for a late rookie first is likely a spot where you could grab a first-round receiver. For me, this value is obvious.

Part of this rocket in value comes from the outlook for Davis for next year. He’s tied to an elite QB, on an elite passing offense, which is losing two wide receivers next year in Emmanuel Sanders and Cole Beasley. However, I would expect the Buffalo Bills to pick up another receiving option in free agency if they choose not to re-sign Sanders or Beasley.

There’s also a question of how much the Bills trust this performance from Davis. It’s unlikely this becomes the norm for him – no one is projecting that. However, the coaching staff clearly saw a reason to keep him off the field in 2021. Yes, other options might be leaving in 2022, but Davis only saw 5 games in 2021 with 5 or more targets, and only broke the 100-yard mark once this season.

The other thing to consider is that this game was unlike most games. Josh Allen threw the ball 37 times, averaging 12 yards per reception, as the Bills wanted to score quickly against an explosive Chiefs offense. Davis profiles as the deeper threat receiver on the Bills, meaning that was a game script that worked for him. Chiefs safety Tyrann Mathieu also went down early in first quarter, leaving the top of the field more susceptible for Davis to take advantage of.

What should you do?

With Stefon Diggs ahead of him in the pecking order, Davis is never going to be a target hog in this offense. He’ll have his big games – as he’s just proven! – but I don’t think he’s ever going to be an elite option for fantasy. Davis might have an opportunity to contribute as a fantasy WR3, but I can’t see a sustainable future at the value he’s currently being priced at. Everything lined up perfectly for his explosive breakout game, and whilst I think he will have big games for fantasy, I don’t think he’ll be someone you can trust to take the next step.

For me, an incredible sell window has opened. I’d be selling Davis any rookie pick before 1.11 and thanking my lucky stars that other fantasy managers are so reactive.