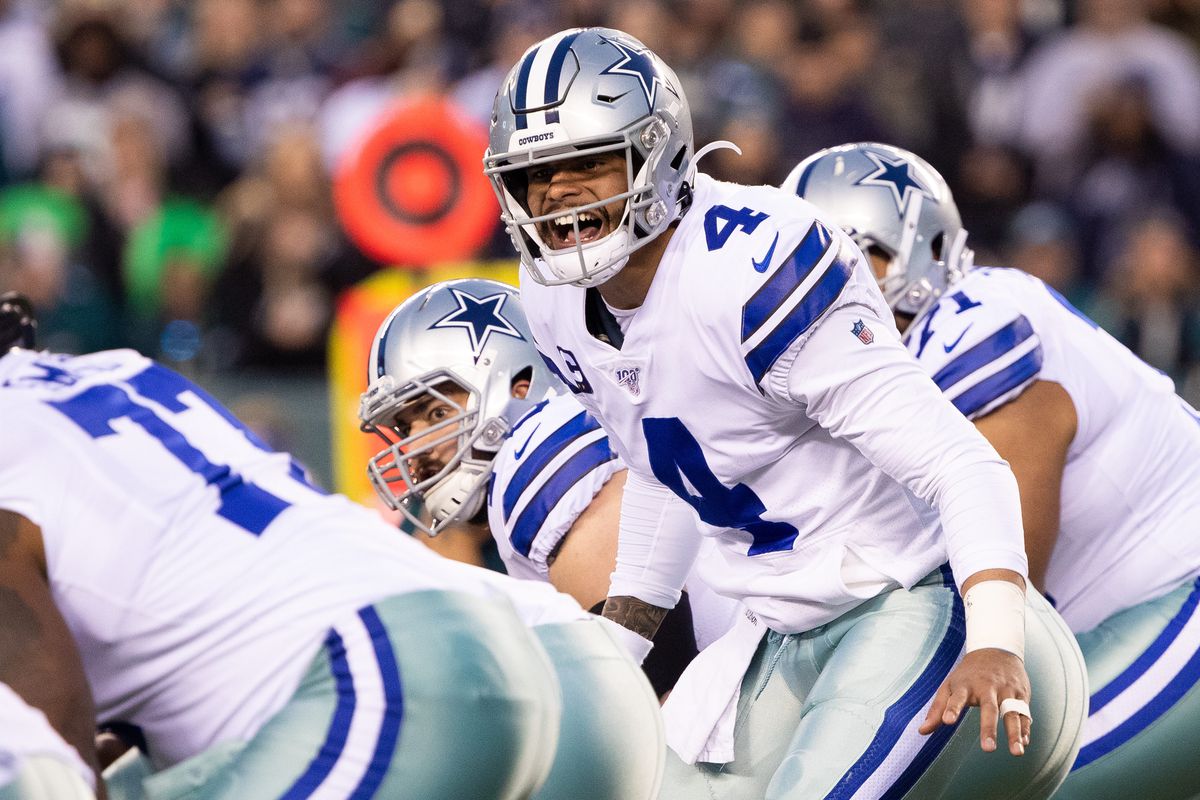 The Cowboys are looking like some time without their star QB Dak Prescott, after suffering an injury to his hand that is going to have a big fantasy impact. From the pass-catchers, to the running backs on the team everyone has been impacted from losing a player of Prescott’s talent.

Who is going to be the new QB?

The biggest question is what are the team going to do at QB. After Prescott was forced out of the game, backup Cooper Rush took over at QB. He struggled against Tampa’s defensive line, but still managed to complete 7 of 13 pass attempts for 64 yards. The early reports are that the team are happy that Rush is now the starter while Prescott is out.

Equally, it really depends on if the team are going to be looking at the short term of 6 weeks, or even shorter as Jerry Jones has said he thinks Prescott could be back within four games (shorter than the short-term estimate for the injury)

We could also see the team trade to bring in a new QB. That is likely a secondary thought, as the early reports are that the surgery that Prescott had was successful. For the purposes of the rest of this article, we will assume Rush is the starter. If you are in a deep Superflex league then I’d consider a cheap pickup of Mason Rudolph (as he was rumoured to be a trade target during the offseason) or Andy Dalton (who the team may want to bring back) could be long-shots that could pan out.

Impact on the pass catchers

The primary concern is on CeeDee Lamb, a receiver that many drafted highly thinking that he would be able to step up as the primary receiver for the Cowboys. With a downgrade at QB though, what does that mean for Lamb? Well, we have a sample size of one to look at when Rush was the starter- last season where the Cowboys took on the Vikings.

In that game, Rush was able to throw the ball 40 times, completing 24 passes. Amari Cooper led the team that day with 8 receptions for 122 yards and a single score. Lamb himself had a decent game with 6 passes for 112 yards. So, based on a sample size of one game (lol!?) he has the ability to support fantasy receivers. The team are likely to want to feed Lamb targets, so while he may take a bit of a hit, that volume of targets should still give him middle to high WR2 value.

Where I would be concerned is for the likes of Dalton Schultz and Noah Brown (potentially the return of Michael Gallup too). It will be the secondary and tertiary receivers that are going to suffer, they won’t get the volume of pass attempts that Lamb will, while their efficiency stats will take a hit.

Impact on the backfield

The Cowboys backfield is one area that is likely to be affected more. The team are likely to want to take the pressure off of their QB by running the ball. The concerns around Ezekiel Elliott to perform for fantasy are (for me) quashed a little. Elliott has a proven track record of carrying the bulk of the work out of the backfield.

Tony Pollard takes a hit in one way, as it’s far more likely that he sees less time on the field, but equally, he has really been effective when Elliott has been forced to miss games through injury. The sad fact is that as Elliott takes more carries, his injury risk increases.

Overall, I wouldn’t panic about Lamb. I’d certainly try and acquire him if a cheap trade can be found. There are going to be plenty of owners that are going to be worried about Lamb not living up to where they drafted him. If you have Dalton Schultz, I’d be looking for some streaming options that I can choose between week to week.

Otherwise, Elliott and Pollard owners should really just have improved confidence rather than any real increase or decrease in trade value. The buzz around Pollard has hurt Elliott’s value that you won’t get what he is likely worth, and Pollard himself is going to be hit while people assume the Cowboys offense just implodes.

What do you think the fantasy impact is of a Cowboys team without Dak Prescott? Remember, you can check out our articles here. Or you can find us on Twitter, Facebook, or Instagram.

O/U: How many wins will Cowboys have with Rush at QB? – Powered By PickUp