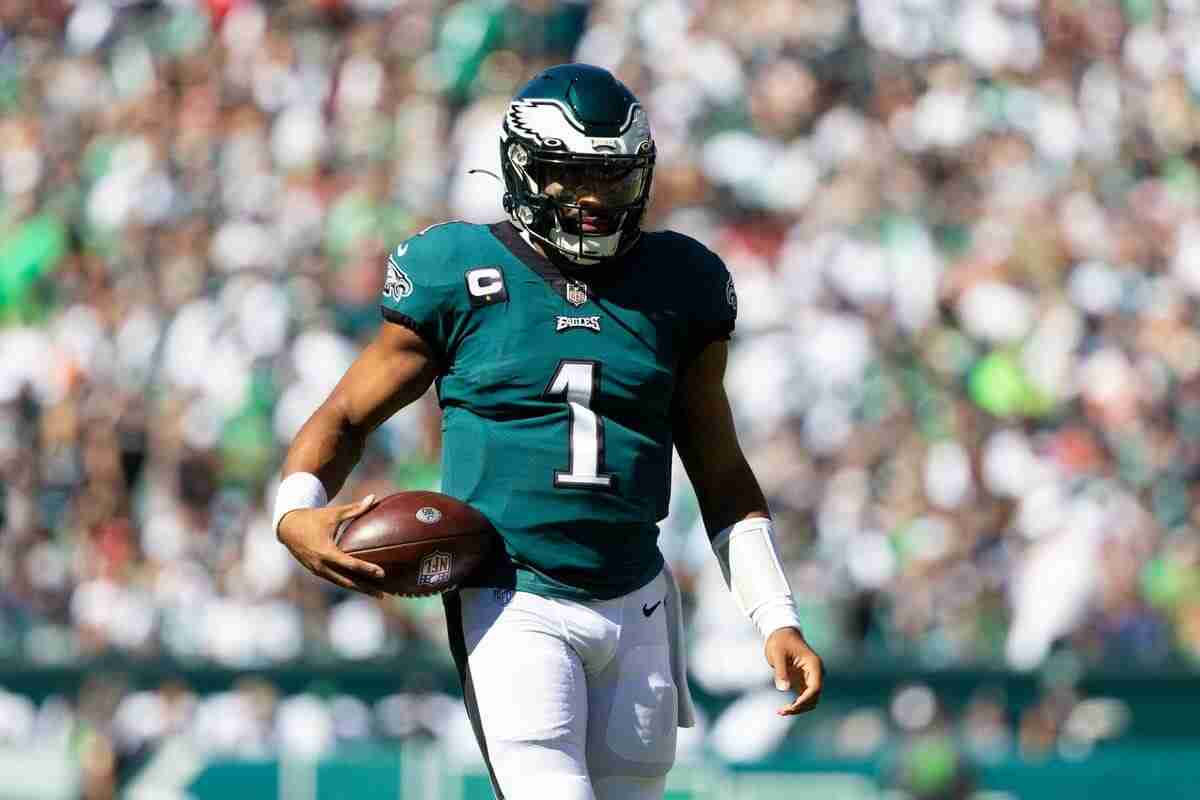 Starting Divisional weekend for the 2022 season- the DraftKings showdown, New York @Philadelphia. The third time these teams meet this season, but really you can put aside the Week 18 performance. The Eagles went for the playoff seed and the Giants rested up. I hope this is a good game, with Daniel Jones able to keep the Giants in the contest after a strong season this year. The O/U here is 48, with the Eagles an 8 point favorite.

Hurts is the latest dual-threat QB to emerge for fantasy. With his legs, he gives you a safe floor (and ceiling really with his scoring ability) as well as having the receivers to put up big numbers through the air. Hard to really consider many others as your CPT here.

If the Giants are going to be successful, then it is going to come through Barkley on offense. It certainly won’t be easy against this tough Eagles defensive line, and he struggled when these teams met earlier in the season, but he could do some special things. If he manages to, you’ve got a CPT play that will be under-owned. Just don’t go crazy with it.

Maybe the only player I’m considering as a CPT play here on the slate from the Eagles is Smith. Has been solid all season facing secondary coverage with 4 of his last six games going over 100 yards through the air. At $3k cheaper than Hurts, allows you some space to put in some other elite pieces.

Brown moving to the Eagles really stepped up this offense. Not getting the big yardage totals of Smith, but he is constantly around that bonus 100-yard mark. Has the ability to break a slate with big plays and a constant scoring threat. The pricing knocks him out of CPT consideration for me, but I’ll happily put him in as a flex option.

Jones has been solid this season, which is somewhat incredible given the receiver room has just been decimated with injury this season. One thing he seems more comfortable with this season is running the ball if a gap opens up. Against the Eagles speed and defensive line I’m not sure if he will have too many opportunities to run, but has the ability to sneak into the endzone. He could just implode as he has in previous seasons, but based on this season, a decent flex option.

Sanders has been getting volume in the offense all season, which hasn’t been the case in previous seasons. The Giants defensive line have frustrated some RBs this season, but Sanders ran all over them early in the season. If the Eagles look to limit Hurts running the ball in this one, Sanders could even sneak in for a score.

Hodgins led the team in targets last week against the Vikings, which has bumped his pricing on the main slate and is going to increase ownership here. But, the weakness in the Eagles secondary is in the slot where Richie James has been playing, so I’d lean that way this week.

Goedert has been getting involved in the offense after returning from injury. Has TD upside too with the way the Eagles use him in the redzone. Could also see an uptick in targets as the Giants try and scheme Brown and Smith out of the game.

Slayton is the deep-ball threat for the Giants. Tough matchup with the speed this Eagles defense has. I don’t mind Slayton on the slate, as a few catches could hit this value point at the price. I’m just not overly confident with the play on the slate.

James is in the majority of my lineups, as he has been getting plenty of targets in this offense and has been working out of the slot- where the Eagles have struggled at secondary. With the targets he is getting he has a decent floor, and has an effective ceiling also with his scoring ability.

Bellinger returned last week and caught a TD. Not going to get too many targets in the offense though, so is going to need to get into the endzone to hit value. With the other options on the slate, I’m not going to have too much of him.

Cager has been on the field more in recent weeks as Bellinger was on the sidelines. Nearly caught a TD pass last week against the Vikings. At the price I don’t hate the play, but there is next to no ceiling here.

I kinda just want to mention Scott because he has this really weird thing of scoring against the Giants. He has literally scored more than half of his career TDs against them, scoring in 7 of 8 games he has played against them. Not sure I’ll take the shot on him at the price, with how the team have used Sanders, but I wanted to share that stat.

Gainwell isn’t getting really any volume in the offense behind Sanders and Scott, but he has been getting some receiving work, which is important for DK’s PPR scoring. But the floor is literally a zero.

Both kickers on the slate are in play. Jake Elliott ($4,200) benefits from being on an offense that can get downfield consistently. The Giants have been able to force some stops in the redzone this season too, which could mean more FG opportunities for Elliott along with PATs from the TDs this offense scores. Equally, Graham Gano ($4,000) is worth considering. The issue is that Gano doesn’t get the same volume of kick attempts as part of the Giants offense. Of the two, I’ll go Elliott, but I’m fine with either.

The defenses are the case of the haves and the have-nots. The Eagles DST ($4,400) have speed and playmakers everywhere on defense. They have been consistently getting to the QB, with 70 sacks in the regular season. If they can get to Jones early and force him to release the ball when he shouldn’t they could get a big score here. I’m less certain about playing the Giants DST ($3,400) but I’m still happy to consider them. They have been solid upfront all season, and have playmakers in the secondary. Aren’t an obvious play, but Hurts has given up sacks this season- 38 despite playing in 15 games.