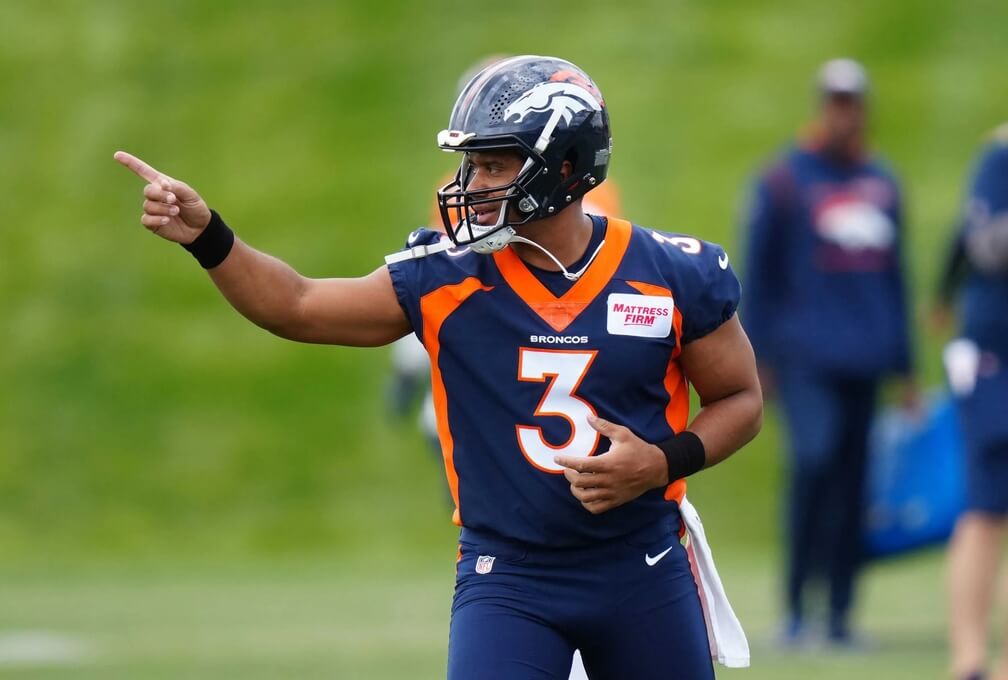 Finishing off the opening week of the 2022 season, Denver @Seattle, here we cover the DraftKings showdown slate. Opening week is always full of twists and turns, as we finally see what the teams actually look like out on the field. No more guessing, it’s time for action!

Wilson is returning to his former team with something to prove, and surrounded by offensive weapons. He might be the most expensive option on the slate, but with good reason. It doesn’t always need to be hard- with the team likely to air it out Wilson is the no-brainer option for Captain.

Jeudy has been overlooked for much of the offseason. All of the hype has been around Courtland Sutton being the receiver that is going to be elite, but Jeudy has the best QB of his career throwing him the ball now. Jeudy offers a much lower price-point than other players on the slate, so you can fit some more studs into your lineup.

Sutton is back and primed for a good season in the offense. He now has a top-level QB throwing him the ball, which should help him boom for fantasy. Sutton’s price puts him out of consideration for the captain slot for me, instead I’d opt for Jeudy, but both are fine plays.

The Seahawks receivers are hamstrung by their QB. A mix of Geno Smith and Drew Lock are going to be throwing them the ball. Metcalf was somewhat productive when he had Smith as his QB, with 14 receptions for 197 yards and 3 TDs. Lockett is going to need to work hard to try and find space on the field, but he probably has the safer floor. Both are likely to have lower ownership in the circumstances and it’s a case of what you are needing based on the rest of your selections as to who to opt for.

Unlike the Broncos backfield, the Seahawks are likely to be in a timeshare. Penny finished the season as a league winner, and the Broncos have allowed RB production- a good mix. When you consider the fact that the team are going to need to run the ball to keep the clock ticking and slow the game down, Penny should be inline to a number of touches.

The Broncos are likely to have somewhat of a timeshare. The exact split is unknown, but the fact is that Gordon is an explosive runner that is a proven pass-catcher, which gives him a decent floor. If this game gets out of hand, and the Broncos start to pull away we could see Gordon being given more carries.

Okwuegbunam has the potential to have a good game here. Wilson has a history of targetting TEs, and the Seattle defense struggled to stop TE production last season- before their defense became worse this season.

Hamler has been limited with a knee injury, but the signs are that he is going to be able to play here. The question will be how many targets he gets once you account for Courtland Sutton, Jerry Jeudy and also the backfield. Could be a pivot play in GPPs.

I’m definitely considering the Broncos DST ($4,800) in this lineup. I mean, I wouldn’t be surprised that some people put them in their Captain spot. Wilson was a big part of why the Seattle offense was effective, and their offensive line isn’t the strongest. With the playmakers Denver has on defense, they could dominate in this matchup. I’m not considering the Seahawks DST ($3,200) in this one.

For the kickers, I’m not considering Brandon McManus ($4,200) in this game, just because I don’t think we will see the Broncos needing to end many drives with field goals, which limits his upside. I am, however, happy to put Jason Myers ($4,000) in my pool of players. Myers might be the only Seahawk to even score points in this matchup. As a result, I’m likely to have him as my only Seattle player in a number of lineups and load up elsewhere.

Will Russell Wilson throw for 300+ yards in return to Seattle? – Powered By PickUp