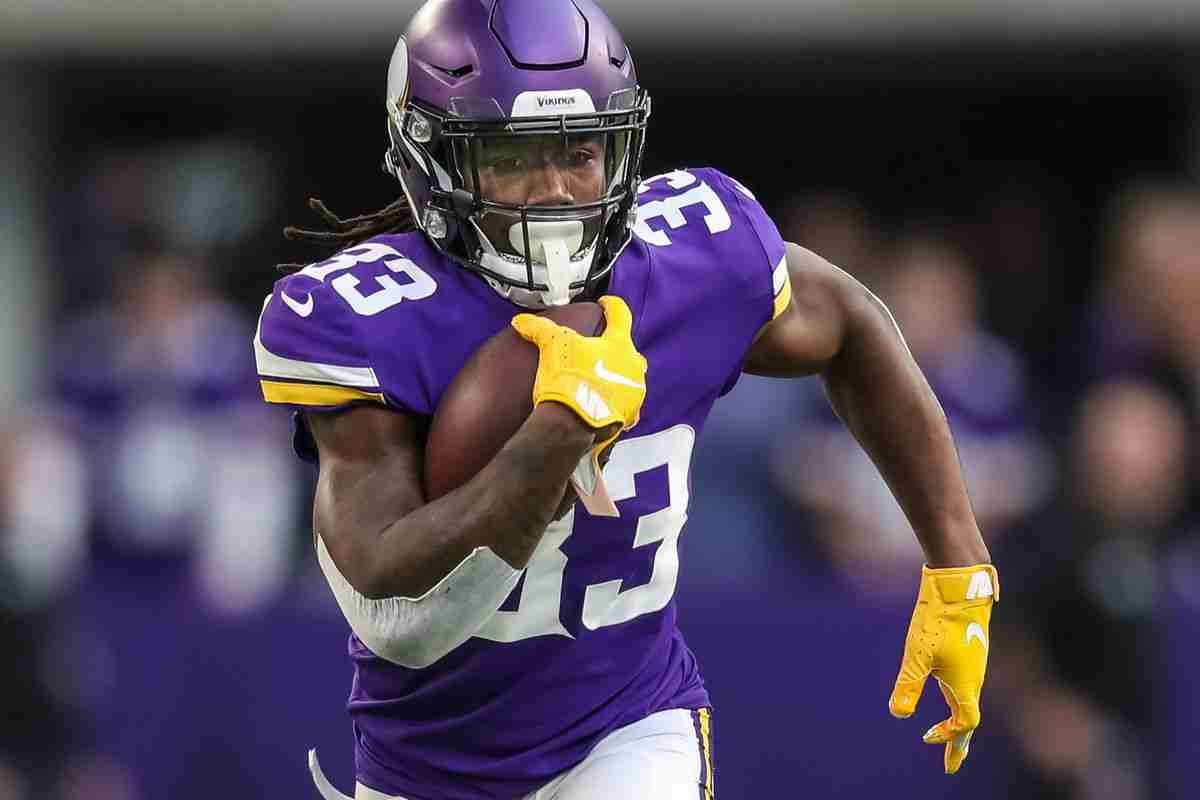 Finishing off the opening week of the 2022 season, Minnesota @Philadelphia, here we cover the DraftKings showdown slate. This one will take place in the city of cheesesteaks. It’s supposed to be warm in this Monday night game. The Eagles are expected to by 1.5 points and the current O/U is set at 50.5 This should be high scoring, especially if Cousins and the offense can gain an early lead.

The Eagles run defense looked bad and Dalvin Cook should dominate in this matchup. Philly gave up 181 yards and 3 rushing touchdowns to Detroit. I envision the Vikings gaining an early lead and then running it down the Eagles’ throat. Cook should build off his last 20 carry, 90-yard game and have a nice day against Philly.

A.J. Brown looked good against Detroit and appeared to be Jalen Hurts’ main option. He had 10 catches for 155 yards on 13 targets. The chemistry between Hurts and Brown was apparent on the field and Brown told reporters that “Jalen is his best friend”. I plan to have Brown in the captain spot in most of my lineups.

Philadelphia had trouble tackling Detroit towards the end of the game- they were using their arms instead of their body to tackle, allowing big runs from Swift and Williams. The pass defense looked solid and would scare most people from the Minnesota passing offense. However, he should match up against linebackers and safeties and have a more favorable matchup. In his last game Jefferson was targeted 11 times and had 2 catching touchdowns.

The Philadelphia offensive line allowed a ton of pressure on Jalen Hurts. However, Hurts did a good job of rolling out of the pocket and finding an open man downfield. I envision Hurts in a similar spot against Minnesota. In his last game he attempted 32 passes and rushed 17 times for 90 yards and a touchdown. Hurts should continue to rack up the rushing stats as Minnesota will apply a lot of pressure forcing Hurts to role out of the pocket.

Thielen was a player I had in showdown slates last week, and he struggled to hit value as Jefferson ran all over the defense. The Eagles secondary are going to attempt to slow down Jefferson with double coverage, which should open up room underneath. With redzone opportunities too, Thielen could be a decent option.

Smith could be a sneaky pivot from A.J. Brown. The majority of the field is going to opt for Brown after he blew up last week, and completely overlooking Smith. He has talent, and facing secondary coverage could deal some damage.

If the Eagles do play from behind, expect to see a ton of snaps from Gainwell. He is the feature back in Philadelphia’s 2-minute offense. He had 5 carries for 20 yards, was targeted 4 times, and scored a touchdown against the Lions. In their last game the Eagles played with a lead, in this game they will play from behind so I expect more usage from Gainwell.

Jalen Reagor is a speedy punt returner and could return a punt/kick off to the house. I know he wants to get revenge on his old team so I plan to stack him with Minnesota’s defense. Also if one of Minnesota’s receivers goes down, Reagor will be next in line. A cheap square that doesn’t need much to hit value, allowing you to spend up elsewhere

I don’t want to grab either DST in this matchup the Viking DST ($3,600) are the more playable, given that Hurts has shown he can easily turn the ball over and could grab some sacks. The Eagles ($3,400) are going to struggle to hit value, even if they score a TD.

Of the kickers, Jake Elliott ($3,800) is my choice. The Eagles could stall out against this Vikings D, leading to some long attempts at a field that Elliott is used to. Greg Joseph ($4,000) has been a solid option, and has a long leg, but could suffer if the team opt to go for it on 4th.

So, there are our DraftKings selections for the 2022 Showdown of Minnesota @Philadelphia! Remember any DFS questions, you can check out our articles here. Or you can find us on Twitter, Facebook, or Instagram.

Vikings at Eagles: Who wins on MNF? – Powered By PickUp