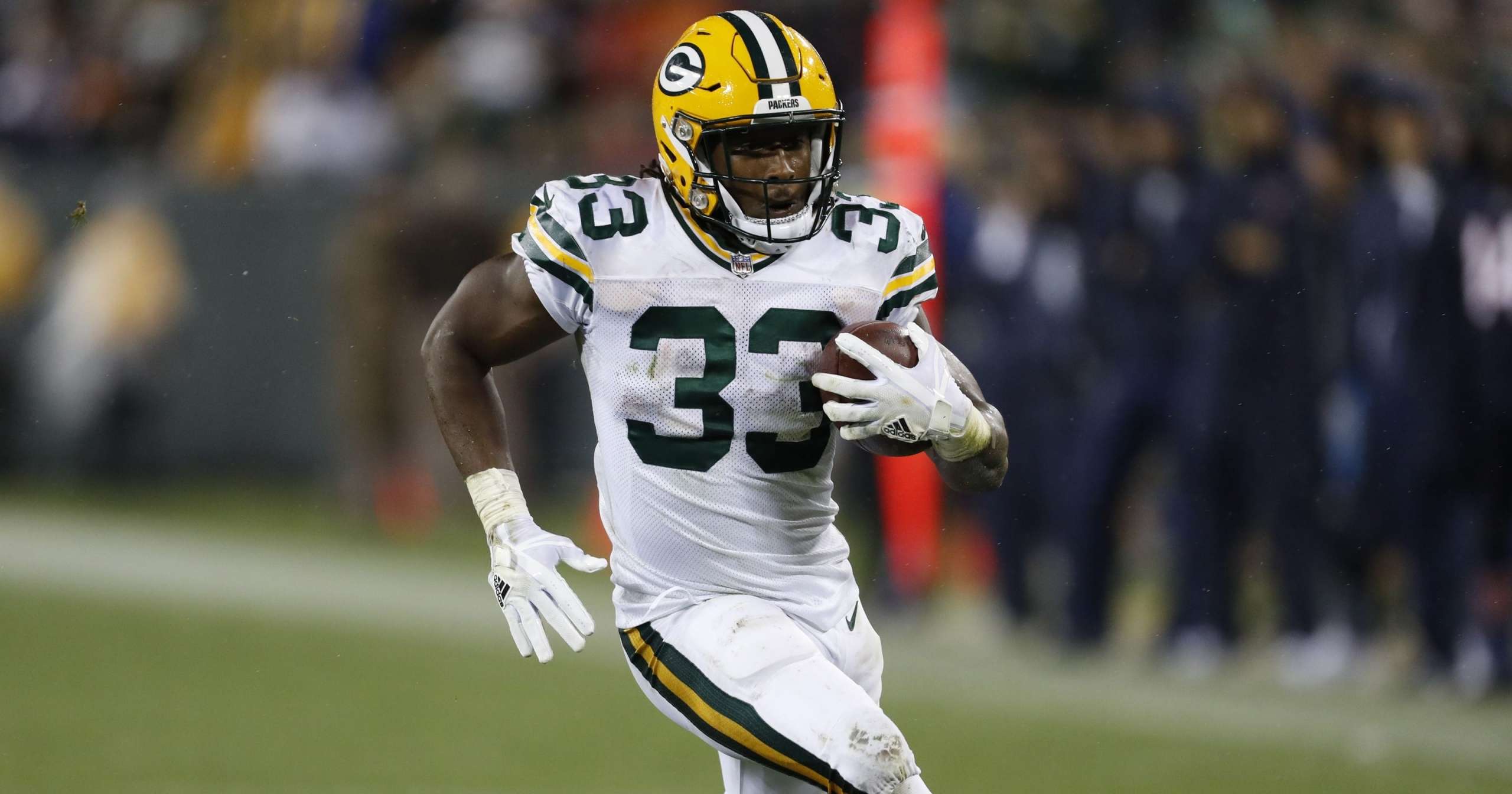 Autumn is upon us! The clocks went back (at least in the UK) making it slightly easier to stay up and watch the action. This week also represents the last game being played at Wembley with a divisional matchup between Houston and Jacksonville. If you are going then enjoy it! Now, let’s get onto our Week 9 selections for DraftKings Football contests.

With a number of teams on bye this week there are some positions that we will be forced to pay up for. Without further ado, let’s move onto our selections for this week!

This week I’m looking to try and save money at the quarterback position so that I can spend my budget elsewhere.

If I do find myself with excess budget Matthew Stafford ($6,900) is my favorite option. Detroit are without their starting running back Kerryon Johnson. The replacements have stalled the ability of the backfield to be the threat it was. Oakland gives up an average of 25.1 points per game to quarterbacks. With the dual-threat of Kenny Golladay and Marvin Jones, there is a constant deep threat in this game.

Outside of that, I’m filling out the rest of my team and then returning to the quarterback. Then you are looking for a player that has some upside, but they all have risks associated with their name.

Derek Carr ($5,500) leads an Oakland offense that primarily looks to do its damage on the ground. But Detroit are a team that has allowed quarterbacks to have good games against them. Oakland has a deep threat in Tyrell Williams, as well as Darren Waller and Josh Jacobs as shorter targets. Detroit are likely to score points- and Oakland will need to answer them.

Philip Rivers ($5,100) is another cheaper option this week. Leading an offense that will need to pass the ball early and often, but the matchup carries a lot of risks. Green Bay has allowed an average of 16.3 points to the position this season, and Rivers has struggled with turnovers this season. However, the volume of attempts should give Rivers a good chance at hitting value.

Aaron Jones ($7,000) has established himself as the lead back for Green Bay. Having previously been used as the back to kill time and on early downs work, he firmly established himself as an effective receiver last week. Jones caught seven passes for 159 yards and two touchdowns last week against Kansas City. While that is unlikely to repeat itself, Los Angeles are one of the worst units in the league at defending running backs his season. That should allow for plenty of opportunities to add to his eight rushing touchdowns this season. Throw in the additional receiving work out of the backfield and Jones becomes a great running back option.

Josh Jacobs ($6,500) is the lead back on an offense that likes to run the ball often and effectively. And this week they are going up against one of the worst units in the league at defending the run. Detroit has given up an amazing 32.5 points on average to the position. Given the distribution of work that should give plenty of opportunity for the rookie back.

Frank Gore ($4,300) needed a mention here- the matchup dictates it. Buffalo faces up against Washington, who give up an average of 28.5 points to the position (one of the highest in the league). Devin Singletary is the more exciting back to watch, but currently, the backfield is Gore’s. Against Washington, he should be given plenty of touches including a number of short-yardage touchdown opportunities.

Kenny Golladay ($7,700) is one of the most expensive receivers this week- but for very good reason. Detroit moved away from their ground and pound offensive plan last week, with Kerryon Johnson missing his first full game with his knee injury. The team found success last week and should find more success this week against Oakland. Teammate Marvin Jones is another player that can be slotted into line-ups, but grabbing the primary target who scored two touchdowns last week is a great choice.

Allen Robinson ($6,800) is a higher risk play in the top wide receiver options- primarily due to being tied to quarterback Mitch Trubisky. However, the Chicago wide receiver is effectively the only receiving option for the team. Robinson leads the teams in targets this season, with Tarik Cohen in second, 20 targets behind him. There is certainly a concern with Robinson only scoring three touchdowns this season, with two of those coming in the game in London against Oakland. This week offers a great get right opportunity though with Philadelphia giving up the most points in the league to the position. Robinson is likely to get a majority of that production, giving the supporting cast.

D.K. Metcalf ($5,700) had the first multiple touchdown game of his career last week against Atlanta and this matchup at home fits the same blueprint. Tampa Bay is incredibly soft at defending wide receivers, but have an effective pass defense. That will force Seattle to move away from their tried and tested attack on the ground. Tyler Lockett offers another great option but has struggled with primary coverage this season. Pivoting to the rookie for this game doesn’t offer the same floor, but his ceiling presents a great opportunity this week.

Mike Williams ($4,600) is still without a touchdown this season, despite being one of the team’s favored options in the red-zone. The Green Bay defense has been effective at stopping teams this season on offense, and the offensive line is an issue for Los Angeles. But, at some point he is bound to score his first touchdown of the season- this week offers a great opportunity against a team that has struggled to stop big-bodied receivers in recent weeks.

Hunter Henry ($6,000) has jumped up in price this week, but I’ve found myself having to pay up for him. Green Bay has been an effective offense, bringing pressure on each snap, but they have allowed tight ends to have success against them. This week they play one of the better ones in the league. Los Angeles, who have historically utilized their tight end in their offense. Henry fell back to earth last week, catching four passes for 47 yards, but in the two games before he caught 14 passes for 197 yards and two touchdowns. That involvement in an offense that will need to pass the ball often means he is one of the stronger plays at the position.

Cameron Brate ($3,100) is the only other player that I would consider this week at tight end. Seattle may not have the defense they had a few years ago back in town, but they are still a great unit. One weakness for the team, however, is the tight end position. The team has conceded an average of 16.5 points to the position this season. O.J. Howard hasn’t been himself this season and is likely to miss the game with an injury. That presents Brate with an opportunity to finish as one of the highest scorers at the position this week.

Cleveland ($3,100) are set to face Denver’s third-string quarterback this week with both Joe Flacco and Drew Lock side-lined with injury. That should mean that the team scale back the offense, and allow Cleveland to get on top of them. The talent of defense that the team has means a game of multiple turnovers and interceptions is on the cards- even if the team is on the road.

Philadelphia ($3,000) faces up against Chicago at home this week who are one of the biggest disappointments this season. Chicago’s defense hasn’t been effective at getting off of the field, which should give the Philadelphia defense plenty of rest this week. Combine that with the offensive struggles and inconsistency of quarterback Mitch Trubisky and that’s the recipe for success.