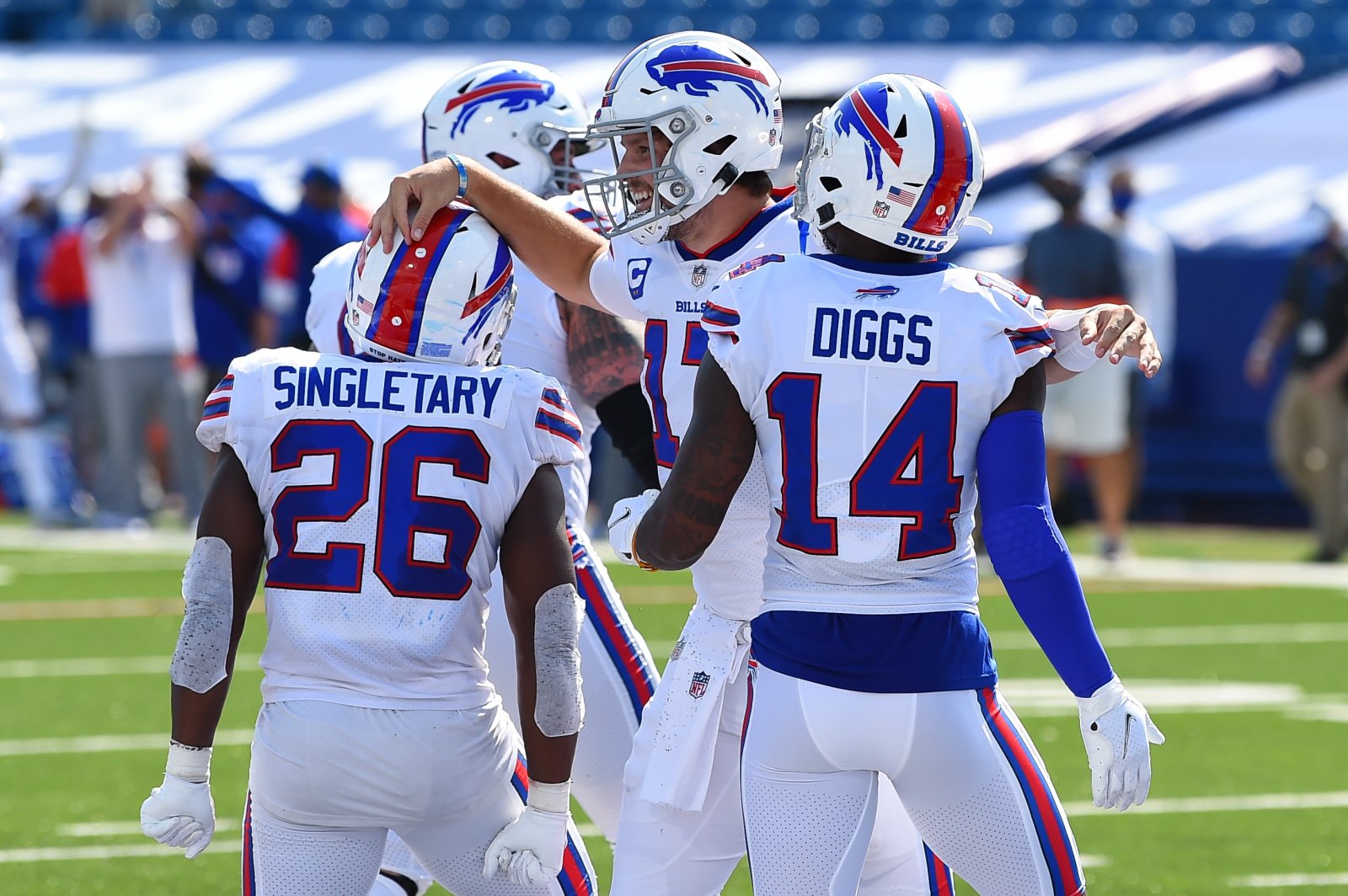 The 2020 playoffs are here, and we continue with our DraftKings Showdown coverage with Buffalo @Kansas City. At the moment Vegas has set the O/U to 54.5 with the Chiefs winning by a field goal.

Stefon currently holds 28% of his team’s targets with the majority of them within the 10 yard line. Steve Spagnuolo, the Chiefs defensive coordinator, will look to limit Digg’s effectiveness after the catch. However, many have tried but many have failed. In his past two playoff outings, against two great defenses, he has posted 6-128-1 and 8-106-1. Diggs makes an excellent captain pick due to his price and volume in a potential shoot out.

Kelce is the primary cog in the well oiled Chiefs offense. This season he has been averaging 9 targets per game but recently has been averaging 12 targets. Over the past four weeks he has averaged two red zone targets a game and in his last game he posted numbers 8-109-1. I expect the Bills to have trouble against Kelce as they give up 15.15 fantasy points to opposing tight ends. Travis a long time ago played quarterback so he understands where the soft spots are in zones which make him a reliable pass catcher for Mahomes in blitz coverages. He is worth every penny in the captain spot and has potential to finish the night as the highest scorer.

In his last outing he post 8 catches and 110 yards. He also had 3 carries and 2 red zone targets. Hill’s usage is through the roof and I expect it to translate to a ton of fantasy points in the shoot out. He currently leads the team in targets of 20 plus yards. The Cheetah will most likely be guarded by Tre’ Davious White, an excellent corner that would give most wide receivers a challenge. Hill should be able to win this matchup as long as the Bill do not double team Hill. His high ceiling of 40 fantasy points makes it hard not to have him your lineup. If you don’t place him in the captain spot then I would recommend putting him in the flex.

Josh Allen has a positive matchup against the Kansas City chiefs. The chiefs have averaged the most allowed fantasy points to the quarterback position. He currently holds a 24% of the teams rushing share. The only person that leads him is Devin singletary. The team relies on his decision making and he averages 35.75 passing attempts per game and at least 2.75 passing touchdowns over the last 2 weeks. He is projected to be the second highest scoring player of the week

over the past Four weeks Beasley has been averaging 4.7targets per game and 24.7 receiving yards. Unfortunately he doesn’t have a touchdown in the playoffs but for the season he averaged .6 touchdowns. The chiefs do a good job locking down short passing yards which doesn’t bode well for Beasley but he has potential to make big plays 20+ yards on crossing or option routes

Last year’s MVP is recovering from a concussion but is expected to play Sunday. His ability to read the defense, move the ball in the air and with his legs makes him a great play in your lineup. Over the past four weeks the Bills have allowed an average of 16 fantasy points to opposing quarterbacks. Mahomes should easily exceed 16 fantasy points with a healthy Kelce and Hill. The Bills are known for applying pressure to opposing QBs but Mahomes seems thrive in such situations. Under pressure Mahomes averages a QB rating of 81.3, a QB rating higher than most quarterbacks season average QB rating.

if Sammy Watkins isn’t back at full strength then Hardman grades out to be a good flex option. Demarcus Robinson will primarily be used as blocker so Hardman will be needed for a few deep shots. Last game he caught four passes and 58 receiving yards. Although he he didn’t score a touchdown in the last playoff game he had two red zone targets.

Gabriel Davis is listed as questionable which could lead to more opportunities for Brown. This game is expected to be a shoot out and Brown will have a significant role in this game. Brown provides a vertical threat for Josh Allen and will be relied on if Bills find themselves behind early. Over the past four weeks John has averaged 6.3 targets and 0.3 red zone targets a game. He makes a great pivot from Diggs or you can pair him with Diggs to absorb all the Bills points.

So, there are our DraftKings selections for the 2020 Showdown of Buffalo @Kansas City! Remember any DFS questions, you can check out our articles here. Or you can find us on Twitter, Facebook, or Instagram.